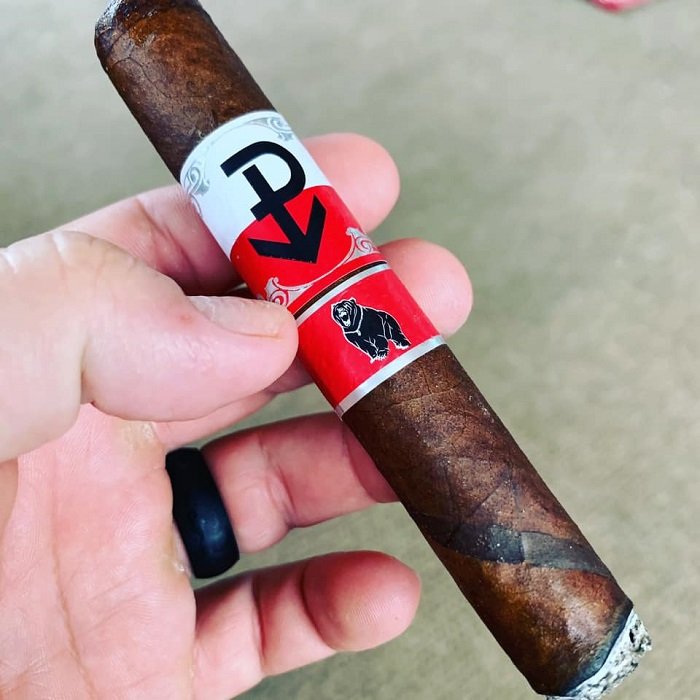 The Powstanie Wojtek 2020 Limited Edition has begun shipping. This is the second release for the line and comes in a 6×52 Toro vitola with Ecuadorian Habano and Mexican San Andrés Barber Pole wrappers, Indonesian binder and fillers from Nicaragua. Five hundred boxes have been produced and each contains 21 cigars with a per cigar price of $13.00.

The original cigar in the line was a 5×50 Perfecto that was released in July of 2019 and you can see our review here.

Wojtek, or the War Bear, as per Wikipedia was a Syrian brown bear bought, as a young cub, at a railway station in Hamadan, Iran, by Polish II Corps soldiers who had been evacuated from the Soviet Union. In order to provide for his rations and transportation, he was eventually enlisted officially as a soldier with the rank of private, and was subsequently promoted to corporal. He accompanied the bulk of the II Corps to Italy, serving with the 22nd Artillery Supply Company. During the Battle of Monte Cassino, in Italy in 1944, Wojtek helped move crates of ammunition and became a celebrity with visiting Allied generals and statesmen. After the war, mustered out of the Polish Army, he was billeted and lived out the rest of his life at the Edinburgh Zoo in Scotland.