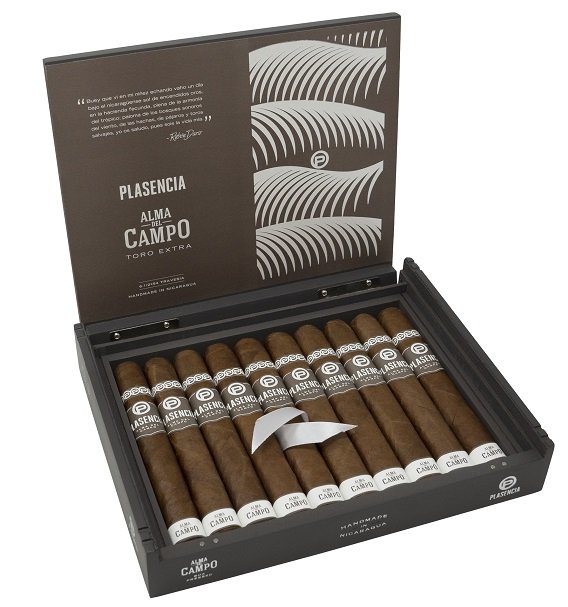 (Miami, Florida) September 24, 2020- Plasencia Cigars, a world leading premium tobacco grower, announces that the Alma del Campo Travesia in its new Box Press incarnation, is now shipping to retailers. This new expression of the blend represents the first line extension in the wildly popular Alma del Campo series, which launched at the 2017 IPCPR.

This updated version of the Alma de Campo Travesia was born as a response to the public, which consistently requested a box press.

Nestor Andres Plasencia, CEO of Plasencia Cigars stated:” As tobacco growers and premium cigar manufacturers it is important to draw inspiration from the consumer. Open communication with retailers, consumers, and colleagues propels us to create the finest quality in tobacco product, which has been our goal since 1865. The result was to offer the Alma del Campo Travesia in a Box Press format, to further serve the cigar community.”

Smokers of the Alma del Campo Travesia Box Press will experience an even creamier and smoother version, of the Alma de Campo series. This blend is a Nicaraguan puro created with tobaccos curated from the vast Plasencia tobacco portfolio. The Alma del Campo series of cigars is known for its perfect balance, complex flavors, delivering notes of coffee and nuts. It is a very creamy cigar, with a hint of spice.