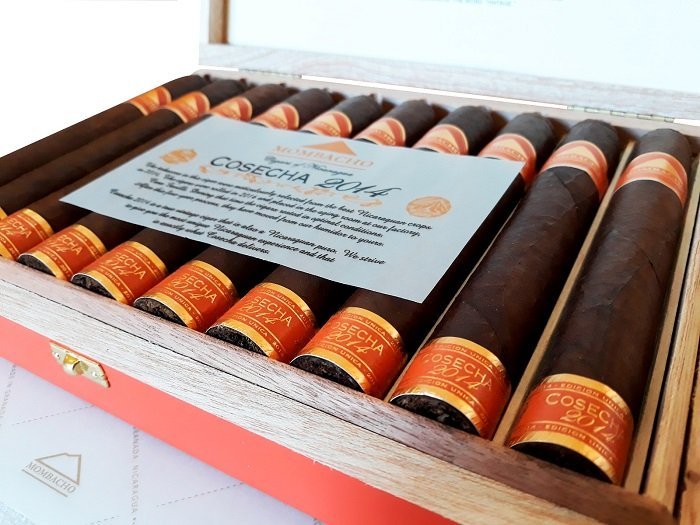 GRANADA, NICARAGUA. – (June 18th, 2019). Mombacho Cigars S.A. announced today that the highly anticipated Cosecha 2014 is shipping worldwide. Cosecha 2014 is a vintage Nicaraguan puro and will be available at select cigar retailers in the near future. The cigars will be distributed to retailers around the globe once they reach the warehouses Mombacho uses to serve its international markets.

“True vintage is almost impossible to find in the cigar industry and we have created a cigar that showcases the best of Nicaraguan tobaccos with Cosecha. Cosecha 2012 was great and Cosecha 2013 was even better, Cosecha 2014 will surprise the aficionados once again.” said Claudio Sgroi, President and Master Blender of Mombacho Cigars. “Cosecha is a project that has been in my heart since the day I started working with Mombacho and I am thrilled to share it with all of you now” added Sgroi.

The Spanish word “Cosecha” translates to “harvest” in English and is the perfect name to convey the genuine vintage nature of the Cosecha line. The Cosecha 2014 is the third release of this limited vintage line and features Nicaraguan tobaccos harvested in 2014. The cigars have been in the aging room at Casa Favilli, Mombacho’s state-of-the-art factory in Granada, since early 2016. Currently, Cosecha 2015 cigars have already been rolled and are resting in the aging room at Casa Favilli and Cosecha 2017 will soon be in production and ready for distribution in 2022.