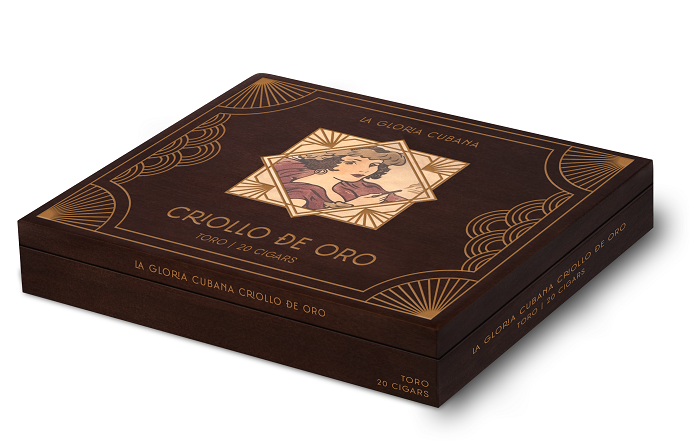 The new, two-cigar collection is handcrafted by artisans at the El Credito Cigar Factory in Santiago, D.R. and will ship to retailers in October. Only 3,100 boxes in total will be released.

To achieve the finely balanced, medium-bodied profile, the artisans of La Gloria Cubana have punctuated the rich Criollo de Oro wrapper with a hearty Connecticut Broadleaf binder, and a blend of Nicaraguan and Honduran filler tobaccos. The result is a provocative smoke that celebrates the nuances of the wrapper, layering it with notes of tobacco sweetness, earth, cedar and citrus. A slightly spicy aroma lends an added dimension to the experience.

Steve Abbot, senior brand manager for La Gloria Cubana, commented, “We created Criollo de Oro in the La Gloria Cubana in the tradition of blending proprietary and traditional tobaccos to deliver exciting smoking experiences. Our artisans have delivered a cigar with a distinctive taste profile, crafted according to the brand’s meticulous standards. We’re confident that Criollo de Oro will appeal to a wide range of discerning premium cigar enthusiasts.”