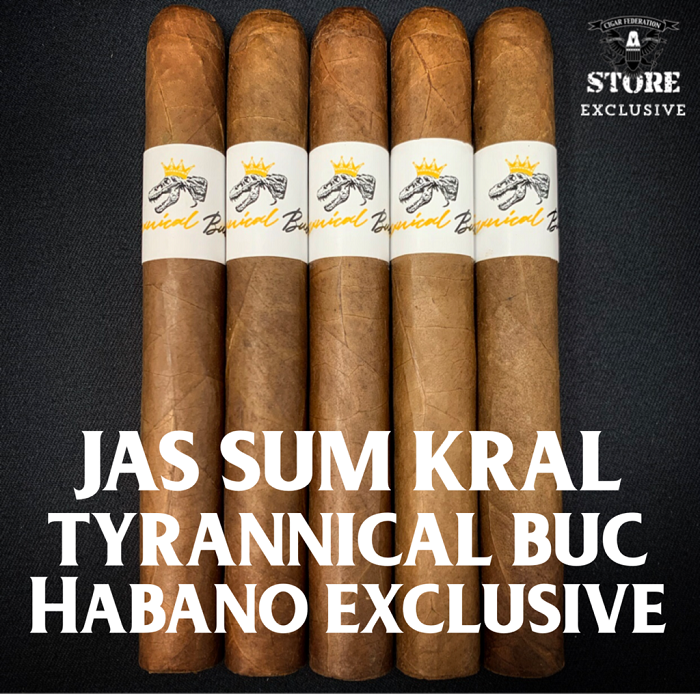 With the success of the Broadleaf Maduro and the Connecticut Shade Tyrannical, it’s time to unleash the JSK Ecuadorian Habano Tyrannical Buc.

The JSK Tyrannical Buc Habano is an exclusive release that will only be available online at the Cigar Federation Store, as well as 2 B&M locations—Ezra Zion Cigar Lounge at Marker Cellars and Ezra Zion Cigar Bar at Trinity St.

JSK Tyrannical Buc Habano Exclusive is a 6×50 Toro made at Tabacalera de Argon. Wrapper is Ecuadorian Habano. Binder is Nicaragua from Jalapa. Filler tobaccos are from Condega, Esteli and Pennsylvania, USA.

“This is our greatest Tyrannical Buc release ever. The tobaccos are some of the most legendary stuff I’ve ever worked with.” noted Jas Sum Kral owner Riste Ristevski.