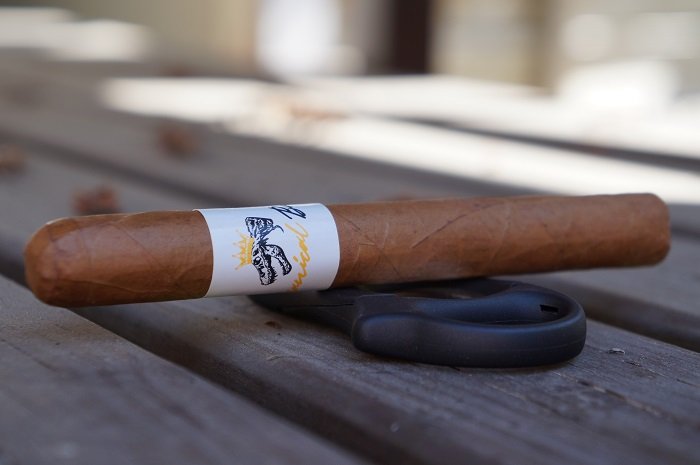 The wrapper on the Jas Sum Kral Tyrannical Buc Connecticut Generosos is a light golden brown and has a few slightly raised veins present. The seams are easily visible as they are slightly raised in some areas. The head is finished off with a well applied double cap. The band is the same as what is on the Maduro offering with the simple white band with the line name and artwork. The aroma from the wrapper is a full mix of hay and wood while the foot just brings a faint wood. The pre-light draw is an interesting mix of sawdust and baking spice. 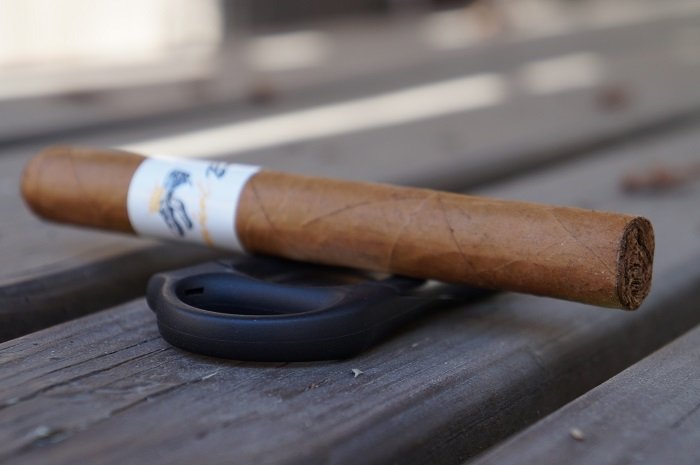 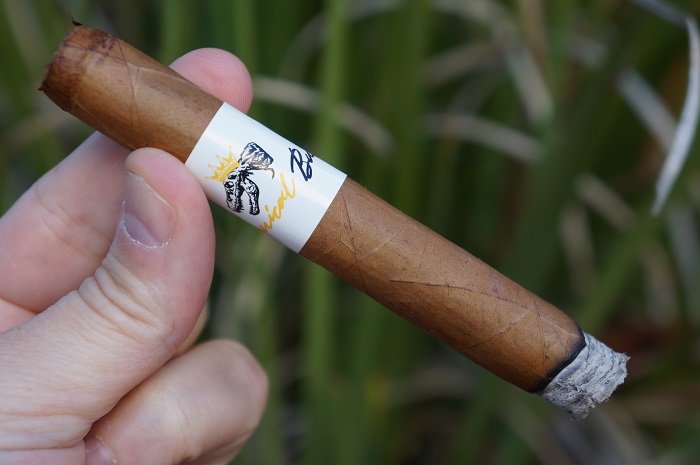 The second third is a continuation of the profile from the first third. At a quarter inch in, the baking spice has dropped from the profile. At three quarters of an inch in, a faint baking spice returns while the toasted wood has also gained a light bitterness. The retrohale now carries the toasted wood and creamy coffee. At an inch and a quarter, the mustiness has taken the lead in the profile with the toasted and slightly bitter wood behind it and the creamy coffee and baking spice disappearing. As the third comes to a close, the mustiness with toasted and bitter wood continues on. The strength in this third bumped up to medium. 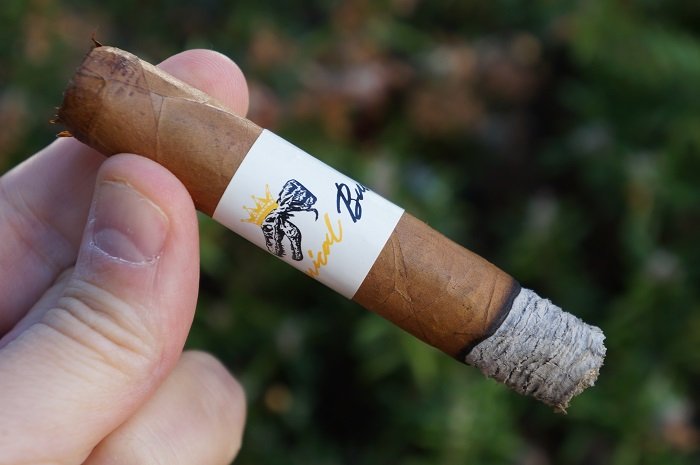 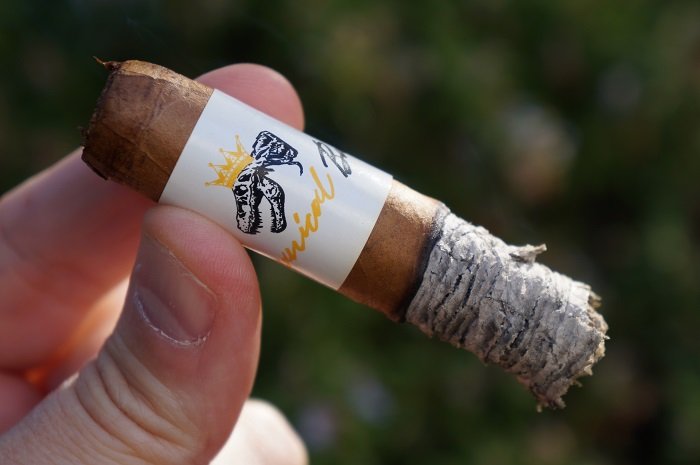 The burn was a little jagged at times but never needed any attention. The ash held on in three quarter inch increments. 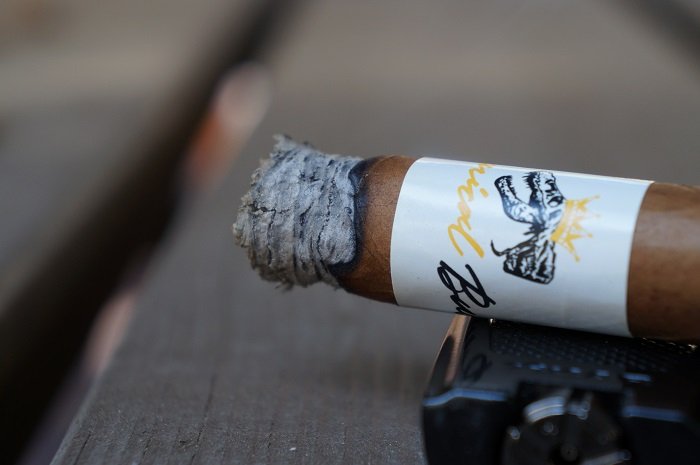 The draw was fairly snug throughout and a draw tool didn’t bring any relief.

The cigar began with toasted wood and baking spice and some mustiness joined in fairly quickly. Some creamy coffee also joined in. By the second third, the profile was focused on the toasted wood and mustiness and held on through the end as some bitterness also became present. The draw was fairly tight and may have cut down on some flavor delivery. Strength was right around medium the whole way. While the Jas Sum Kral Tyrannical Buc Connecticut Generosos had a good start, it became fairly average by the middle of the second third. I’d be interested in trying this again in hopes of a better draw to see if that improved things. Between this and the Maduro, I feel the Maduro is a much more complete cigar and would be my preference. If you’re a Connecticut fan, give this a shot, just know that there may be some elevated strength.