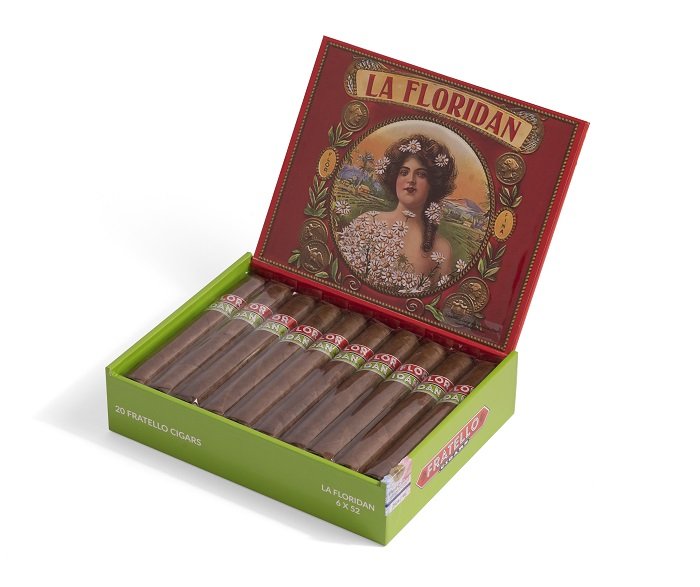 Fratello Cigars is pleased to announce the launch of La Floridan. La Floridan will make its debut in October 2022 at ABC Fine Wine and Spirits. Initial production is set to 12,000 Cigars.

La Floridan dates to 1909 and was originally manufactured in Tampa Florida. “I find historical cigar brands fascinating. I try to put myself in the shoes of the mastermind behind this 100-year-old brand and its intended connection to its target market.” Said de Frias. With the launch of this cigar, Fratello intends to further highlight the long history of tobacco in Florida.

La Floridan will debut in a 20 count 6 x 52 format, with a suggested retail of 9.99 per cigar. Produced in the La Aurora factory in the Dominican Republic. “La Floridan is a full-flavored cigar with a medium body profile that is layered and complex.” Said de Frias.

“We are excited to collaborate with Fratello on the production of La Floridan. The cigar will fit right in with our clientele and our history.” Said Gwaltney. ABC Fine Wine and Spirits has been a family owned and operated business since 1936.