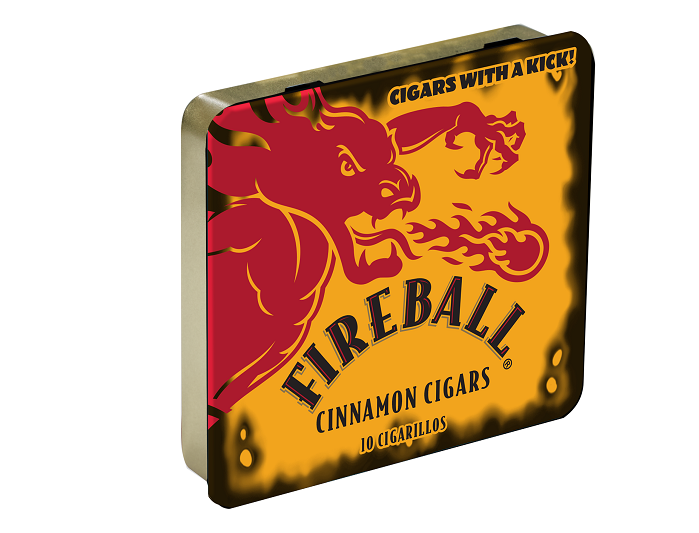 Developed in partnership with Fireball Whisky, the Fireball flavored cigars are made in the Dominican Republic with a mellow blend of tobaccos that includes an Indonesian wrapper, a Dominican binder and Dominican filler tobaccos. A proprietary flavoring process imparts every draw with the sweet heat of spicy cinnamon.

Fireball cigars will be a full-time offering available in a cigarillo and a corona size, presented in tins and packs featuring the iconic, fire-breathing dragon and red, gold and black branding elements of the globally-popular spirit. The smokes will debut at Thompson Cigar and ultimately available at Cigars International (online and retail), Cigar.com, and other popular online and brick & mortar retailers. National wholesale distribution of Fireball flavored cigars will be handled through Meier & Dutch. The cigars are available now for pre-order, and will ship in mid-June.

Kevin Irvine, product coordinator of Scandinavian Tobacco Group’s (STG) Online and Retail division said, “Fireball is one of the most celebratory and sought-after spirits on the market and we’re proud to bring that unmistakable experience to life for our customers. For us, Fireball speaks to disrupting the market with a cigar that’s totally fun and unexpected and we’re confident this new line will be an instant hit.”