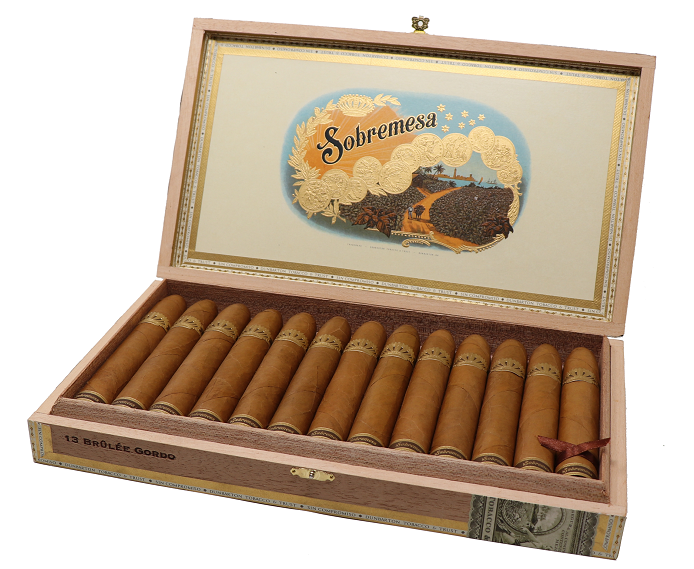 Today, Steve Saka mentioned in a Facebook post that the Sobremesa Brûlée line would be receiving two new vitolas in 2020. The first will be the Brûlée Double Corona – 7″ x 54 which will be available this Spring, initially in limited quantities. Saka mentioned that he has received multiple requests from retailers for this size.

The second vitola will be the Brûlée “Blue” – 6.25″ x 46. Saka said of this size, “this is for the cigar geek in me and likely not a big seller, but screw it, I absolutely love this format.” This cigar will be made available to order at PCA 2020 in July as a Limited Edition vitola.

Pricing is not yet available.

The Brûlée is a variation of the core Sobremesa® liga in which the Pennsylvania Seedleaf ligero has been removed, the Condega Seco has been increased and the wrapper is replaced with a top shelf grade of BW Ecuador Connecticut Shade leaf. Sobremesa Brûlée was initially released in July, 2019 in three vitolas: Brûlée Robusto – 5.25 x 52, Brûlée Toro – 6.00 x 52 and the Brûlée Gordo 6.25 x 60.