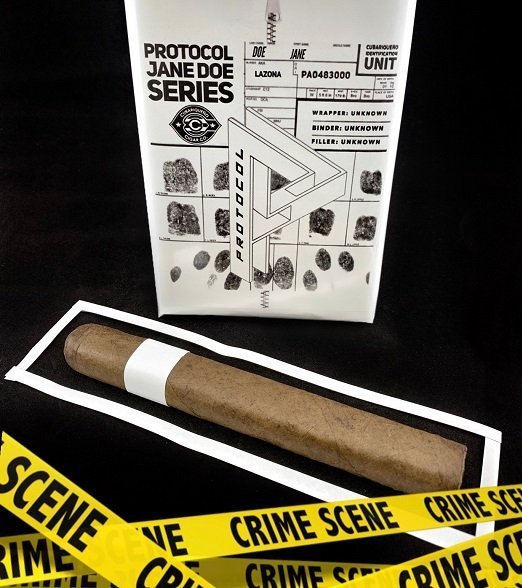 Pennsylvania (Monday May 27, 2019) – Cubariqueño Cigar Co. announces the release of the Protocol Jane Doe, a follow up to the quick selling John Doe. The John Doe is now a unicorn.

John and Jane Doe are the names given to unidentified persons. Males are given John Doe and females are given Jane Doe. The cigars are packaged in 10 count white paper bundles and no information is known on the blend. This project is a Limited Edition with an undisclosed amount of bundles. They will be available after the party if any are left over.

The authorities are asking the public’s help in identifying our Jane Doe. The pricing is set at $99.00 per bundle. The cigars will be available first to those attending Cubariqueño Cigar Co. 4 Year Anniversary Party this coming Saturday, June 1, 2019 at a special discount rate. The cigars were produced at LaZona in Estelí, Nicaragua.

Cubariqueño Cigar Co. will again hold its Anniversary Party at the Holiday Inn, Clinton NJ at 2pm. All that contributed to the success of the company are invited to attend.