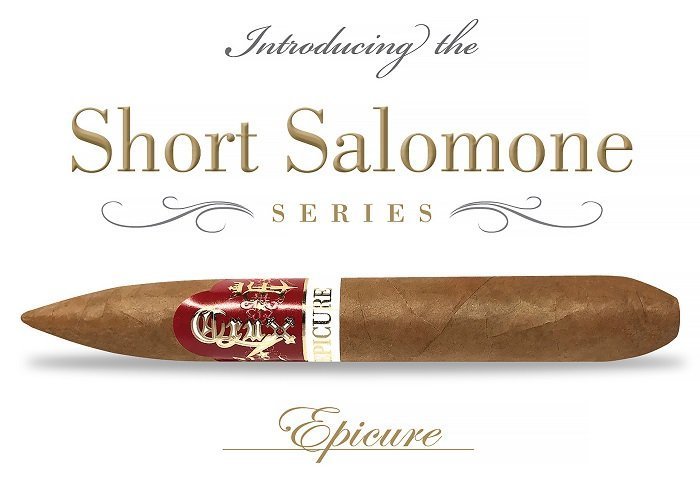 (Miami, Fla.) – Crux Cigars has announced the first of their Short Salomone Series, the Epicure Short Salomone, will be landing this week at their retail partners.

Each cigar within the Short Salomone Series be produced in limited quantities, and debuted in short run fashion. The initial production will be 10-count boxes of 500 or less. The Short Salomone is a 6 x 54 vitola.

“The Short Salomone Series is really a showcase of craftsmanship, due to the difficulty this vitola presents. Only the best rollers can execute this shape,” shared Crux Cigars President Jeff Haugen.

Additionally, for the first time, the initial shipment of the Epicure Short Salomone will include the Privada Cigar Club, a monthly membership subscription service.

The Epicure blend is highly rated and a top selling cigar in the Crux Cigar portfolio. It features an elegant Ecuadorian Connecticut wrapper and small farm Nicaraguan Condega filler. A sophisticated creamy experience awaits with refined notes of white chocolate and creme brulée, with a kick of pepper and cinnamon in the retrohale. This favor profile is enhanced in the Short Salomone size.
The Series will include two additional blends, the Guild, and Limitada in the coming months. The cigars are rolled by a single pair at the La Catedral de Tabaco factory in Esteli, Nicaragua.