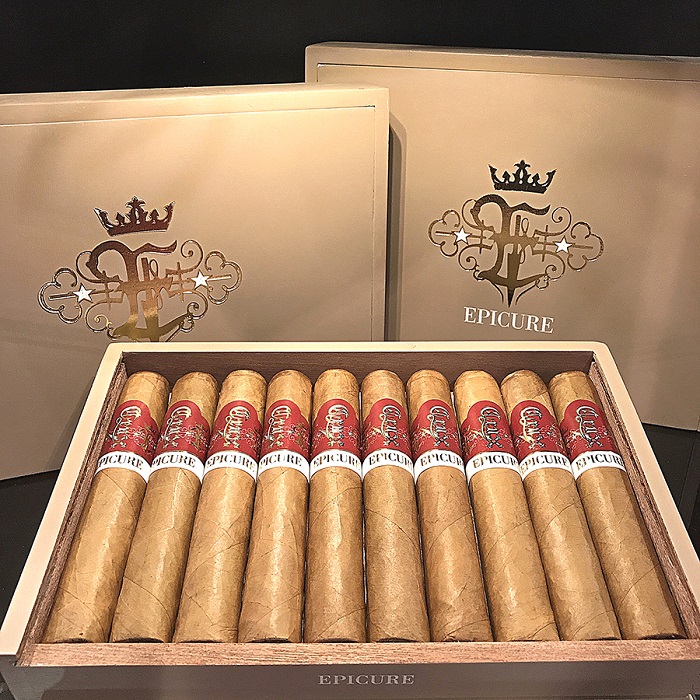 (Miami, Fla.) – Crux Cigars is proud to announce the widespread release of the Crux Epicure. Beginning this week, they are shipping to retail partners throughout the country.

The Crux Epicure features an exceptional Lujo shade wrapper and Nicaragua binder and filler. The resulting blend is a medium cigar with a sophisticated creamy experience with refined notes of sweet cream, cedar, nougat and creme brulee on the palate. Subtle cinnamon and white pepper in the retrohale.

In the world of mild Connecticut wrapped cigars, this one humbly stands apart as a medium smoke of exceptional quality and flavor.

“Yes, It’s been a long time in development, but we couldn’t be more excited with the release of the Crux Epicure,” said Crux Cigars President Jeff Haugen, “We are looking forward to the response from premium cigar smokers.”

The Crux Epicure is produced at Plasencia Cigars in Esteli, Nicaragua and is a regular production release.

All sizes are sold in 10-count boxes.

You can see our review of the Crux Epicure Robusto here.