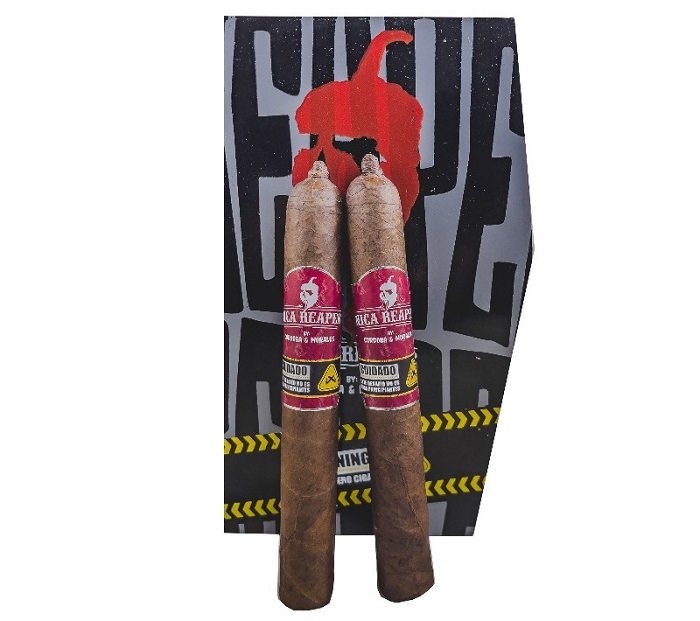 Cordoba & Morales is kicking it up a notch with their newest release. Azarias Mustafa, owner of Cordoba & Morales, says that the cigar is 100% ligero tobacco. “I’ve been playing with the idea of making an all ligero cigar for years.” says Azarias. “The hardest part was finding the right combination of tobacco to create a powerhouse cigar with complexity. Everybody knows you can make a very bold cigar. The hard part is making something that isn’t one-dimensional in flavor with such a high level of strength.”

The cigar is a 6 x 52 Toro with a pigtail and a closed foot. “I only had enough tobacco to make 6,000 cigars for this blend.” says Azarias. The cigars will be released in a very uniquely-shaped box with only 12 cigars located inside. He would not disclose the wrapper filler or binder info.

Nica Reaper is set to be released at Cigar Hustler on September 30, 2022 and will be available to all of his retailers after the release party.