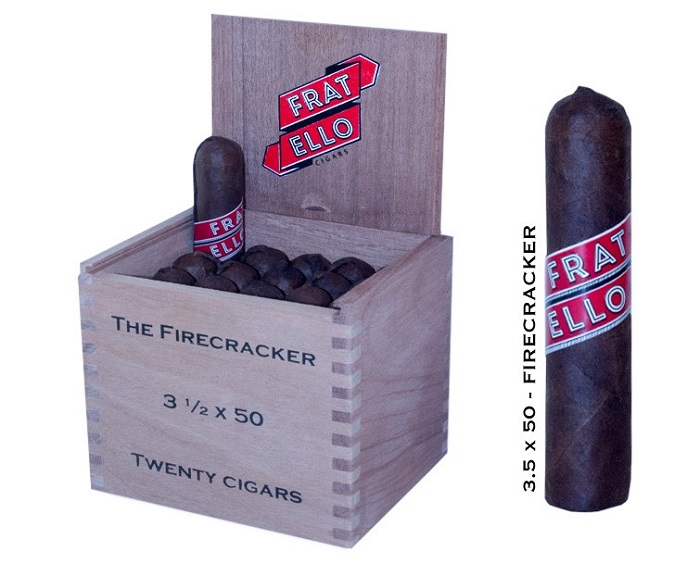 In 2006, David Garofalo, the owner and founder of Two Guys Smoke Shop came up with an idea some called “loco,” Spanish for crazy. The FIRECRACKER, a short format cigar with a head that resembled a fuse. Its first release was in 2007 and manufactured by Don Pepin Garcia at the El Rey de los Habanos Factory in Miami Florida USA. Later the next version was made again by Pepin Garcia but this time in Nicaragua at Tabacalera Cubana. Next came a version called the M80 also done at Tabacalera Cubana and a second version done at the My Father Cigar Factory. Next, the FIRECRACKER made its way to the Dominican Republic and was rolled at Tabacalera Leyendas Cubanas, later returning again to the Dominican Republic to be manufactured by La Flor Dominicana in 2015. In 2016 it was back again to Nicaragua to RoMa Craft Tobacco with the CroMagnon.

On Tuesday June 13, 2017 the 8th Factory and version of the FIRECRACKER will be sold to collectors and cigar smokers in the U.S., and the cigar again was produced in Nicaragua. This time from the oldest cigar factory in that country, Joya de Nicaragua, and adorning the Fratello name. The Fratello FIRECRACKER will be released at 10am eastern time at 2GuysCigars.com. What is expected is a quick sell-out and a long wait till next year. If you are at all interested in trying a Fratello FIRECRACKER do not wait, or the wait might be another year long.