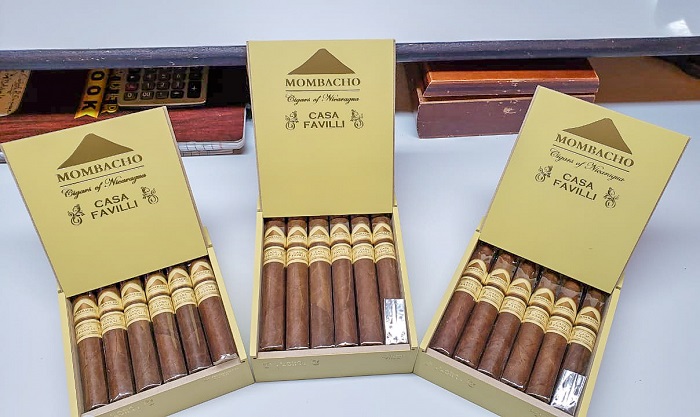 GRANADA, NICARAGUA. – (26 November 2018). Mombacho Cigars S.A. announced today that it would begin shipping a limited Pre-Release of Casa Favilli to retailers in the US and Switzerland.

“Casa Favilli is very special to me,” said Claudio Sgroi, President and Master Blender of Mombacho Cigars. “This cigar is the first ever Nicaraguan Broadleaf in the industry. I am proud to say we have done something truly unique.”

Casa Favilli is the third core line cigar in the Mombacho Cigars portfolio and continues the company’s tradition of producing 100% Nicaraguan puros. The blend consists of a Nicaraguan Broadleaf wrapper with binder and filler tobaccos from Jalapa and Condega. The cigar is named in honor of the Mombacho Cigars factory in Granada, Nicaragua.

“This is a unique cigar,” said Robert Rasmussen, Brand Manager of Mombacho Cigars. “Casa Favilli features a wrapper that has never been used before. It is on the full side of the strength spectrum and, in true Mombacho fashion, is packed with flavor.”

The initial pre-release of Casa Favilli will consist of approximately 150 boxes of each vitola and will ship to retailers during the first week of December. The cigar will be in regular production starting in 2019.