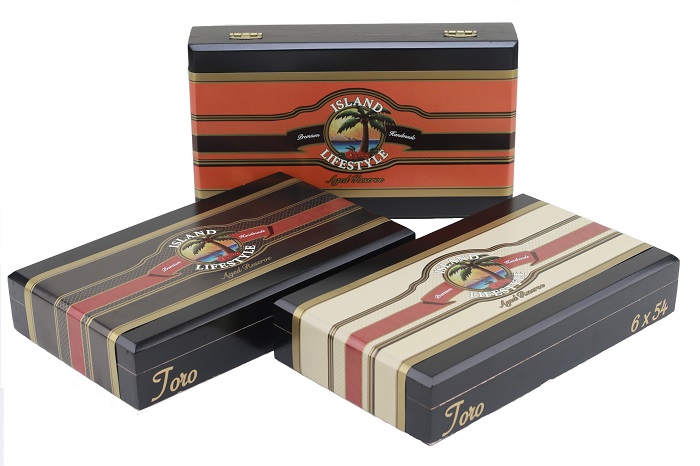 Island Lifestyle Aged Reserve cigars premiered at the 2016 IPCPR. The three blends, Connecticut, Sun Grown and Maduro were packaged in Special Edition ceramic jars. Due to the overwhelming positive response to the brand, Island Lifestyle expanded to traditional boxes at this year’s IPCPR trade show. The decorative Special Edition ceramic jars will still be available in the Toro size on a limited basis and for special events.

The Island Lifestyle Aged Reserve Sun Grown and Maduro cigars are made with the finest tobaccos from the fertile Jalapa, Condega and Estelí regions of Nicaragua. These tobaccos are from Corojo and Criollo strains of Cuban seed and aged a minimum of 5-7 years. The Connecticut blend uses a wrapper grown in the Connecticut River Valley region of the U.S. along with the same aged Nicaraguan tobaccos for the filler and binder.