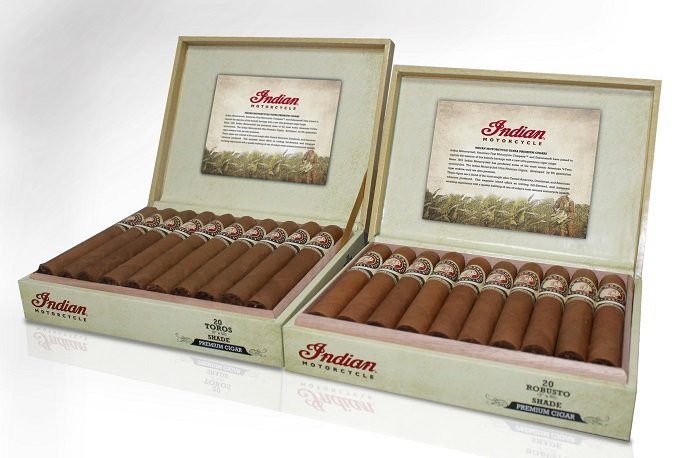 Philip S. Zanghi III, founder of Debonaire House, commented: “We are excited to announce that our first line extension of Indian Motorcycle Cigars Shade is going to be released for worldwide distribution at this year’s IPCPR 2019 booth 2449. This new cigar is very special to us and I think after the release in Canada, the rest of the world will really enjoy what we have to offer. It’s a different blend than the core line of Indian Motorcycle Cigars that was specifically fitted to match this two year old aged Ecuadorian Shade Wrapper. It’s a true medium cigar that can be enjoyed any time of the day; and once again, thank you to everyone out there who supports us, I look forward to seeing you soon.”