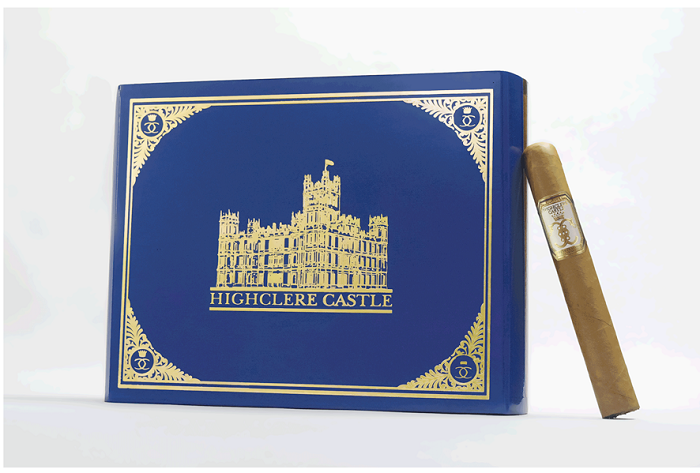 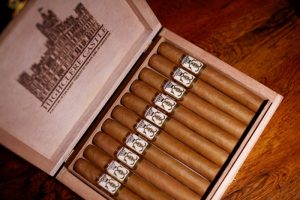 Globally recognized as the iconic face of the award-winning television drama, Downton Abbey, Highclere Castle is now producing a cigar reminiscent of those enjoyed at Highclere Castle during the 19th and early 20th centuries.

To create and produce the cigar, Highclere Castle Cigar Company has partnered with world-renowned cigar producer Nicholas Melillo, the former head of Drew Estate Nicaragua. Nicholas formed Foundation Cigar Company in 2015 to craft hand-made cigars in Estelí, Nicaragua, and this is the latest in Foundation’s exceptional line.

“Nick is arguably one of the most well-respected cigar blenders in the industry,” said Highclere Cigar co-founder and CEO, Adam von Gootkin. “Partnering with him to craft this masterpiece cigar speaks to his obsession with quality while embracing the rich history of enjoying cigars at Highclere Castle. His access to rare tobaccos and high-quality, by hand, production capabilities has led to what will certainly be a very special, well-respected cigar.”

George Carnarvon, the current 8th Earl Carnarvon, owner of Highclere Castle and farmer of the 5,000 acre estate, is an active partner in the endeavor. “Having had the opportunity to visit Nicaragua and tour the tobacco fields and factories where our cigars are made, I’ve gained a deep appreciation for the passion and skill that goes into making a super-premium cigar. The cigar itself is an excellent representation of that, and I think my ancestors would be proud it bears the Highclere badge.”

Highclere’s rich cigar history goes back to 1862, when cigars were first introduced to England. The tradition at Highclere Castle has always been to retire to the library after dinner for a cigar and whiskey. In 1922, the current Earl’s great-grandfather undoubtedly celebrated his and Howard Carter’s discovery of King Tut’s Tomb with a cigar in hand.

Recently, Highclere Castle’s archivist discovered letters and personal account records of the Carnarvon’s cigar purchases in the early 1900s from dealers in London as well as the Ritz Hotel. Melillo subsequently crafted a cigar that reflects that historic flavor profile and smoking style.

The Highclere Castle Cigar is hand rolled in Estelí, Nicaragua, using a Connecticut Shade wrapper, and both Criollo and Corojo from the volcanic soils of Jalapa and the island of Ometepe. The binder is made from Mata Fina, a dark tobacco from Brazil. The blend is finalized with an exclusive hybrid seed the company has named Nicadán. The resulting smoke is exceptionally creamy and elegant, with notes of pepper, citrus, leather and fireplace.

The cigar will be launched at the International Premium Cigar & Pipe Retailers Association’s 85th Annual Conference in Las Vegas this coming July, 2017. The first release will be limited and cigars will be available in select cigar lounges and tobacco shops across the United States by September 1, 2017, followed by availability at Highclere Castle and internationally. Sizes to include Churchill, Toro, Petit Corona, Robusto, and Corona.

Highclere Castle is a 5,000 acre working agricultural estate and traditional property management operation in Hampshire, England and has been the country seat of the Earl of Carnarvon since 1679.  One of the world’s most famous homes, it rose to international fame as the main filming location for the award-winning period drama, Downton Abbey.

The 5th Earl sponsored and accompanied archaeologist Howard Carter for the discovery of the tomb of Tutankhamun in 1922 and Highclere currently hosts an educational museum exhibit around the discovery.  Highclere Castle hosts more than 110,000 visitors annually.  The current Countess of Carnarvon has written two New York Times bestsellers including Lady Almina & the Real Downton Abbey, and in March 2017 published At Home: Entertaining at the Real Downton Abbey.

Foundation Cigar Company was formed by Nicholas Melillo in June of 2015 and debuted El Güegüense , The Wise Man, which was awarded Cigar Aficionado top 25 cigars of 2016.  The company launched The Tabernacle, Charter Oak , and the infused line, The Upsetters, in 2016.  Foundation’s home offices reside in the Connecticut River Tobacco valley and it’s production in Esteli, Nicaragua.  Foundation Cigar Company’s goal is to bring top quality premium cigars to connoisseurs around the world.