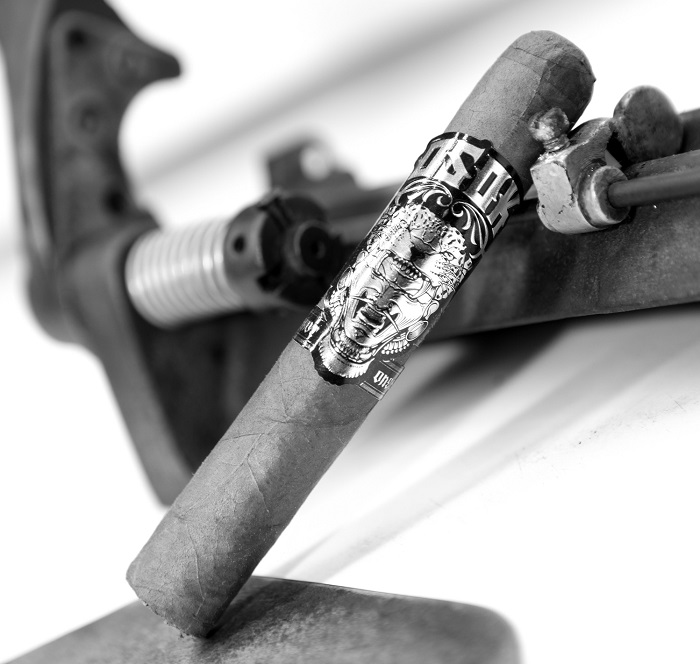 Houston, Texas – September 26, 2018 – The success of OSOK Cigars has been bolstered by rave reviews of industry critics and patrons alike, but this did little to satisfy its founder Edgar Hoill. Happy, but not content, Mr. Hoill fell in love with the industry but had an unwavering desire to gain a deeper appreciation behind the process.

“The growth of ‘boutique’ cigars has been incredible, but I wanted to up the game and the only way to do so was to truly understand the entire process. I owed it to myself, and it I owed it to all who have ever supported the OSOK brand” says Edgar. He further mentions, “The only way to gain a true appreciation for the process was to be a part of it so I moved to Mexico to apprentice under Don Alberto Turrent – an experience that changed my life, and one which resulted in the creation of OSOK San Andres.”

During his stay, Mr. Hoill took a multifaceted approach to learning the entire process. From seedling to growing, fermentation to blending, his explorations resulted in him becoming a quality control appointee for Casa Turrent. As a result, he then took another year to create the OSOK San Andres – a medium bodied cigar filled with complexity, infused with pride, and crafted to satisfy the most discerning pallet all the while delivering the true flavors of Mexican tobacco.

“Many top cigars already utilize Mexican San Andres tobacco for their wrappers, but they do little to give them the recognition they deserve and I wanted to change that,” says Mr. Hoill. As a result, he created the OSOK San Andres in conjunction with the Turrent family as a way to showcase the strength and flavor of a cigar that is made entirely of Mexican tobacco grown in San Andres.

Set to ship on October 1st, OSOK San Andres will be distributed by Casa Turrent and production will be limited to only 6,000 units per month. The decision to release small batches ensures quality control, and it marks a new entry for OSOK as they set out to show the industry what “Hecho in Mexico” really means – and tastes like.