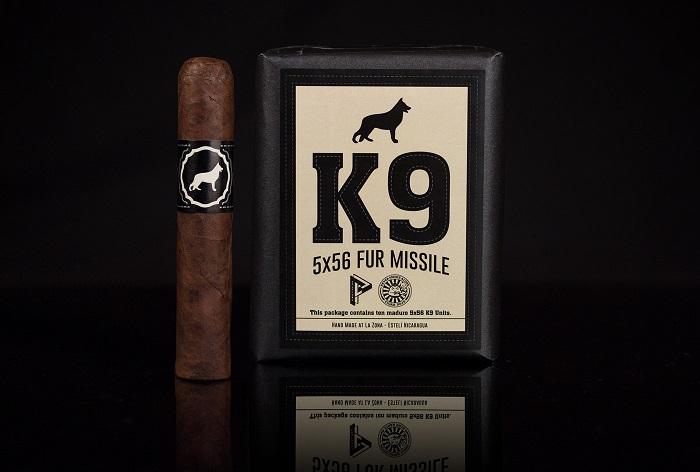 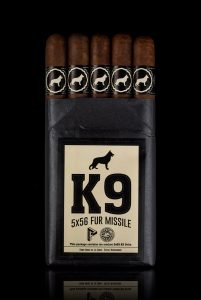 DENVER, CO (TUESDAY, March 13, 2018) – Cigar Dojo and Cubariqueño have collaborated to introduce an intense smoking experience that manages to be all bark… and bite!

Law enforcement have been aided by man’s best friend in hunting down criminals since the middle ages, using bloodhounds for their tracking capabilities. In modern times, more agile and powerful breeds have been selected, such as the German Shepherd, Belgian Malinois, and Dutch Shepherd. Through extensive training, these canines are often considered more dependable than an officer’s own sidearm, using their size, agility, and speed to apprehend criminals in some of the most dire situations.

Since launching in 2015, Cubariqueño has focused on the company founder’s backgrounds in law enforcement, debuting the fan-favorite Protocol cigar. This was followed by the Protocol Probable Cause and Protocol Themis in successive years. Now, using Cigar Dojo and their close ties to canine law enforcement as inspiration, the two companies have collaborated to embody the heavy-hitting voraciousness, size, and grace of the mighty “fur missile,” as the dogs have become known.

“This cigar has special meaning to me,” commented Eric Guttormson, owner of Cigar Dojo. “My brother-in-law is a K9 officer and has had some incredible K9 companions: JR, Max, Thor, and his newest officer, Arrow, are an amazing benefit to the law enforcement community. Creating a cigar project to honor these awesome animals and their handlers means a lot to the Dojo crew.”

Protocol K9 by Cigar Dojo and Cubariqueño introduces a full-bodied pepper bomb explosion onto the palate. As with all other Protocol cigars, this beast is crafted at the renowned La Zona factory in Estelí. The blend is Nicaraguan through and through, topped with a dark and oily Nicaraguan Habano Rosado wrapper. While K9 demands your attention like a Belgian Malinois chasing down a bank robber, this Nicaraguan puro is all business—not unlike the canines it’s named after.

The cigars arrive in a short and stout 5″ x 56 “Fur Missile” robusto extra vitola, being sold exclusively through Famous Smoke Shop (online and B&M). Sales begin at 12pm (Eastern Time) on Friday, March 23rd, through Famous’ online store; there will be an earlier start (10am) at the physical store location in Easton, PA. A limited allocation of 3,000 Protocol K9 cigars have been rolled, retailing for $89.99 per bundle of 10 cigars. The release of Protocol K9 will coincide with a special launch event at Famous Smoke Shop and their in-house Leaf Cigar Bar, where the Cigar Dojo staff and Cubariqueño will be in attendance.

Bill Ives, co-owner of Cubariqueño Cigar Company commented, “Working with Cigar Dojo has been a blessing with this project. Juan and I started out being active members with the Dojo and to collaborate with them on a cigar is a true blessing. The Dojo is the present and future of cigar smoking involving social media.”