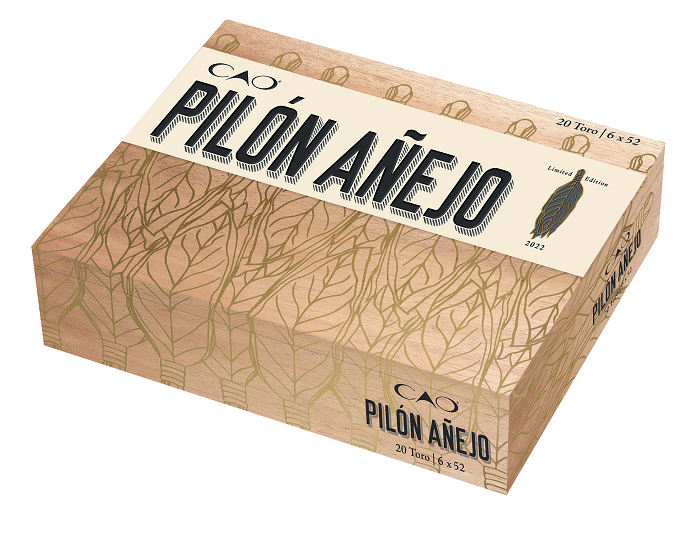 CAO is set to launch a blend called Pilón Añejo which pairs labor-intensive fermentation and finished cigar aging to deliver a cigar of great depth and character.

The limited-edition line will ship to retailers in April and a total of 5,000 boxes will be released in the US.

CAO Pilón Añejo is made with the same circular pilón fermentation technique as CAO Pilón, the collection that launched in 2015. However, that is where the similarities end. CAO Pilón Añejo features a unique blend of tobaccos that are met with aging after the cigar is finished, to release an intriguingly complex smoke.

Rick Rodriguez, CAO’s blender/ambassador commented, “With CAO Pilón Añejo, we’ve combined pilón fermentation which does such incredible things to the tobacco, with a full two years of aging of the finished cigars. Together, these methods add a whole new dimension to the blend. We’ve ultimately created a layered smoking experience that we could not have achieved through any other processes. This cigar is just a pleasure to smoke, and the team and I are really proud of it.”

Handcrafted in Honduras at STG’s HATSA factory, CAO Pilón Añejo relies on the pilón process of natural fermentation to heighten the smoking experience and aesthetics of the Cuban seed Ecuadoran Sumatra wrapper. The blend is rich and savory, consisting of Nicaraguan and Dominican fillers, beneath a Honduran Habano binder. CAO Pilón Añejo is a medium-to-full-bodied smoke that bears a deep, rich color and an array of notes including wood, earth and toast, with a touch of spice.

CAO Pilón Añejo will be presented in 20-count boxes, in the three sizes listed below.