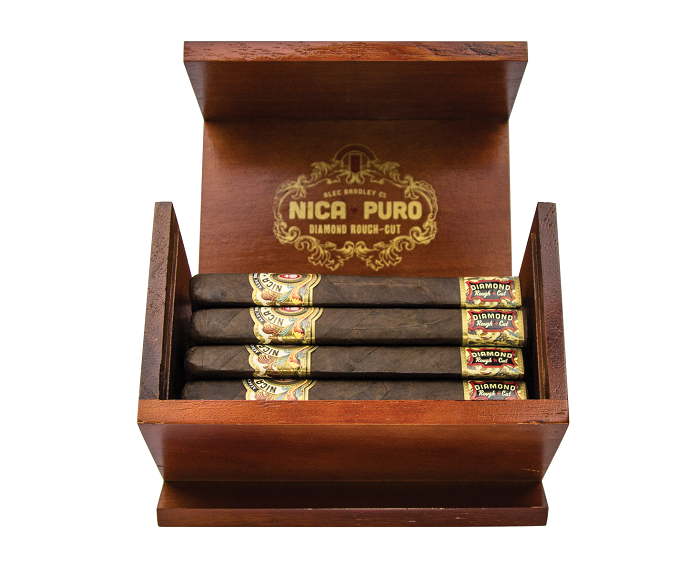 Nica Puro Diamond Rough-Cut is a 6 1/4″ X 54-ring gauge cigar crafted from all-Nicaraguan tobaccos. Outside of the shape, the cigar is differentiated from the rest of the line by adding an extra leaf of ligero for added body and flavor.

“The Nica Puro blend is smoking incredibly right now,” said Alan Rubin, founder of Alec Bradley Cigar Co. “Enthusiasts and tobacconists ask for the Nica Puro Diamond all year round, but the cigars aren’t easy to make. Due to the unique shape we only have the ability to produce 1500 boxes per run, so it’s an exciting time at Alec Bradley when we have the opportunity to present Diamonds to our fans.”

The Alec Bradley Nica Puro Diamond Rough-Cut was an idea hatched at Plasencia Cigars in Nicaragua to pay homage to the triangular shaped Alec Bradley Trilogy cigar line Alan created so many years ago. The innovative shape shook the cigar industry and got Alec Bradley Cigars in the mouths of enthusiasts, both literally and figuratively.