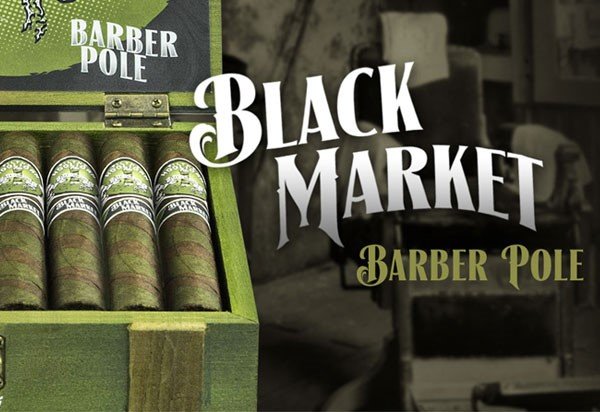 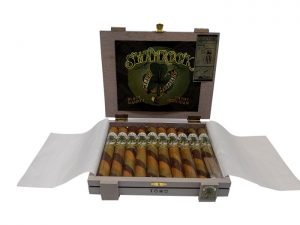 Ft. Lauderdale, FL – February 5, 2019- Alec Bradley Cigar Company announced today that it is releasing the Black Market Filthy Hooligan- the sixth year in a row. The once all candela wrapped project has morphed into a coveted barber pole style cigar over the last few releases.

“In October of 2018 we offered to our tobacconist partners, the world over, the opportunity for the 2019 release of Filthy Hooligan,” said Jonathan Lipson (Alec Bradley Director of Sales & Marketing). “Only 2000 boxes were offered and subsequently sold out in 2 weeks!”

According to Mr. Lipson, the project was so secretive, that only a few of the Alec Bradley staff were made aware of Shamrock until a couple of weeks ago. Once offered to tobacconists, the boxes were sold out immediately.

Both the Filthy Hooligan and Shamrock are 6”X 50 Ring Gauge Toros. Alec Bradley will only divulge the wrappers on Shamrock (Honduran: Candela, Habano Maduro and Habano Seco), the blend for 2019 Filthy Hooligan has not changed. Outside of the dual wrappers, Filthy Hooligan boasts a blend of Honduran and Panamanian long-fillers with a Sumatra binder.

The 2019 Black Market Filthy Hooligan release is presented in a handsome green and black striped box containing 22 cigars. MSRP per cigar has been set at $9.50 domestically. International pricing will vary. Filthy Hooligans are shipping worldwide now.

The inaugural, ultra-limited, release of Black Market Shamrock is presented in an attractive grey box, featuring a large shamrock on the top of the lid, containing 10 cigars. MSRP has been set at $11.95 per cigar. The Shamrock is only available in the USA and is shipping now.