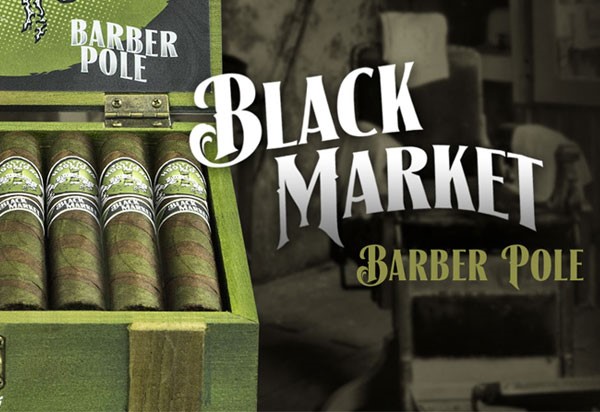 Ft. Lauderdale, FL- February 20, 2018- Even though a certain groundhog predicted six more weeks of winter, spring is in the air at the Alec Bradley Cigar Company. In the world of cigars, nothing celebrates the season like a bright green stogie!

For the fifth year in a row, Alec Bradley is releasing the Black Market Filthy Hooligan. The tradition first started with an all Candela wrapped iteration of Alec Bradley’s popular Black Market line. Over the last few years though, the blend has morphed into its current format that features two wrapper leaves.

The Barber Pole style cigar is fitted with a bright green Candela wrapper and contrasted by a rich, cocoa colored Nicaraguan Jalapa wrapper. Underneath the two wrappers are a blend of Honduran and Panamanian long-fillers with a Sumatra binder. The unique blend has won over the palates of cigar connoisseurs across the world.