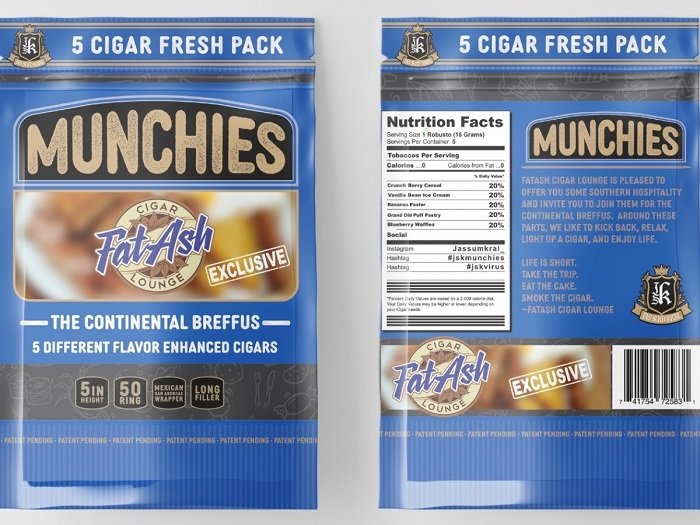 For the fans of our premium, flavor-enhanced cigars, we have good news. On May 14th we will debut the next batch of Munchies at the My Old Kentucky Herf, hosted by FatAsh Cigar Lounge in Ashland, KY. Be ready to enjoy this new batch, called: The Continental Breffus. It’s a store exclusive with five different flavors that will only be available from FatAsh Cigar Lounge. The packs will be discounted at the herf to ticket holders at a price of $50. Afterwards the price will be $54.95. For those that wish to purchase that aren’t local to the area, shipping will be available for this release and will include free shipping with bundle orders of 2 or more.

The cigars, made at Tabacalera Aragon in Esteli, Nicaragua, are robusto size, 5 inches with a ring of 50. The wrapper is Mexican San Andrés while the binder and filler are undisclosed.