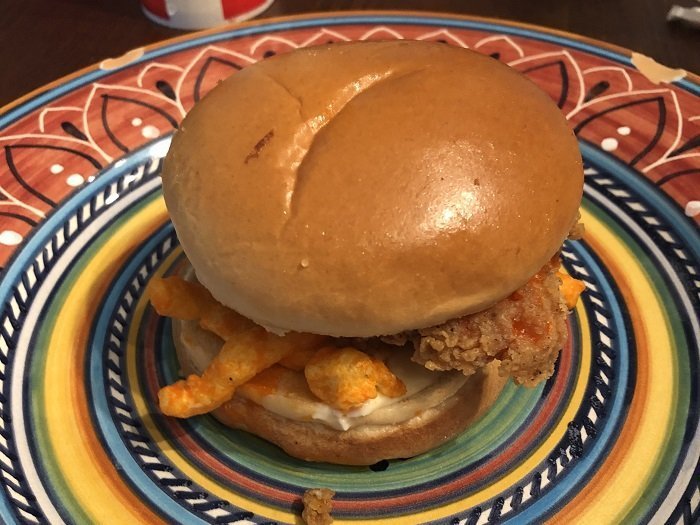 When you look at the Kentucky Fried Chicken Cheetos Sandwich in person, and compare it to what was advertised, there is a difference. But let’s be honest, that is case with all advertised food/meals. The biggest difference is the layers of Cheetos and the KFC Cheetos Sauce. To no surprise, the actual sandwich is lacking in Cheetos and Cheetos Sauce as advertised. With that being said, it has a thick layer of mayonnaise goodness, the Crispy Colonel chicken is beautiful and the bun has a nice buttery shine. 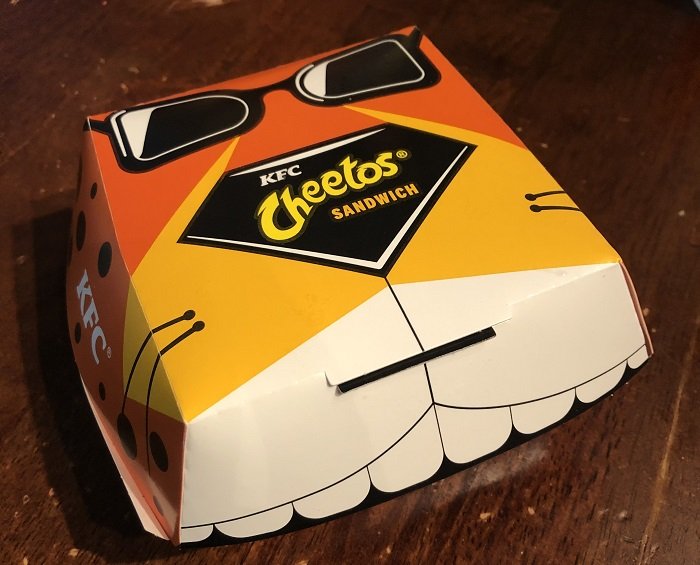 The sandwich is great in hand. The soft bun really allows the Crispy Colonel chicken to pop, as well as the Cheetos. Some of the Cheetos sauce has dripped from the chicken onto the lower bun, saturating the bread and it makes for an experience. There is an aroma of rich butter, fried seasoned chicken and of course, Cheetos and cream. 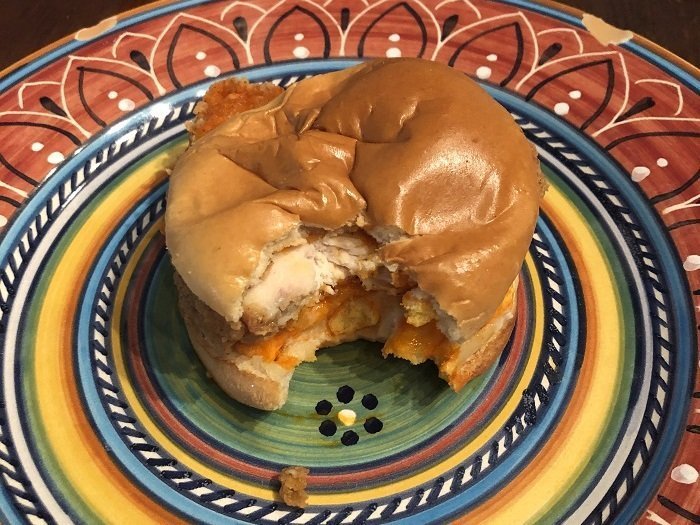 In terms of flavor, it is very balanced and complimentary. The Cheetos sauce, which has a slight spice to it pops off the Crispy Colonel chicken so you are getting some cheesy, dairy and spice qualities with the spices from the frying of the chicken. The chicken is not dry, fried very well, and the finish is showing the Cheetos and creamy mayonnaise. The finish shows the soft and buttery bun flavor and it allows the palate to get a breather before the next bite. 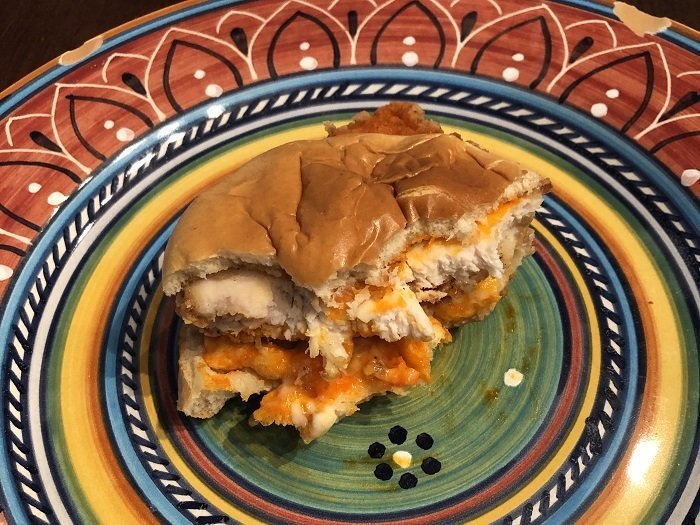 The sandwich holds together very well. I think the key to keep the Cheetos in the sandwich is the weight from the Crispy Colonel chicken and the thick layer of mayonnaise. It provides a nice base to solidify the Cheetos, and we be all about that bass.

Overall, the Kentucky Fried Chicken Cheetos Sandwich is solid but it could definitely be taken to a higher level with some modifications. One major flaw was the Cheetos. The Cheetos themselves are somewhere between Crunch and Puffs. I don’t want to say they are stale, but that may be the case. To take this sandwich to the next level you really have to make sure the Cheetos are truly crunchy. With that, the mayonnaise was all wrong. You can’t use mayonnaise unless it’s Duke’s. That is a fact. Everything else is just grease and this was not Duke’s. Finally, don’t be stingy with the Cheetos sauce. You have got to drench this sandwich in Cheetos sauce. If you are not going through a ton of napkins when eating, the sandwich was made wrong. Drench or it’s all for nothing. I had three of these for review and the application of Cheetos sauce was very inconsistent. I’ve seen better quality control with Habanos S.A. This should be a sandwich you don’t want to give to your kids because of the mess that will come with eating it. But, with how it is currently made, I would give this to my six year old and three year old any day of the week. I think if KFC wants to take it a higher level, you use Duke’s and this may be bold, but don’t use the Crispy Colonel chicken. Throw in the Nashville Hot. I think adding some heat to this sandwich will go a long way. In conclusion, they dropped the ball and were too afraid to truly commit to making a sandwich of the Gods and instead settled for Middle America.