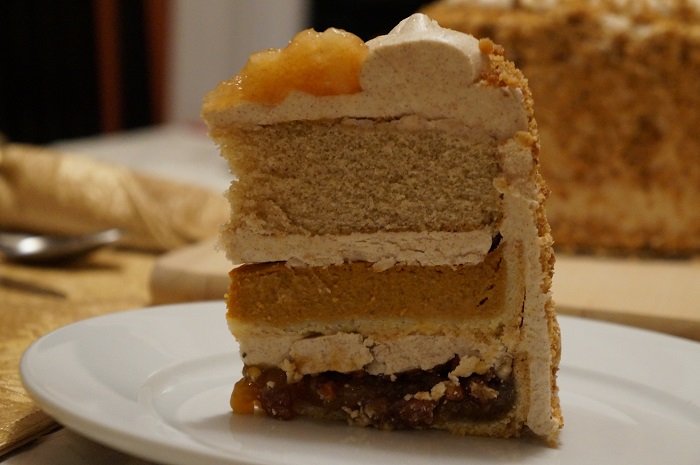 The delivered PieCaken Bakeshop PieCaken was spot on from the pictures on the website and advertisements, which is a rare occurrence. The external appearance, and even after cutting into it, I didn’t feel like I wasn’t getting exactly what I had seen before purchasing.

The dessert came well packed and there was no damage from shipping. The whole thing looks pretty impressive before and after cutting. 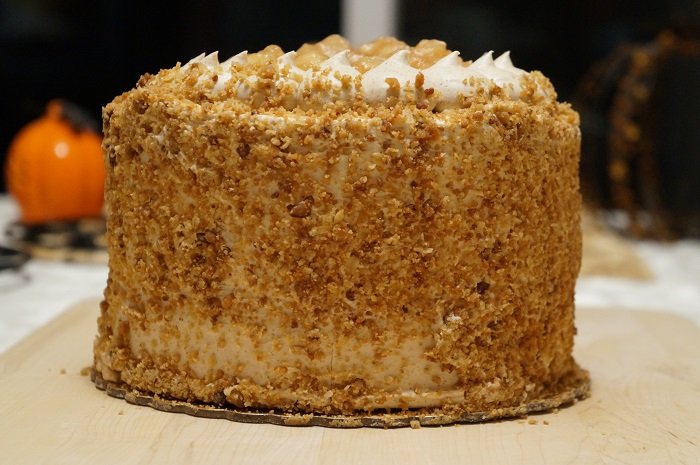 The apple pie filling on top did not seem all that sweetened and not much spice was added which really let the apples themselves shine through.

The spice cake had a mid-level density. The amount of spice was nice and the cake overall was not very sweet which was a good combination.

The pumpkin pie did not have an overwhelming amount of the spices and it was a great balance to let the pumpkin be the focus. The crust was thin and flavorful.

The pecan pie was very sweet, but had a good balance with the salty pecans. The crust was thin and flavorful.

In between each layer, and completely covering the outside, is a cinnamon frosting. The cinnamon is light, but the frosting just feels like a creamy afterthought, hollow of much flavor. It coated my tongue with an oiliness that seemed to dull the flavors of the other components. 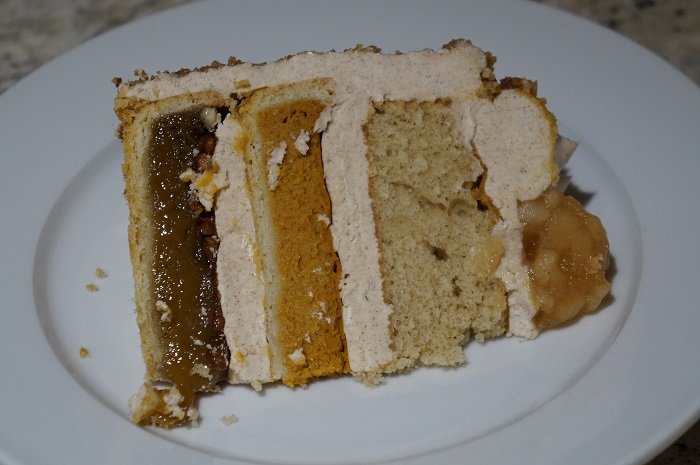 The dessert is well put together. It was never falling apart and the slices stayed together well for serving.

All of the individual components of the PieCaken Bakeshop PieCaken, except for one, were fantastic. The problem is, the component that wasn’t great is the one that holds the entire dessert together. The cinnamon frosting that covers the entire outside and spaces out the internal components I just did not find appealing and I’m a cinnamon fanatic. There is so much of it in each piece once you factor out the pies, cake and filling. To me, it’s completely out of place in this dessert, and other than a few bites, it’s overwhelming. After checking with the family, who had similar thoughts on the frosting, I deconstructed the rest of the dessert to remove the pies, cakes and filling from the frosting and tossed all of the frosting in the trash.

I wouldn’t buy this again, just because of the frosting and would rather just buy the pies and cakes separately. If they changed the formula of the frosting, I’d be open to coming back, but I don’t see that occurring since this dessert already has a history with consumers.