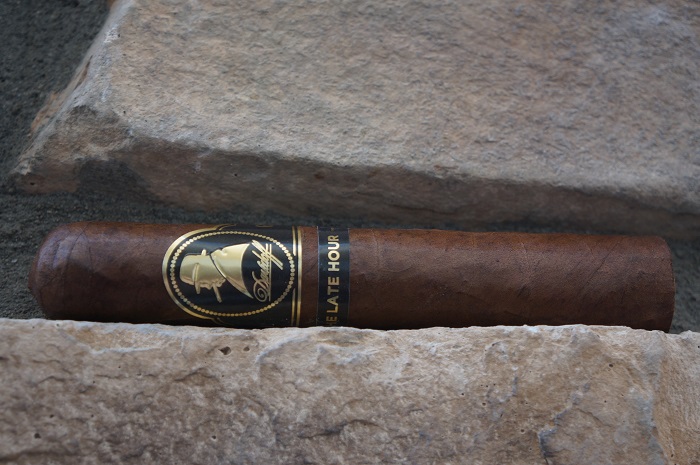 The wrapper is a shade darker than medium brown and has some even darker marbling mixed in. There are a few prominently raised veins that have a lighter shade to them. The seams are pretty hard to see even with the color variation and veins that typically point them out. The head is finished off with a well applied triple cap. There are two bands with the first being the traditional Winston Churchill design but with a black and gold color combination. The second band is a strip band just below the primary band that has the same color combination and designates the line name. The aroma from the wrapper is just a faint leather while the foot brings hay, wood and a slight alcohol/perfume note. The pre-light draw brings more hay and a fuller version of the alcohol/perfume burn along with a decent spicy tingle to my lips and tongue. 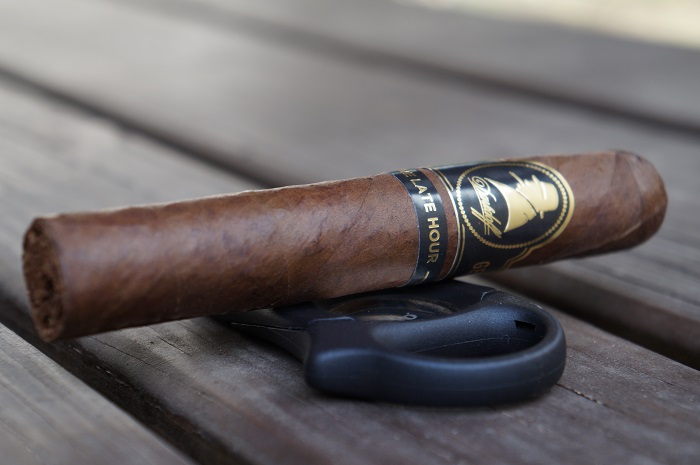 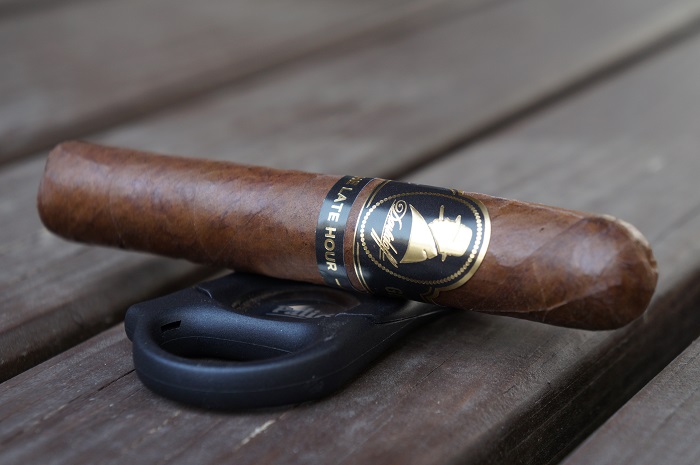 The Winston Churchill The Late Hour Robusto has a near Colorado Maduro wrapper shade. The wrapper is smooth and fairly oily. Construction feels and looks good as there is a uniformed give throughout, well pressed veins, tight seams and a thick cap. Nosing the wrapper gives namely hay and dry wood. Nosing the foot tells strong white pepper and dried nuts. Cold draw gives white pepper on the tip of the tongue, hay and nuts.

The cigar begins with a mix of wood, cinnamon and black pepper. The cinnamon and black pepper have an interesting interplay together. At a quarter inch in, the wood is up front while the cinnamon has taken a lead over the black pepper. At three quarters of an inch in, the wood note remains up front while some cream has joined in to smooth the cinnamon out, but there is still some black pepper on the finish. The retrohale is a creamy wood and cinnamon mixture. As the third comes to a close, the profile is very smooth with the wood up front and a creamy cinnamon in the background. The pepper has completely left the profile. The strength in this third was right at medium. 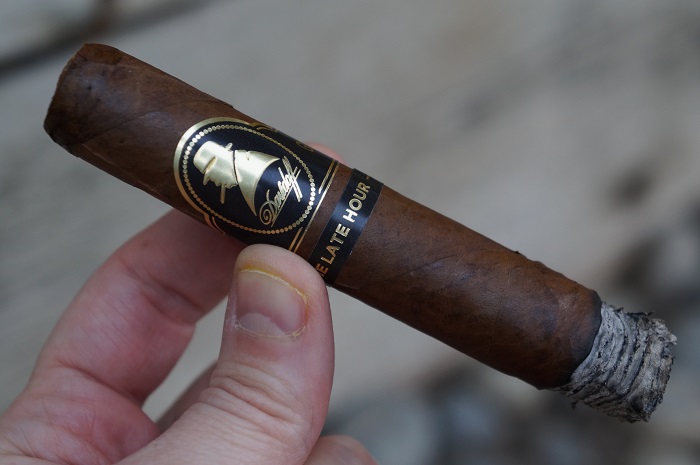 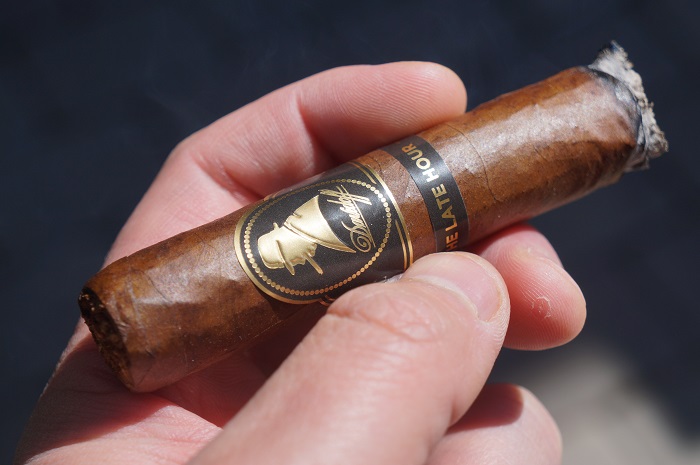 The first third’s flavor profile creates a bit of a mundane smoking experience. Nothing really pops out at me. Muddled flavors of hay, nuts, sharper black pepper and intermittent stone fruits. The finish is fairly unrefined with black pepper and minerals. Retrohaling brings out deeper notes of black pepper and nuts. Strength is a tad above medium and body is medium.

As the second third begins, the spiciness of the cinnamon bumps up a bit and becomes even with the wood while the cream is supporting both very well. At a half inch in, a slight floral note joins the profile. At three quarters of an inch, some mustiness joins in to mix with the creamy wood, cinnamon and floral note. The retrohale is a creamy oak with a slight cinnamon spice. At an inch and a quarter, the cinnamon drops out and the profile is creamy oak along with the floral and musty notes. The strength in this third remained at medium. 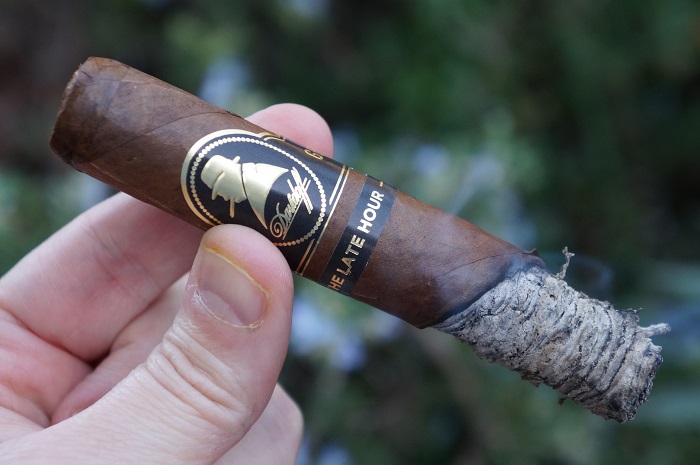 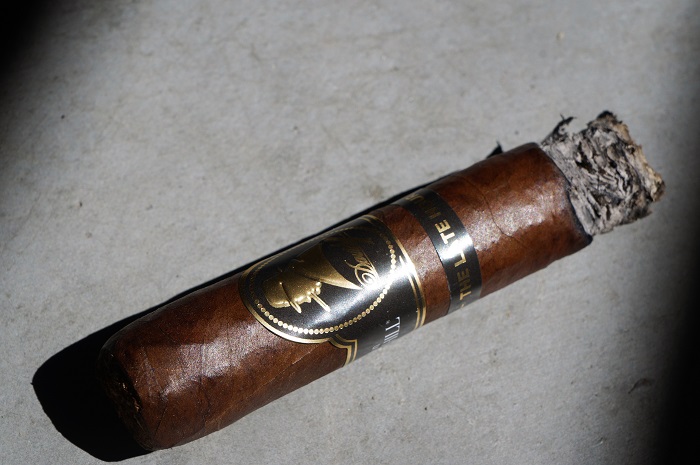 The second third continues to give a muddled and unfocused flavor delivery. There’s more earth and spice in the mix but it’s still disorganized notes of black pepper, minerals, hay and nuts. The stone fruit note is all but gone now. The finish becomes heavier but not so much in the sense of pepper and minerals, more so in a dry somewhat gritty earthiness. Strength and body is still for the most part medium.

As the final third begins, the creamy oak remains up front while the floral and musty notes vary ratios in the background. At a half inch in, the floral note drops out as the mustiness is on it’s own in the background and the creamy oak is up front. The retrohale is a creamy and musty oak. At an inch in, the cigar heats up slightly which brings some mintiness to mix with the creamy and musty oak. This is the profile the cigar finishes with. The strength in this third bumped up to slightly above medium. 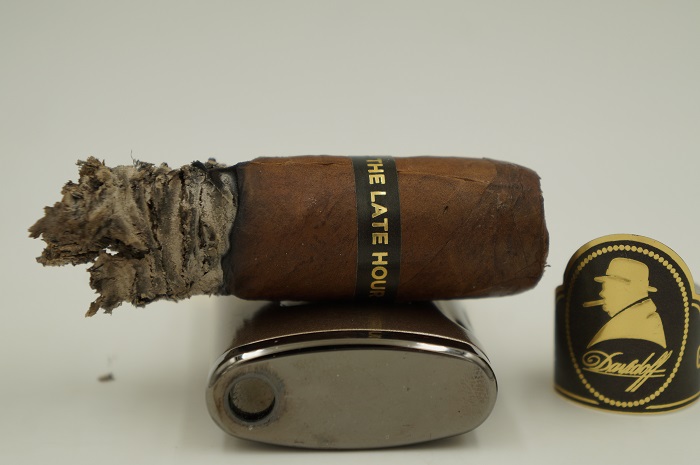 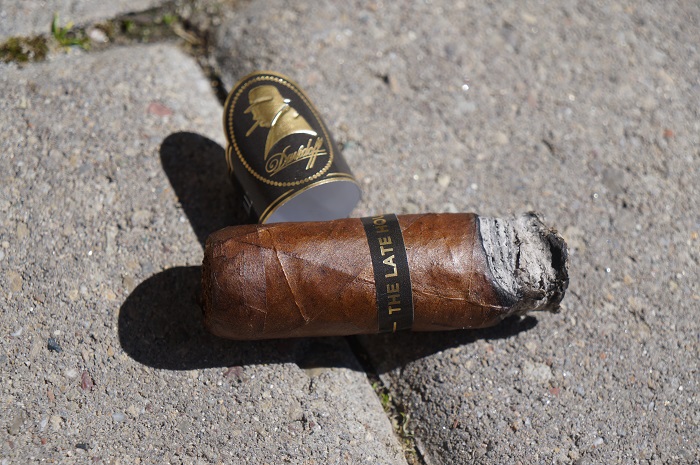 The burn was fairly wonky but never needed any attention. The ash was also a bit flaky. The ash held on through the first half of the cigar and then dropped again another inch in. 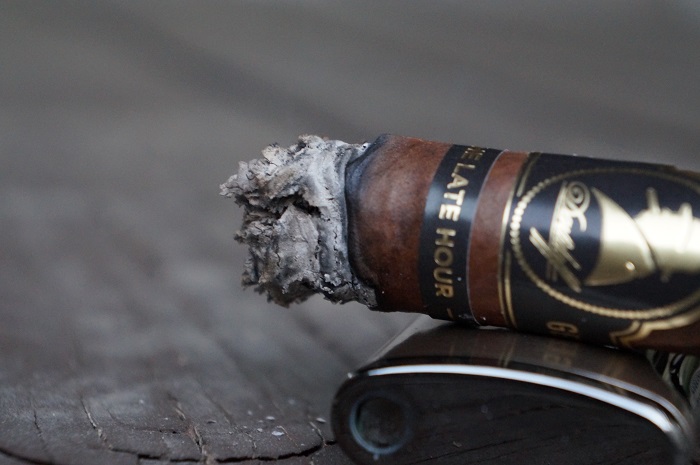 Not much to gripe about aside from a couple minor touch-ups. Burn was overall composed, cool, tight ashes and 1.5 inch ash marks.

The cigar began with wood and an interesting combination of cinnamon and black pepper. Later on it was focused around creamy oak and some floral and musty notes. I never did experience any of the barrel aged notes that I expected. Construction was pretty good and strength was right around medium. In this being the second vitola in the line we’ve reviewed, I slightly prefer the Churchill over this one as it did provide some subtle barrel aged notes. This is the easiest one to try as it has the lower price point of this high priced line, so it may be the one most people go with, but I would say it’s worth the extra money to go for the Churchill.

The ideal resistance and airflow. Perfect.