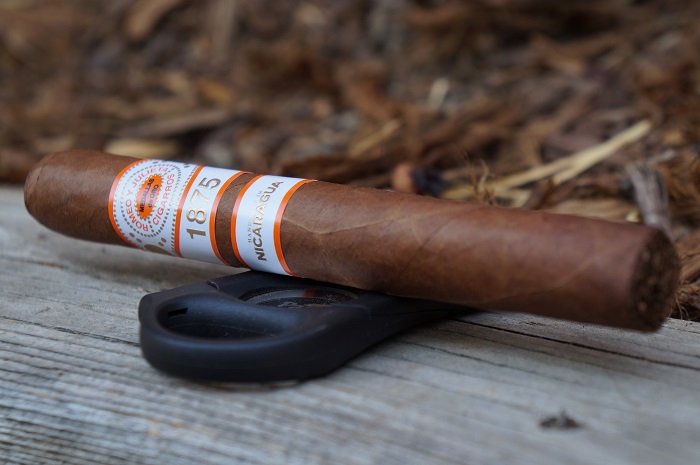 The wrapper is light brown with a few slightly raised veins. The seams are smooth and detectable in a few spots due to vein placement. The head is finished off with a well applied triple cap. There are two bands, the first being the traditional band for the line but in a white, gold and orange color combination. The secondary band is the same color combination and denotes the Nicaragua association. The aroma from the wrapper is a full barnyard with a focus on the hay. The foot brings wood and stone fruit sweetness. The pre-light draw is a very light, creamy wood note with a very faint spice delivery. 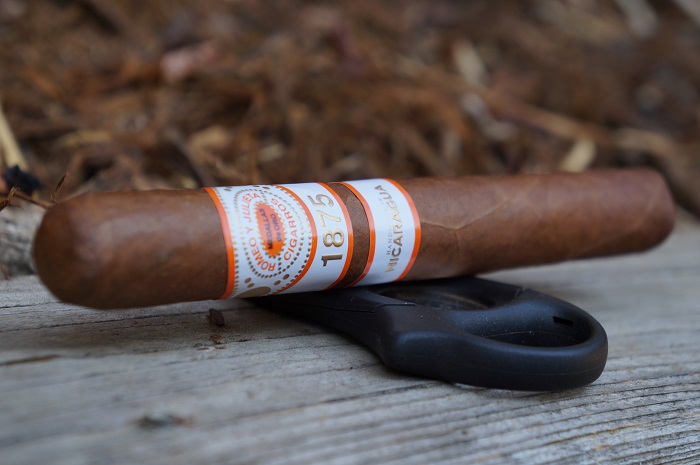 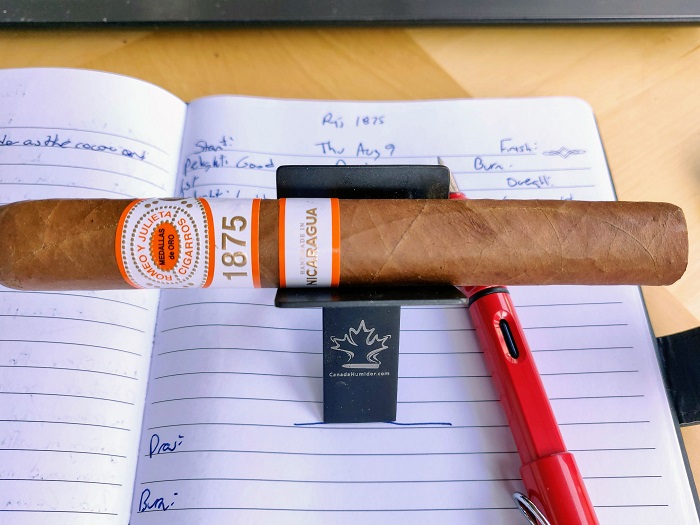 The Romeo y Julieta 1875 Nicaragua Toro has a light tan wrapper with flat pressed veins. The cigar has a primary and secondary band, with orange, gold and white colors. The aroma on the wrapper is sweet cedar, with some vegetal notes underneath. In the foot, I was only able to detect sweet tobacco.

The cigar begins with creamy wood and some mild black pepper. At a half inch in, the pepper has mellowed while the creamy wood remains. Even though there is cream present, the profile is slightly drying to my palate. At an inch in, the mild pepper has transitioned to a mild baking spice. The retrohale carries a slightly charred wood note. At an inch and a half, the wood becomes charred in the mouth draws while a slight bit of cream remains and the baking spice is still in the background. The strength in this third was slightly below medium. 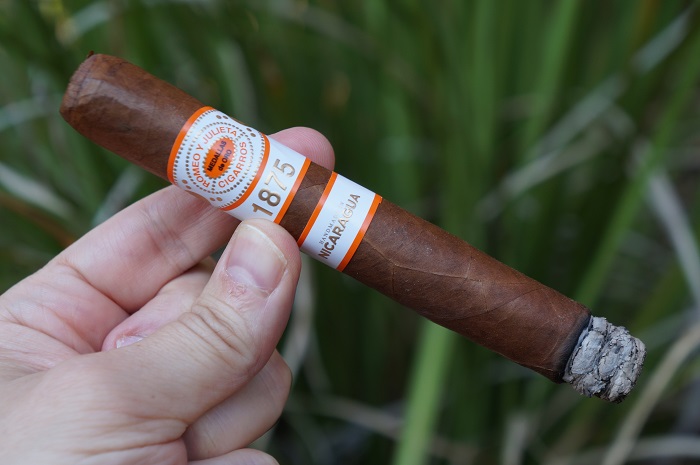 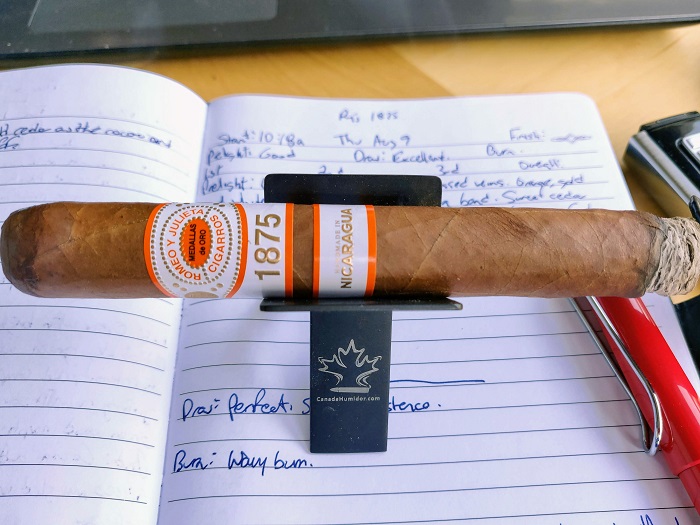 The RyJ 1875 Nicaragua opens with sweet cedar that carries well into the post draw. Additionally, I’m tasting chocolate, and light baking spices on the retrohale. There is a generous amount of smoke production right away. The sweetness rapidly builds, with leather joining in on the post draw. As the first third settles in at approximately 10 minutes, some vegetal notes are detectable as the chocolate on the retrohale picks up in intensity. At the halfway point of the first third there is some hay present.

The second third continues on with the charred wood and light amounts of cream and baking spice. At a quarter inch in, the char lessens to more of a toasted wood level. At a half inch in, the cream picks up a bit, getting rid of most of the dryness from the profile. At an inch and a quarter, the char returns to the profile while the cream recedes to the background and a faint baking spice remains. The retrohale consist of wood and dry earthiness. As the third comes to a close, the dry earthiness makes its way to the mouth draws to pair up with the charred wood while the cream and baking spice are no longer detectable. The strength in this third remained at slightly below medium. 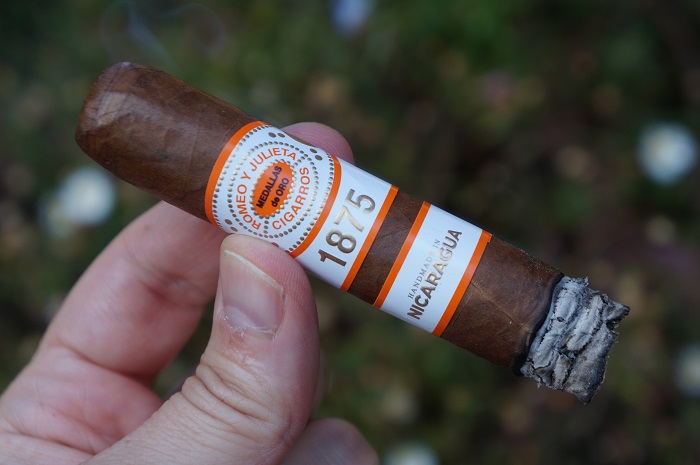 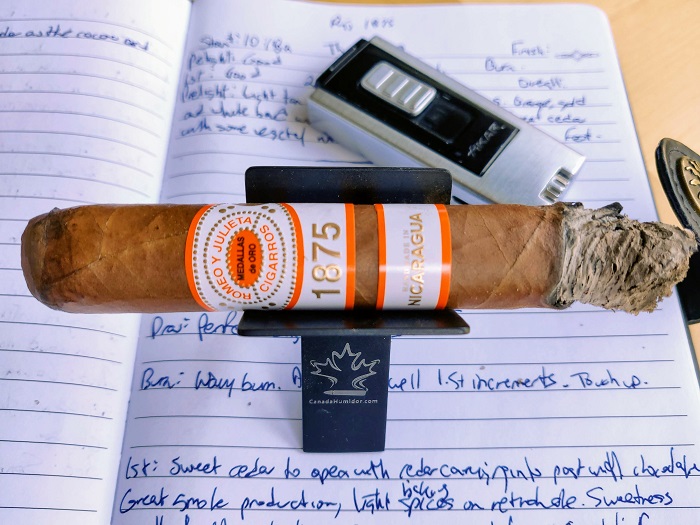 As the final third begins, the cream ramps back up as the cigar now has an immense amount of smoke production on each draw. At a half inch in, the charred wood and cream are at even levels. At an inch in, the dry earthiness returns while the charred wood and cream remain and the profile is fairly drying. At an inch and a quarter, the char ramps up taking over the profile. The retrohale is just a light wood. The cigar finishes out with this same profile. The strength in this third bumped up to medium. 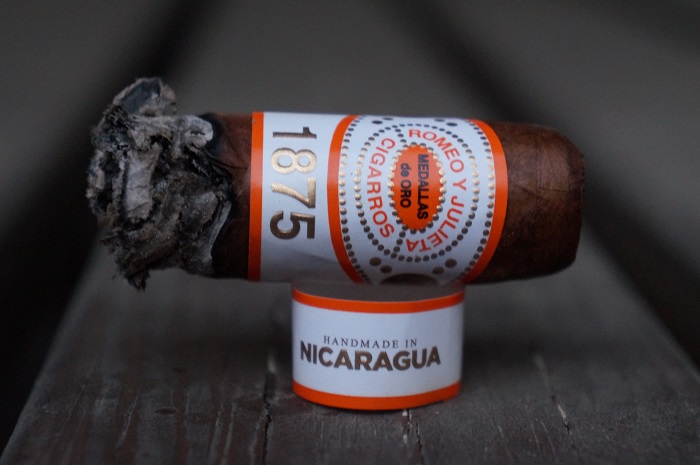 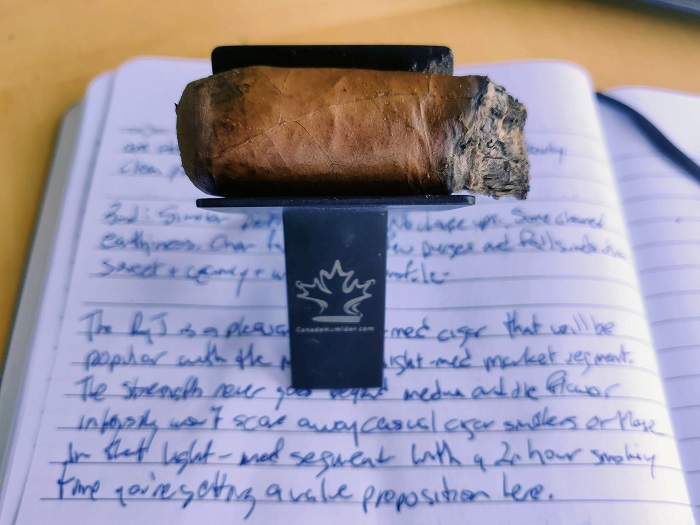 The final third starts out with a similar profile to the second third. As the final third establishes itself, there is an addition of charred earthiness. After several purges, the char falls away and falls back into a sweet, creamy and cedar flavor profile.

The burn was a bit jagged, but always kept up with itself. The ash held on in one inch increments. 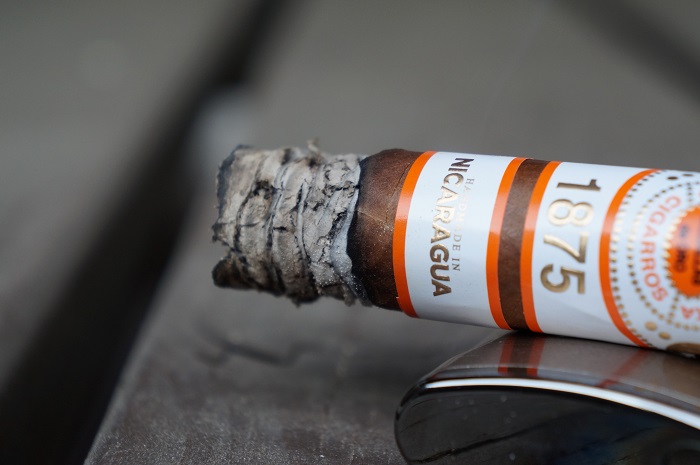 The burn had some waviness to it, requiring occasional touch-ups. The ash held on well in 1 1/2″ increments.

The cigar started off a bit lackluster and then became a bit better in the second third. The final third fell victim to an immense amount of char. Construction was great. Although the strength level was around medium, the flavor profile was fairly dark and could be a turn off to some. It was interesting trying an all Nicaraguan Romeo y Julieta, but in the end, the execution seemed lacking. The price point is attractive, so some may find this an appealing cigar, but for me, it’s probably not something I would be in a hurry to revisit.

The draw was perfect with a slight resistance on each puff.

The Romeo Y Julieta 1875 Nicaragua Toro is an average, albeit pleasant light-medium bodied cigar that will be popular with the Connecticut Shade category of cigar smoker. The strength never goes beyond medium, and the flavor intensity won’t scare away casual smokers. With an attractive price point, and a 2+ hour smoking time, you’re getting a significant value proposition with this cigar.