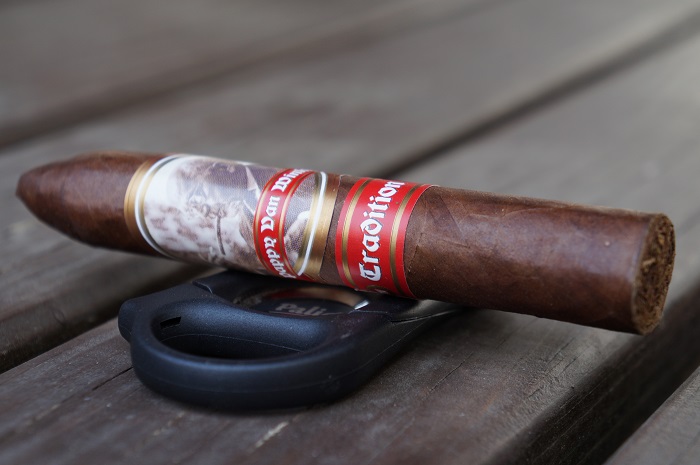 The wrapper is an even medium brown and doesn’t have much in the way of visible veins. The seams are easily visible due to a slightly darker color on the edges of the leaf and the belicoso head is neatly finished. There are two bands, with the primary having the portrait of Mr. Van Winkle and the secondary band being a strip that carries the line name. The aroma from the wrapper was a green hay which gives a slight grassiness while the foot brings a general wood note with a slight white pepper spice. The pre-light draw gives a light graham cracker note along with some hay and a mild spicy tingle on my lips. 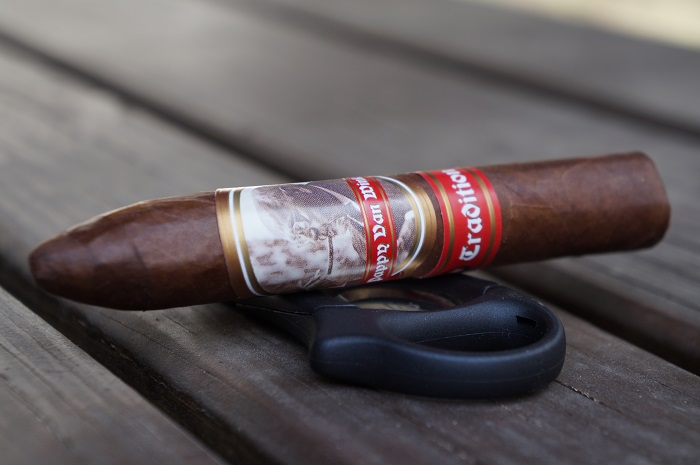 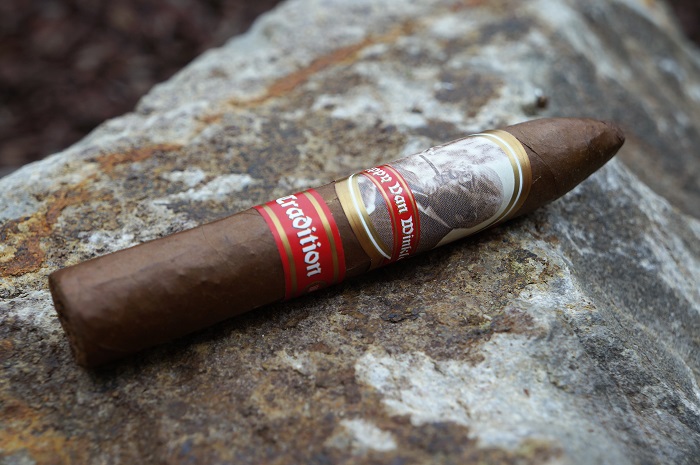 As soon as the cigar was lit, it provided the graham cracker note I got from the pre-light draw along with a slight cinnamon. A few draws after that, the graham cracker is replaced by a slightly charred wood with a concentrated cinnamon note. At a quarter inch in, there seems to be a bit of black pepper wrestling with the cinnamon behind the charred wood. At a half inch in, the cinnamon won over the black pepper and is now mellow and smooth with the addition of some cream. At an inch in, the retrohale is carrying quite the cinnamon bite with some oak in the background. At an inch and a quarter, the wood is more defined as oak and has lost the char while the cream is pairing up with it nicely. The strength in this third was slightly above medium. 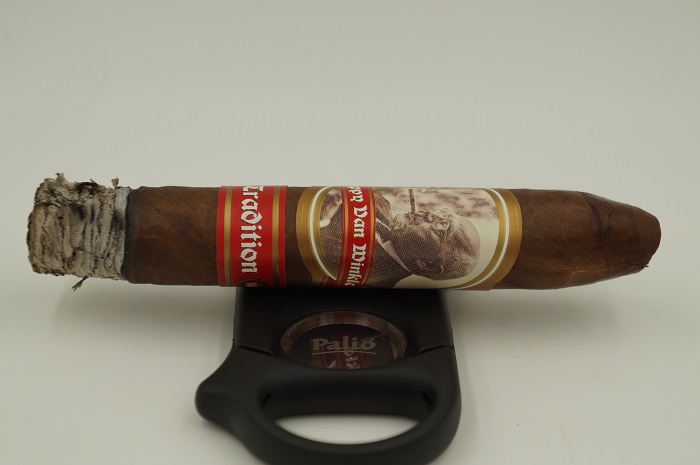 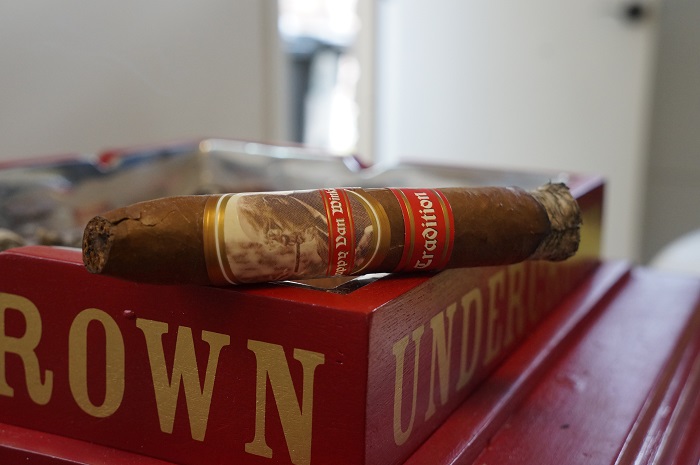 As the second third begins, the oak is up front with the cream slightly behind and the cinnamon is very faint in the background. At a half inch in, a slight metallic note joins the profile. At an inch in, the metallic note is evenly matched with the oak while there is some cream in the background and the cinnamon is completely gone. As the third comes to a close, the metallic note has faded back and the oak has turned into a dry cedar. The retrohale also carries the dry cedar note. The strength in this third bumped up to medium-full. 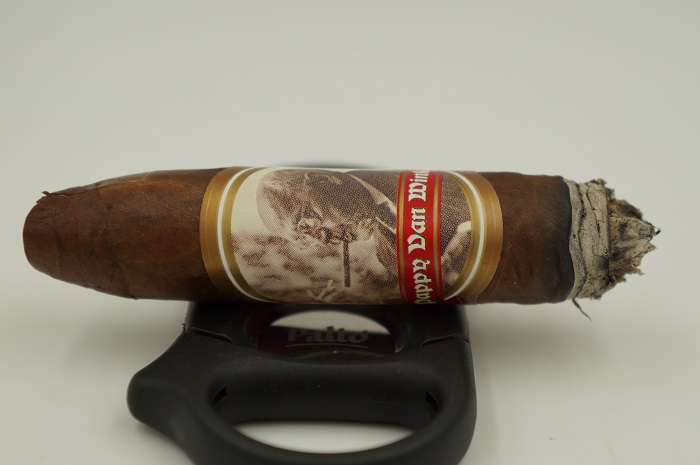 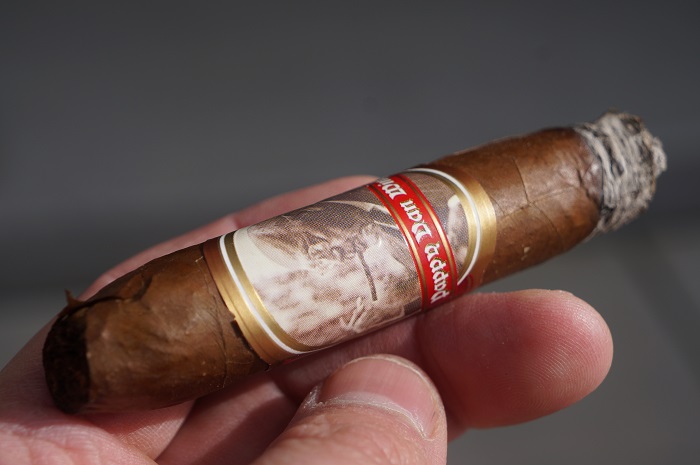 The second third shows the black pepper spice backing off, which allows for under-ripe stone fruit and minerals to come through more. Other than that, the core profile is still mixed dried nuts, hay, dried nuts and black pepper. The finish picks up intensities in black pepper and minerals, which has a direct correlation to the strength creeping towards medium-full. Body remains unchanged at medium.

As the final third begins, the dry cedar note is what the profile consists of, along with a slight bitterness. At a half inch in, some cream joins which helps mask some of the bitterness and makes the cedar slightly less dry. This is the profile the cigar finishes with. The strength in this third dropped back down to slightly above medium. 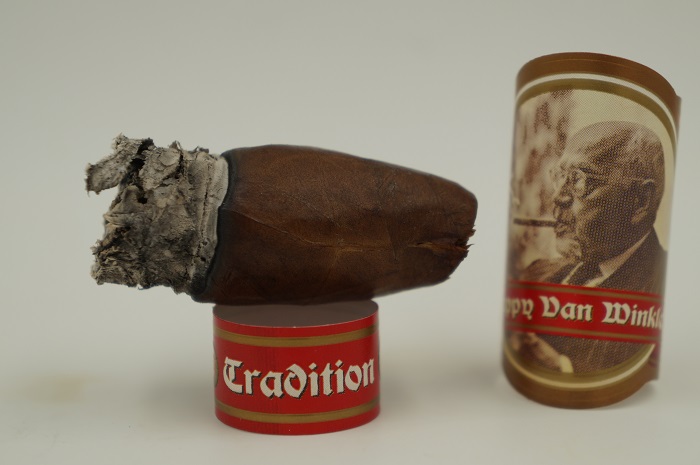 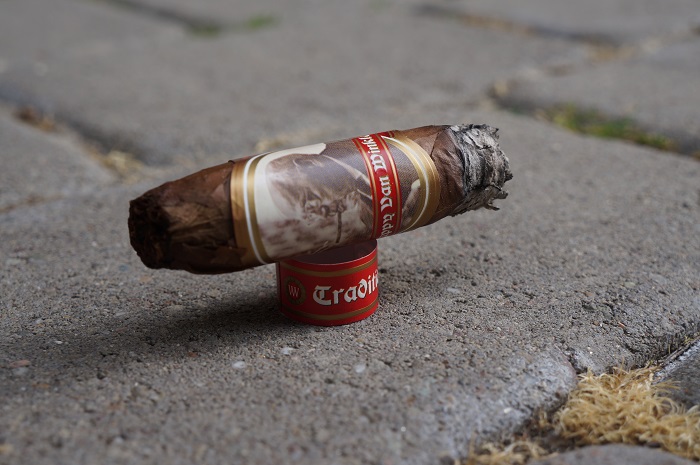 The last third’s profile shifts once again but this time, the main notes I taste are toasted bread and minerals. These notes paired with mild mannered black pepper, dried nuts and hay gives quite a harmonious flavor profile. Strength and body has no changes with near medium-full and medium, respectively.

The burn line was slightly wavy but never needed any attention. The ash held on in just over one inch increments. 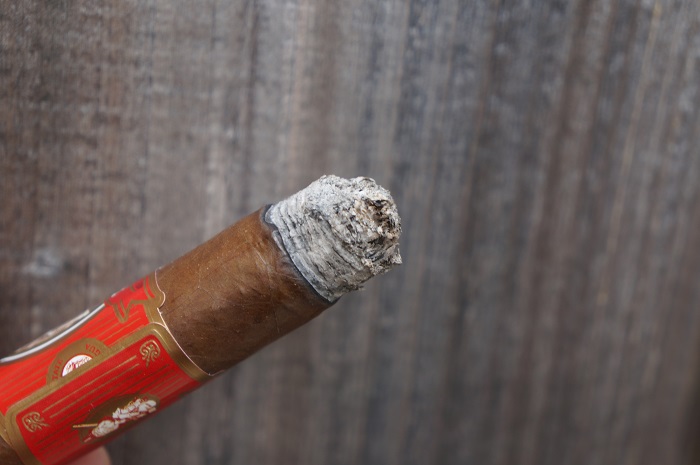 In smoking this vitola as the second one we reviewed, I was interested to see what differences it provided. In the end, it was similar in regards to how much I liked the profile. The first third was good, but after that, it was average the rest of the way. There was a slight metallic note present in the second third that I didn’t experience in the Toro, but wasn’t much of a deterrent. Construction was very good. I still don’t see the draw to this cigar that some others have noted. Regardless of the fact that the price point is very high, there isn’t much to draw me back to the line and I’ll leave the stock of these to the others that really enjoy it.

The draw was also very good. A tad too loose for my liking but never did the draw affect the flavors.

This is our second vitola reviewed within DE’s Pappy Tradition line. Looking back at the Toro format, the tasting notes of this Belicoso Fino seemed like I was smoking two different cigars. The Toro was generic in flavors whereas the Belicoso Fino was distinct and fuller in flavors. This format is no doubt the clear winner of the two. One thing to note is the wrapper of the cigar is quite fragile so I had to be very cautious of especially removing the bands. Even the initial cut created a crack. Just make sure to show it some TLC.