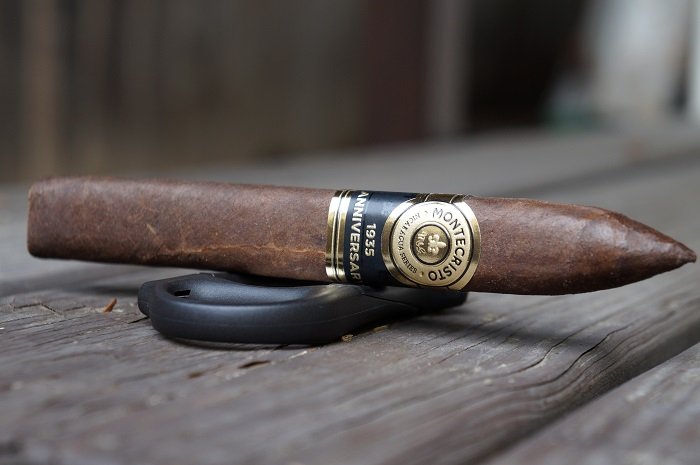 Aaron: The box pressed Torpedo has a dark brown wrapper with a lighter color around some of the well pressed veins. The seams are very smooth and the tapered head is expertly finished. The Montecristo 1935 Anniversary Nicaragua No. 2 band is gold and black and carries the brand logo and the line name. The aroma from the wrapper is a mix of earth, cocoa powder and light spice. The foot brings sweet wood, earth and a healthy dose of crushed red pepper that coaxes a few sneezes. The pre-light draw brings sweet cedar, light earth and a mid-level spiciness on my lips.
Seth: The Montecristo 1935 Anniversary Nicaragua No. 2 is absolutely amazing in appearance. The wrapper sports this lovely dark chocolate coloring, solid maduro, and the wrapper has tooth and medium sized veins. Firmly pressed, the cigar is well constructed throughout and I am picking up aromas of rich earth, chocolate, dark spices and tobacco.
John: The pre-light experience for the Montecristo 1935 Anniversary Nicaragua No. 2 included a firmly box press to the torpedo vitola format. The UPC sticker came off in an intact piece with the cellophane. I was able to pick out aromas of dark, chewy dates and cedar from the wrapper. Sweet wood and raisin were present from the foot.
Jiunn: The Montecristo 1935 Anniversary Nicaragua No. 2 has a pale Colorado maduro wrapper shade. Veins are well pressed, seams tight, bunch and roll even and torpedo head well wrapped. Aromas from the wrapper give mainly cedar. Aromas from the foot tell stale bread and white pepper. Cold draw reveals cedar and hay. 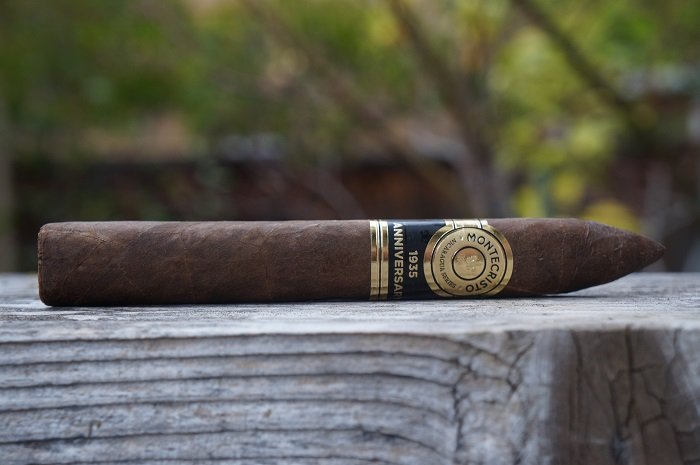 Aaron: The cigar begins with a combination of wood, potent baking spice and light cocoa powder. At a quarter inch in, the baking spice has mellowed a fair amount and a light mustiness has joined in. At a half inch in, the cocoa powder has departed. The retrohale consists of musty wood and light baking spice. At an inch and a quarter, the wood, baking spice and mustiness are all even. As the third comes to a close, some earthiness joins the profile. The strength in this third was slightly above medium.
Seth: The first third begins by delivering some nice, rich earth and dark spice notes. There are some tobacco qualities present as well and I am picking up some wood notes on top of that. Bits of red and black pepper are present also. Medium-full in body and strength thus far.
John: My first few puffs brought a flavor medley of sweet, creamy baking spices, with the baking spices trailing into the post draw, lingering long on the palate. The retrohale has an intense pepper which I would rate at medium-full to full in strength. The pepper becomes so intense at one point that my tongue was stinging. As the cigar progresses, a malty sweetness settles into the center of the profile, resulting in significant salivation. By the 10 minute mark, the pepper has backed off in strength to just over medium. As the cigar progresses, rich chocolate joins the retrohale mixing well with the pepper and spices. Some earth joins the post draw some time later.
Jiunn: The first third has a decently complex profile. Naturally sweet Hawaiian bread, barnyard, herbal tea and baking spices. On the retrohale, there’s a ton of nasal clearing white pepper and a nice roasted nuttiness. The finish is a mixture of baking spices and dirt. Strength and body is medium. 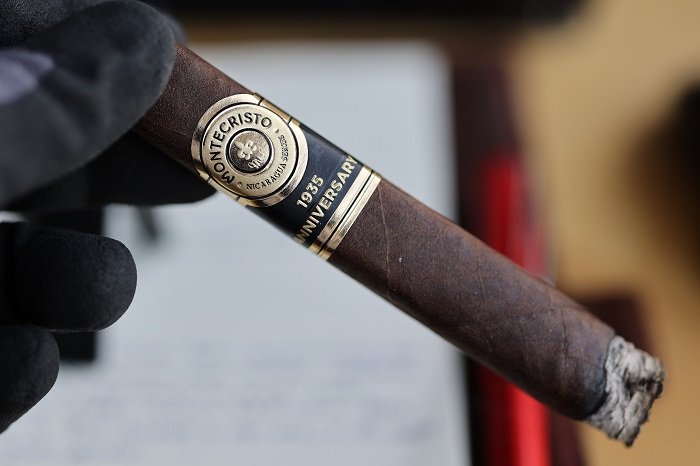 Aaron: As the second third begins, the wood and earth are even up front with the mustiness and baking spice a bit behind. At a half inch in, the baking spice has mellowed a bit. At an inch in, the overall profile has become a bit dry and the baking spice has departed. The retrohale is musty wood and dry earth. At an inch and a half in, slight hints of cocoa powder are detectable on each draw. The strength in this third remained at slightly above medium.
Seth: The second third begins by delivering those dark spice notes with red and black pepper notes from before. I am picking up those rich earth, wood and tobacco notes from before as well. Like the first third, medium-full in strength and body.
John: The second third starts things off with a creamy sweetness with pepper and earth finishing the draw, carrying well into the post draw. As it settles in, malty sweetness returns to the center of the cigar. Sweet citrus joins the center as the second progresses. By the halfway point, pepper sits on my tongue tip through the post draw at medium strength. In the bottom half, the pepper intensifies back up to medium-full on the post draw. Mild chocolate is present on the retrohale.
Jiunn: The second third is for the most part, a continuation of the first third. Still naturally sweet Hawaiian bread, barnyard, herbal tea and baking spices. The only difference is, the finish creates a drying effect, but with the same flavors of baking spices and dirt. 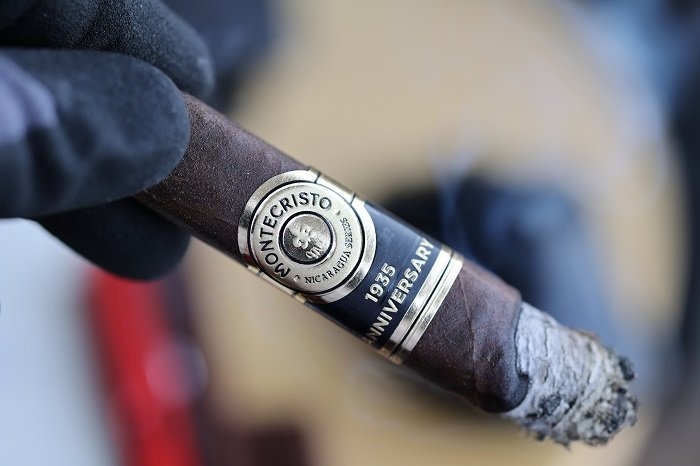 Aaron: The final third continues with the wood and dry earth upfront and some mustiness a bit behind. At a quarter inch in, the wood gains some char. At a half inch in, the char is pretty heavy. The retrohale remains musty wood and dry earth. The cigar wraps up with the heavily charred wood and dry earth. The strength in this third bumped up to medium-full.
Seth: The final third is identical to that of the second third and I am picking up those rich earth, dark spice, black pepper, red pepper, tobacco and wood notes. It is remaining around medium-full and has a nice easy finish.
John: Creamy citrus moves the cigar into the last third, with a sharp pepper and light earth on the post draw. Bread joins the retrohale as the last third settles in. The post draw earth moves up to medium strength as it continues.
Jiunn: The final third’s profile deteriorates. A lot of the characteristics of the first two thirds is lost, leaving me with primarily dirt and baking spices. Strength and body finishes medium. 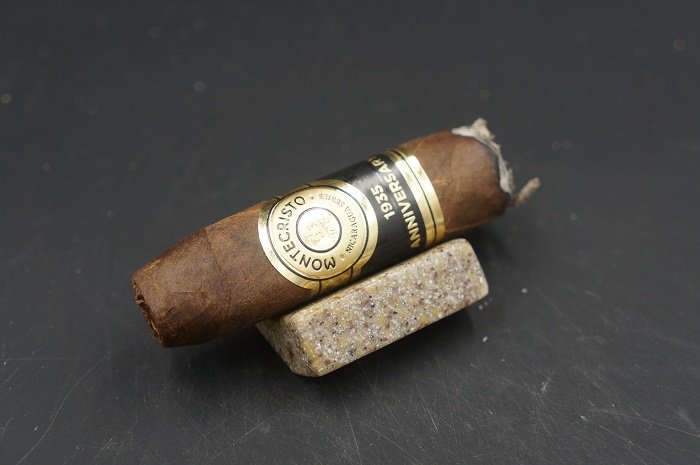 Aaron: The burn was slightly wavy at times. In the second third, the cigar went out twice, requiring re-lights. The ash held on in inch and a half increments.
Seth: Burn was very good throughout. It was never perfect, but near perfect. Well constructed cigar.
John: The burn was straight through the first third with ash holding up to 1-1/2 inches. The burn was wavy at times in the second third, eventually requiring a touch-up. No issues through the final third.
Jiunn: Burn performance was top notch. Even burn, cool burning temperature, tight ashes and ample smoke production. 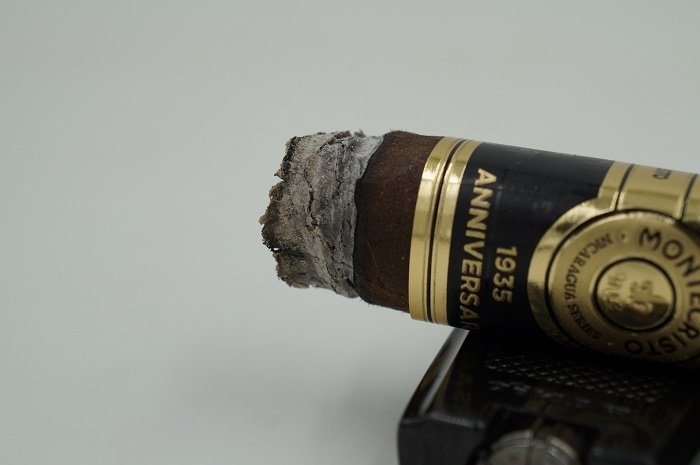 Aaron: The draw was slightly tighter than I prefer, but didn’t cause any issues with the smoking experience.
Seth: Very good draw present throughout. Nice level of resistance and give from start to finish.
John: The draw was flawless, right in the ideal zone between resistant and open.
Jiunn: The draw was also perfect, striking the ideal balance between air flow and resistance.