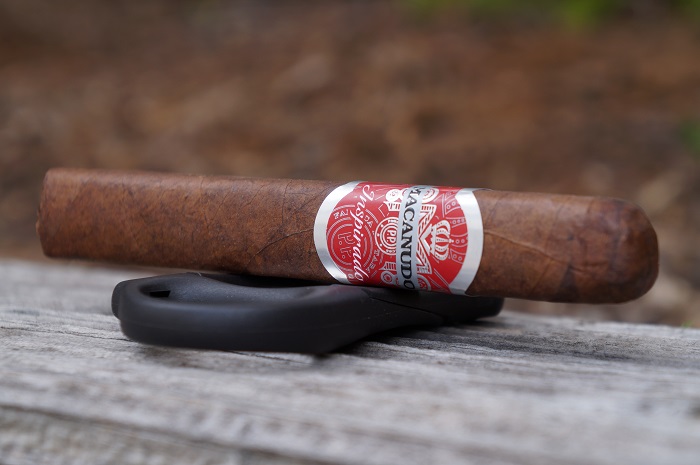 The wrapper is medium brown and is speckled with a darker shade. There are a couple of medium sized veins, but they are well pressed as is the cigar in its box press format. The seams are easily visible due to the color variation of the wrapper but are smooth. The head is finished off with a well applied double cap. The band is the traditional Inspirado band, and this line uses the appropriate red to go along with the name. The aroma from the wrapper is a distinct barnyard while the foot brings wood, leather and some white pepper. The pre-light draw is a very inviting mix of wood and spicy cinnamon. 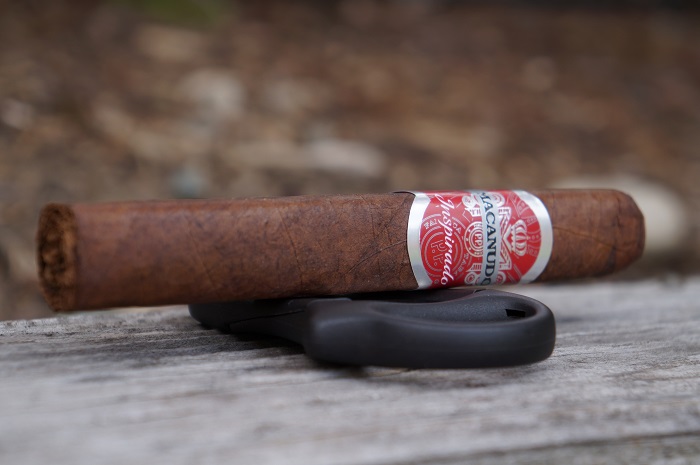 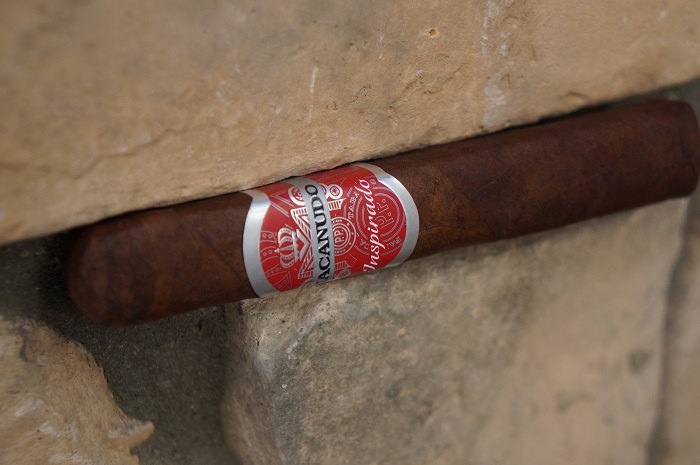 The cigar begins with a mix of wood and cinnamon. At a quarter inch in, the cinnamon drops down in intensity while the wood remains up front. At three quarters of an inch in, the cinnamon morphs to a more general baking spice that becomes a bit more potent and is present on the finish as well as the retrohale. At an inch in, a mellow creaminess and mustiness join the profile as the wood remains up front with the baking spice in the background. As the third comes to a close, the mustiness has really built up and takes the lead over the wood while the baking spice is in the background and the cream is no longer present. The strength in this third was right at medium. 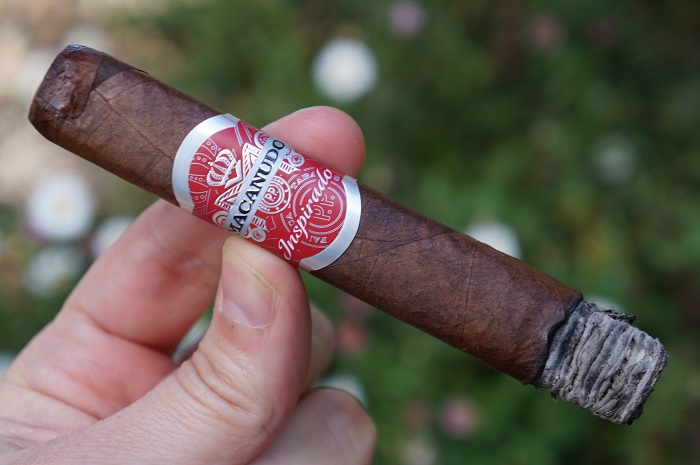 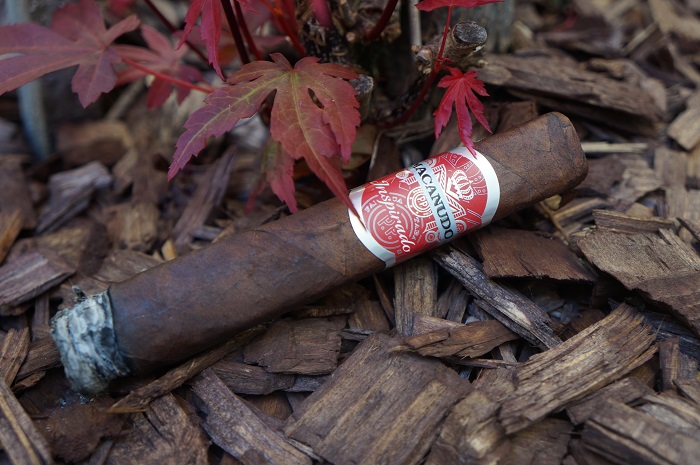 The first third does a good job of hitting the major components of a good cigar. Spice in the form of dried red peppers, earth in the sense of dried wood, sharper minerals and construction paper, sweetness coming off a naturally sweet and creamy mix dried nuts. Retrohaling brings deeper notes of dried red pepper spice, minerals and mixed nuts. The finish is a long and lingering dried wood and construction paper. Strength and body is medium. 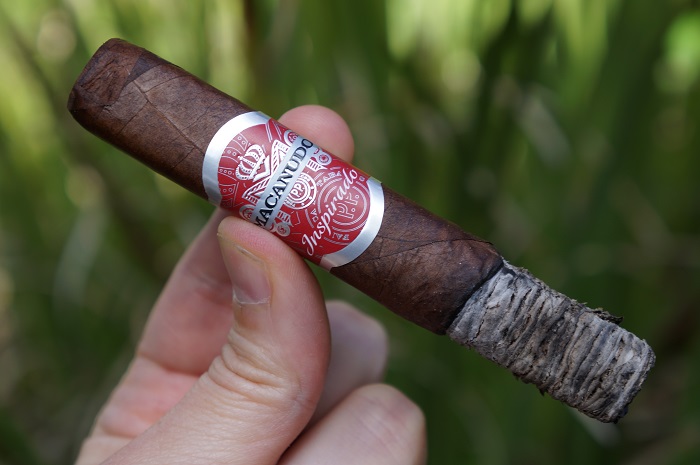 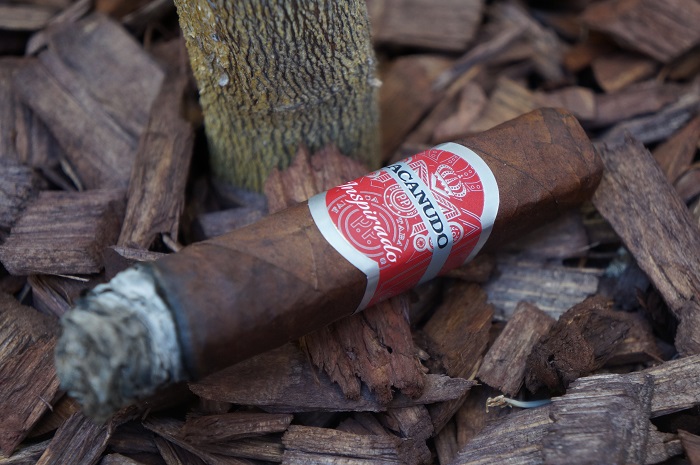 The second third becomes more mineral focused with a new addition of baking spices. These types of earthy spices allow for the sweetness and creaminess of mixed dried nuts to shine more, while at the same time having the dry red pepper spice be less of a factor. Strength is inching towards medium-full while body stays consistently at medium.

As the final third begins, the charred wood and mustiness are up front with some baking spice and bitterness in the background. The profile is also a bit drying now. At three quarters of an inch in, the charred wood and mustiness become even fuller, as does the bitterness. At an inch in, the cigar begins to heat up and brings some mintiness to the profile. This is how the cigar finishes up. The strength in this third bumped up to slightly above medium. 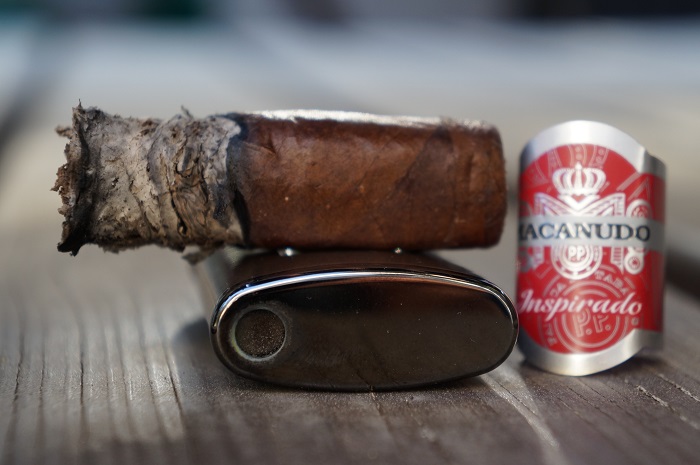 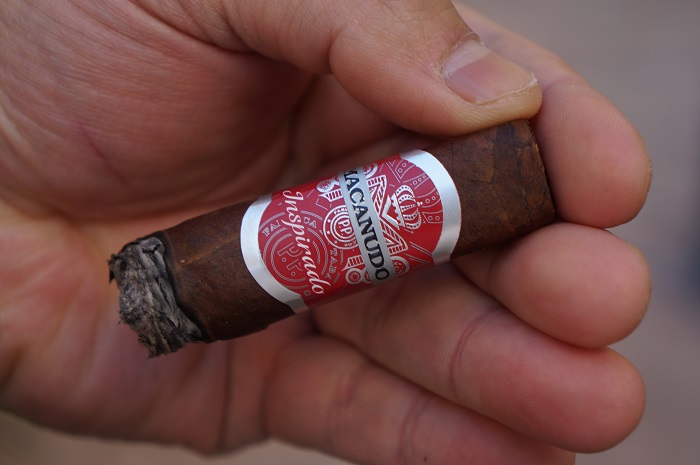 The only difference within the last third is the strength moving to a consistent medium-full (while body finishes medium). In terms of flavors, no changes. Still a mineral, baking spice, naturally sweet and creamy mixed dried nuts focused delivery. The finish is still fairly long with lingering dried nuts and construction paper.

The burn was slightly wavy throughout but never needed any attention. The ash held on in inch and a quarter increments. 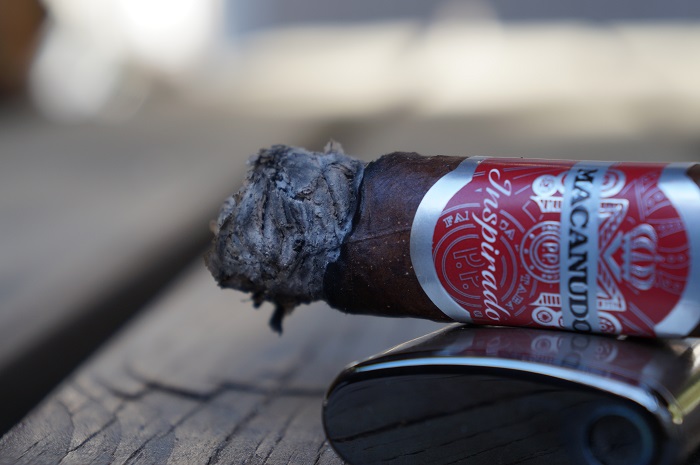 Burn performance was overall good. The only negatives were two fairly large touch-ups required within the first two thirds of the cigar. Aside from that, cool burn, solid ash marks and good smoke production.

The cigar was centered around wood with some cinnamon and then baking spice in the first third and then was replaced by mustiness from the second third on. Construction was very good and required no attention. I’ve been a bit underwhelmed by the Inspirado line and the Red was no exception. It’s a fairly average flavor profile with nothing to really hold my attention. I’d pass on smoking more of these as there are plenty of other cigars that offer a better flavor profile.

The draw was perfect. The best combination of air flow and resistance.

The overall conclusion of the Inspirado Red Robusto is that this is a well priced cigar delivering flavors some Equadorian Habano cigars much pricier simply cannot compete with. The flavors of minerals, baking spices, sweet and creamy mixed nuts and dried red pepper spice worked well and were easy to depict. Given the $6 price point, this is worth at least a fiver to start with.