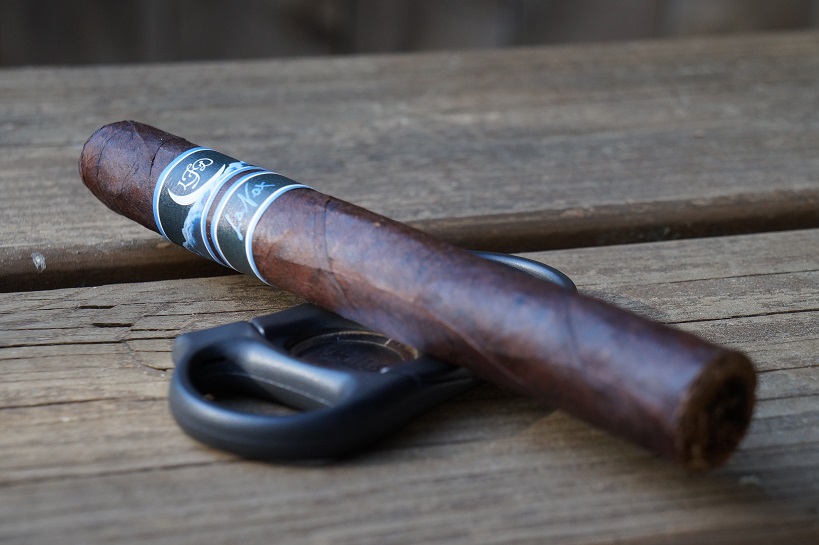 A very dark brown, almost black wrapper that has a bit of a turtle shell type pattern to it. There are a couple of visible veins, but nothing obtrusive. The seams are nearly invisible as are the caps since they are applied so smoothly. There are two bands. The first says LFD and has a crescent moon and some clouds while the second one has La Nox printed on it. The band colors play very well with the wrapper. This is a very attractive cigar. The aroma from the wrapper is a light sweet hay and barnyard while the foot also gives a sweetness, but more like cherry. The pre-light draw brings a little dustiness to my tongue and also shows that same cherry sweetness from the foot aroma. 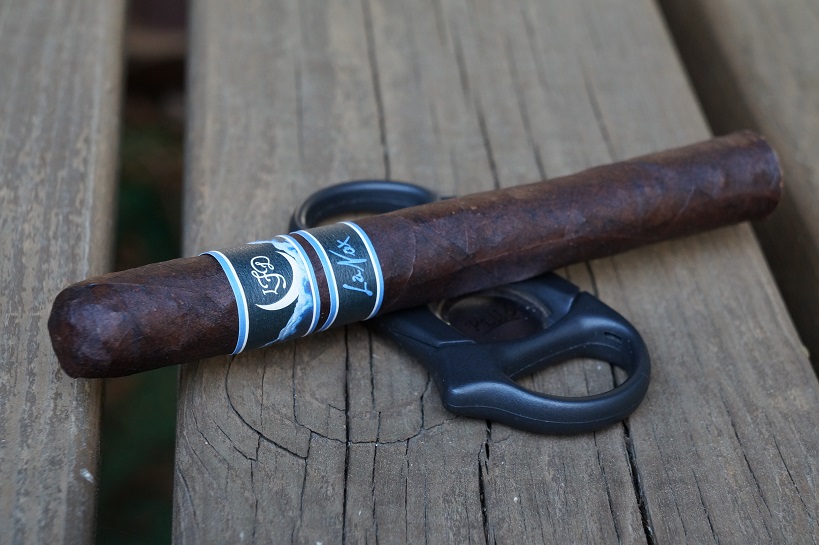 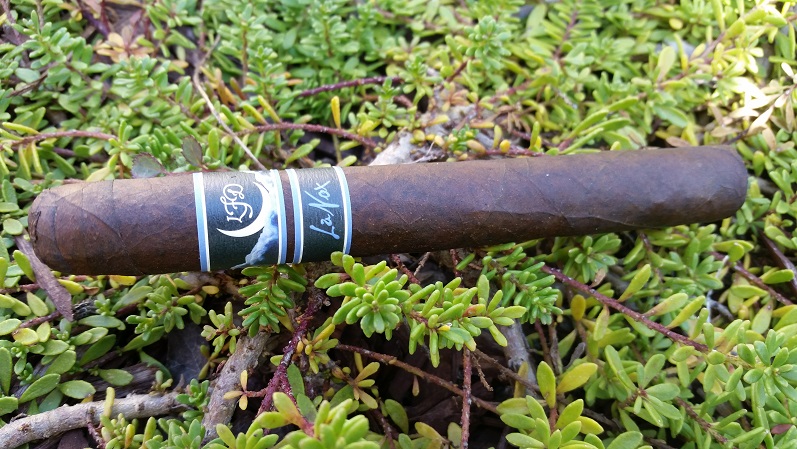 The La Nox’s presentation is one to take a moment and admire. A beautiful hearty and rustic dark brown with a red hue. The midnight blue band plays off the dark wrapper very well, beckoning the cigar to be smoked at night after a substantial dinner. The cigar feels weighty, being packed full of tobacco, even and uniform give and a well adhered thick triple cap. Pre-light wrapper aromas of sweet floral perfume, fresh cedar and barnyard. Foot aromas of sneezing white pepper spice, Mexican chocolate and hay. Cold draw of namely tingly white pepper and sawdust.

The initial draws bring the flavor of dark chocolate with a bit of woodiness on the retrohale. After a few draws, the chocolate goes away and an earthy wood with a bit of pepper is now the core set of flavors. The retrohale has the same earthiness and wood, but just a little more dialed back and without the pepper. About three quarters of an inch in, the pepper fades away and it is now primarily earth and wood. The retrohale is now earthy with a bit of minerality. As the cigar goes on, I get hints of black coffee as well as black tea in various draws. About an inch and three quarters in, a light black coffee is now staying pretty even with the earthiness and light wood. Nearing the end of the third, the retrohale becomes more full with the earthiness and minerality. The strength in this third was slightly above medium. 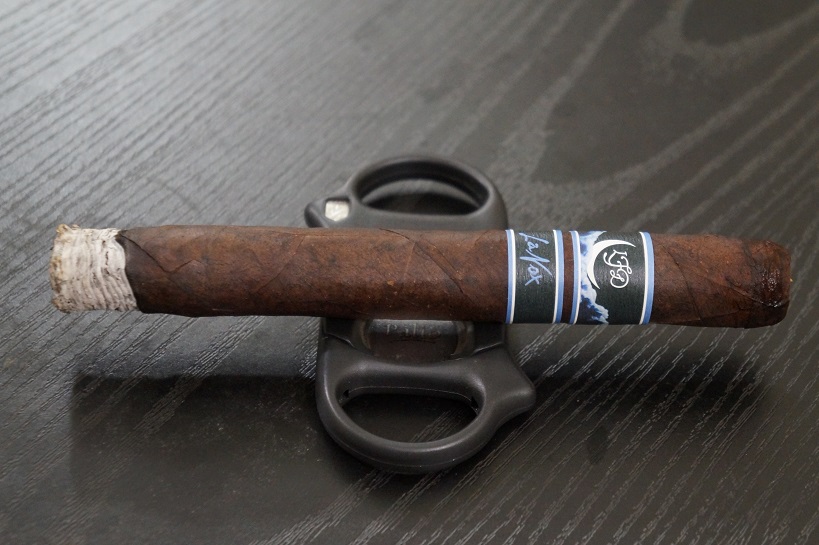 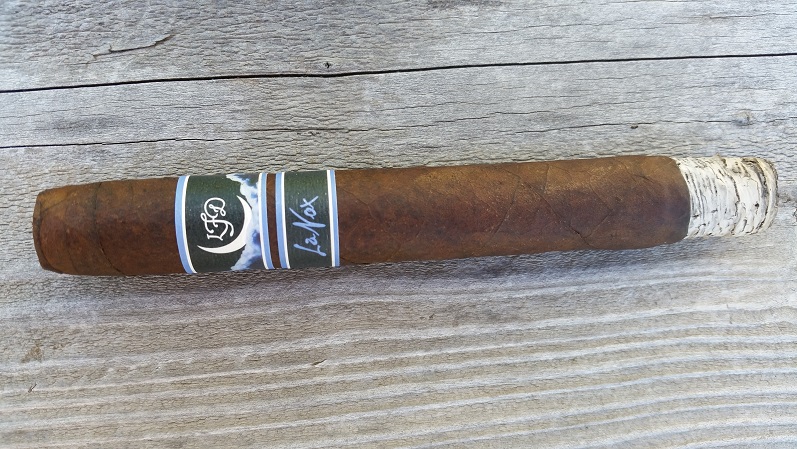 First thirds initial inch has a fairly dry profile, with notes of dry cocoa, dry biscuits, floral perfume and sweet creamy milk. Through the retrohale, cedar and faint white pepper. The finish is an ongoing light dry wood and medium full dry tannins. Roughly an inch and a half in, the profile becomes noticeably sweeter, further accentuating the sweet creamy milk as well as providing a more full palate, layering tannins. Strength and body is a consistent medium for the entire first thirds smoking experience.

As this third begins, a bit of minerality has made its way in to the mouth to mix with the earthiness and wood. Some creaminess is also beginning to come in to play. A little bit of sweetness comes into this complex mix of earthiness, wood, minerality and cream. The retrohale is now primarily a light dry wood. About an inch in, the flavors settle down to wood, minerality and slightly sweet cream with the earthiness going away. A little further in and the sweetness is now present on the retrohale along with the woodiness. Half way into the third, a bit of char is mixing with the woodiness, which is more defined now as oak, and cream. The oak is also the dominant flavor on the retrohale. At about an inch and a half in, the char goes away and it is primarily oak and cream. A little further in and the char returns. The minerality also returns to the retrohale. Nearing the end of the third, the retrohale has become very mellow with light oak and creaminess. The strength in this third remains slightly above medium. 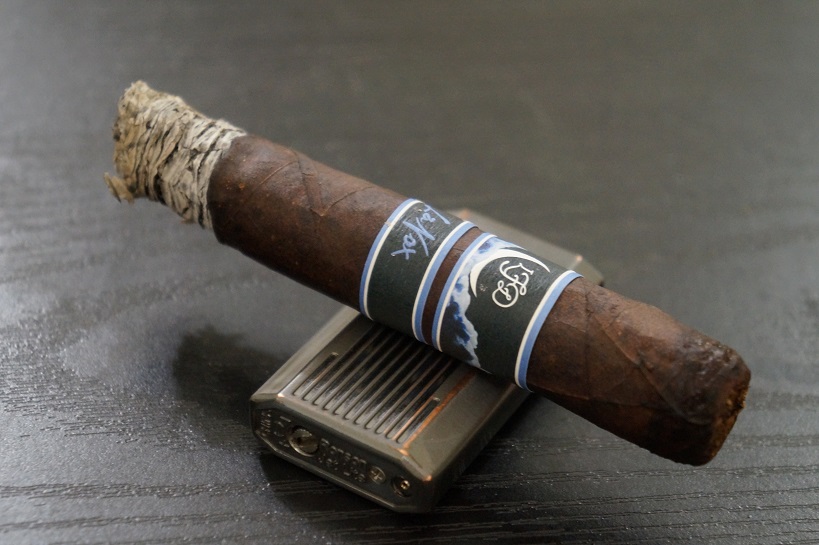 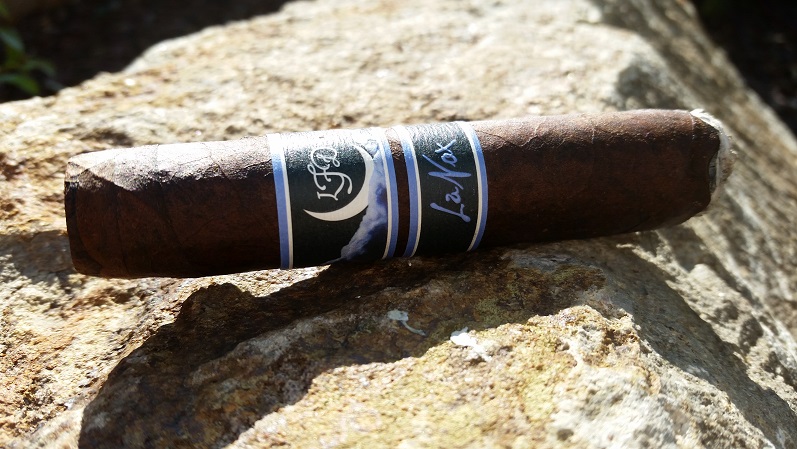 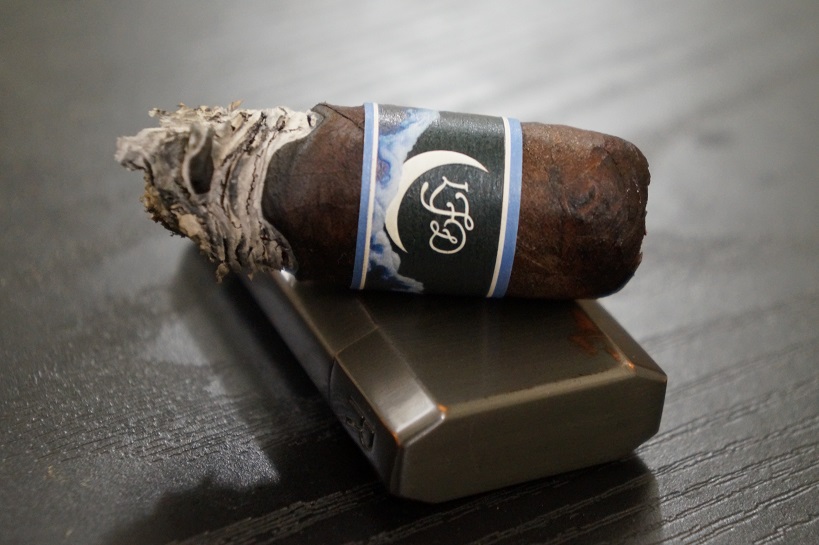 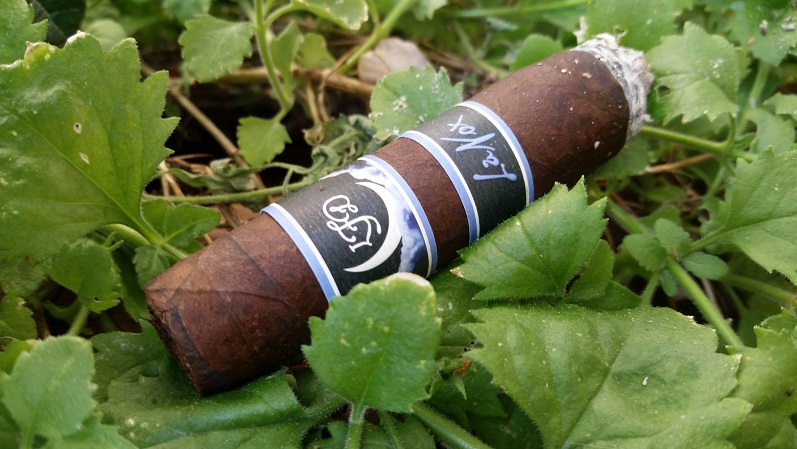 The last third mimics where the second third left off, with notes of dry biscuits, sweet creamy milk, white pepper and palate layering tannins. A new note of bitterness is introduced, which in this rare case, is a welcoming note. The bitterness breaks up the sweetness and provides a bite to the profile. Further, intermittent milk coffee is mixed in. Last third, just like the first and second third, is at a medium strength and body.

The burn was very good. It wasn’t razor sharp and there were times where part of the wrapper didn’t burn, but it always caught up without any intervention. The ash held on in one inch plus segments. 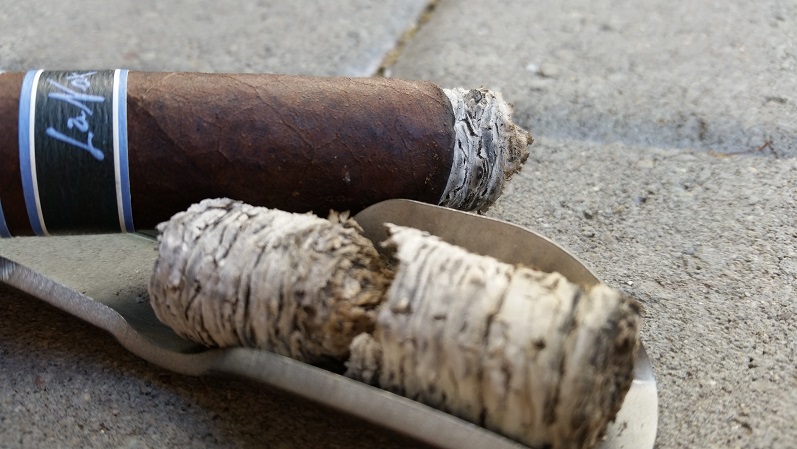 Very good burn. Solid one and a half inch ash marks. The ash marks itself representing a snow white ash, was pretty and eye catching. Burn was fairly razor sharp throughout the entire cigar.

The draw was slightly tighter than I prefer, but nothing that affected the overall performance.

This is a very good cigar. The flavors were very dynamic through the first two thirds but became pretty static in the final third. Some people have said this is a very strong cigar, but while some of the flavors were dark, I didn’t find it too strong. I would recommend this to a more seasoned smoker to pick up the nuances that it provides, but for those smokers, they are in for a treat. Definitely something as an evening or final cigar in a smoking session, but quite enjoyable and one I could see myself gravitating towards quite often.

Good draw overall. A tad bit snug for my preference but that’s just being nit-picky.

This cigar did not taste like a typical Litto Gomez profile. For me, Litto Gomez cigars typically have a quintessential sharp cedar and strength heavy profile. Whereas for the La Nox, I mainly tasted the sweet creaminess of (what I believe) the Brazilian tobacco. In a way, the cigar tasted like dessert. I’m not saying I did not enjoy the cigar, but it just blew out my post-light expectations. A cigar worth picking up a few to enjoy any time of the day.