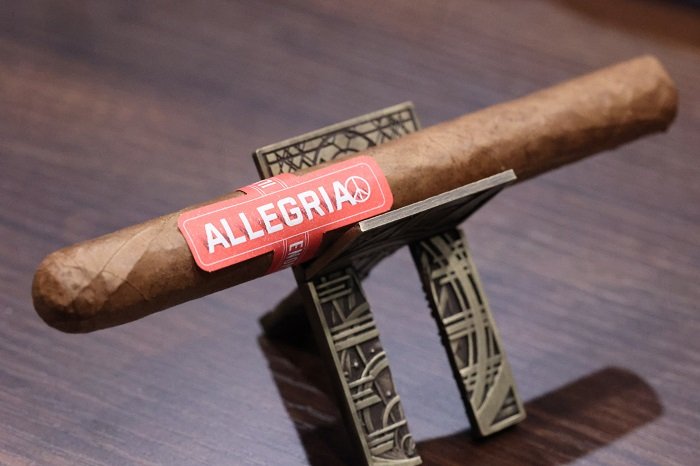 Aaron: The wrapper on the Illusione Allegria Lonsdale is light brown with a slight green tinge. It’s a bit lumpy and carries some lightly raised veins. The seams are smooth and the caps well applied. The band is orangish-red and white and carries the line name on front with the company name on the sides. The aroma from the wrapper is a light mix of cedar and earth while the foot brings a mix of cedar and hay. The pre-light draw brings cedar, hay and floral notes.
Seth: The Illusione Allegria Lonsdale is a nice looking cigar. Simple Colorado coloring. Firm throughout with a nice cap. Small veins throughout. Aromas of stone fruit, sweet spices, earth and tobacco.
John: The Illusione Allegria Lonsdale comes in cellophane, and has a UPC sticker with an integrated tear space so it remains intact when opened. The cigar is single banded, and the band is almost in the form of a cross with the band running up and down the cigar. Aromas off the wrapper included sweet bread, yeast and light wood. From the foot, I was picking out mild, sweet raisin, fig and tobacco.
Jiunn: The Illusione Allegria Lonsdale has a Colorado Claro wrapper shade. Wrapper is on the duller side, without much oil. Veins are well pressed, seams tight, bunch and roll slightly lumpy and head is well wrapped and capped. Aromas from the wrapper tell barnyard in the most wonderful way. Aromas from the foot give assertive white pepper spice, nuts and cedar. Cold draws reveal cedar, hay and a hint of pancake and syrup (really). 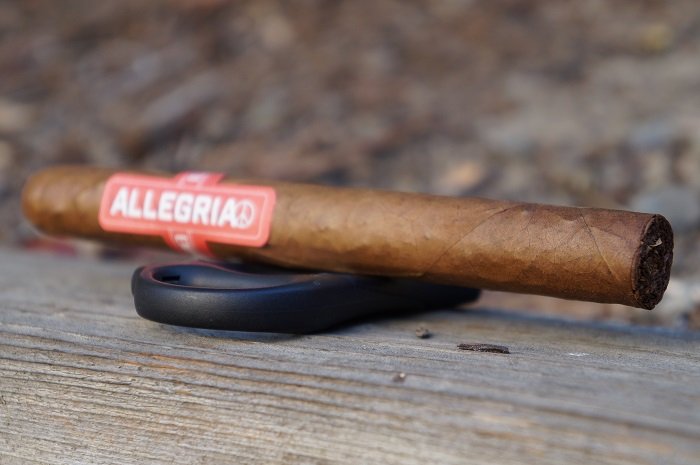 Aaron: The cigar begins with toasted cedar and light amounts of earth and black pepper. At a quarter inch in, the fullness of the earth and black pepper increases. The retrohale is toasted cedar, earth and lightly zingy black pepper. At an inch and a half in, a light meatiness joins the profile. As the third comes to a close, the toasted cedar is just ahead of the earth and black pepper with a light meatiness in the background. The strength was right at medium.
Seth: The first third starts out with nice spice notes. Bits of leather and cinnamon as well. Tobacco and dry wood. Aromatic. Medium in strength and body.
John: The first third opens light and nuanced with bread, baking spices and wood to finish. A honey sweetness underpins the start here. Those spices quickly work their way up to medium-full while at the same time a toasted brown sugar comes through on the finish. As the first third settles in, chocolate is present on the retrohale. During the first third progression, some mild dryness at the end of the draw is accenting the wood.
Jiunn: The first third presents a decently balanced profile centered around soft dinner bread rolls, cinnamon, hay and layered black pepper spice. Retrohaling brings the cinnamon and cedar more to the front stage. The finish has a soft lingering ginger soft candy and cedar. Strength and body is medium. 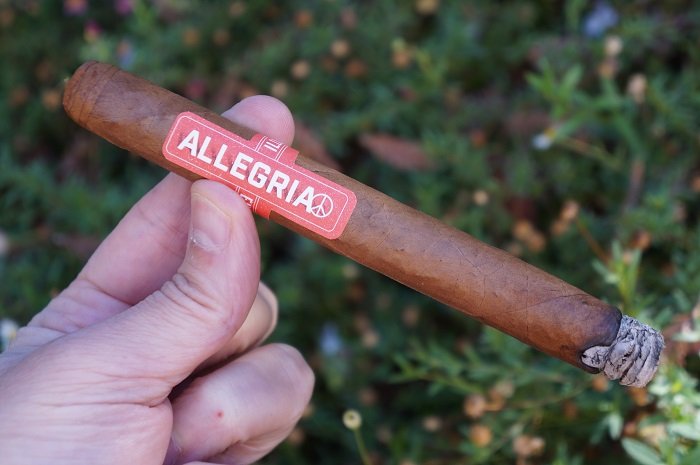 Aaron: As the second third begins, the black pepper mellows a bit. At a half inch in, a light mustiness joins the profile. The retrohale is now toasted cedar and light earth. At an inch and a quarter, the earth mellows a bit. As the third comes to a close, the toasted cedar is up front with earth and black pepper in the middle and light meatiness and mustiness in the background. The strength remained at medium.
Seth: The second third delivers some sweet spice notes that are paired with some mineral qualities. Earth, tobacco and dry wood as well. Again, aromatic with some sharpness. Medium in strength and body.
John: The second third leads off with dry, and mildly tanic cedar, a hay center and dry wood to finish. Mild cardboard moves into the center as the second third settles in. Bread returns to the retrohale after a short while. After the re-light, nuts and wood are present through the finish.
Jiunn: The second third shows more of the cinnamon coming through. There’s also a nice pastry-like scone feel to the “breadiness.” The finish is also starting to show some dirt grit to the existing ginger soft candy and cedar. Strength and body remains medium. 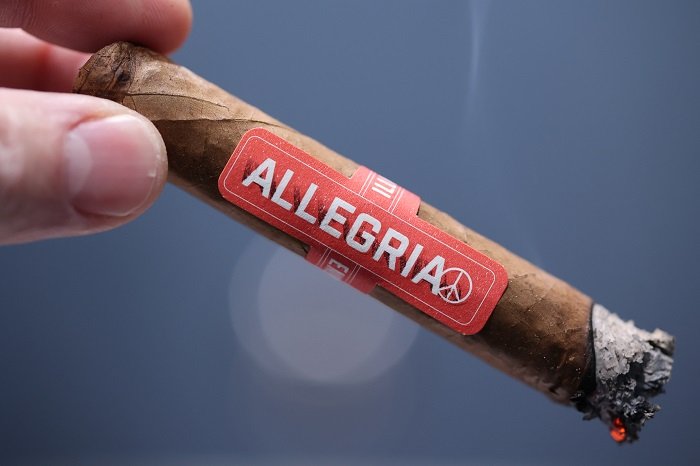 Aaron: As the final third begins, the mustiness increases a bit. At a half inch in, the toast level increases a bit. At three quarters of an inch in, the earth is now right behind the toasted cedar. The retrohale is now toasted cedar with light amounts of earth and mustiness. As the cigar wraps up, some pine bitterness joins in as the cigar warms up while the toasted cedar is up front, with earth right behind and light amounts of mustiness, black pepper and meatiness in the background. The strength remained at medium.
Seth: The final third is fairly in line with the second third. I was picking up sweet spice notes with minerals, earth, tobacco and dry wood. Medium in strength and body.
John: Bread combines with wood and nuts as the final third gets going, dry wood carries into the post draw. Some earth joins the post draw after a few puffs. As the last third progresses, wood drives the profile. Some baking spices come through to break up the linear wood component.
Jiunn: The final third loses out on some complexities. The core profile is now primarily cedar and cinnamon, losing out on the bready and nutty notes. Strength and body finishes the same medium. 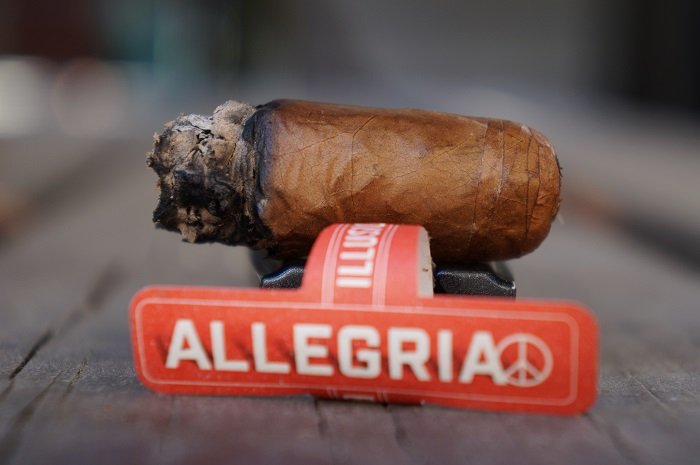 Aaron: The burn was a bit wavy at times and the cigar went out once, requiring a re-light. The ash held on in one inch increments.
Seth: Nice burn throughout. Not great, but decent.
John: I had significant burn issues through the review, that no doubt impacted the flavor performance. The cigar had a section of wrapper not burning that self corrected. The burn was uneven in the second third, which self corrected. The cigar went out twice in the second third, requiring two re-lights. The cigar also went out once in the last third, requiring another re-light. Three re-lights on a cigar are never going to be positive for the flavor experience.
Jiunn: The burn performance was nearly perfect. Just a couple quick touch-ups needed to get the burn back on track. 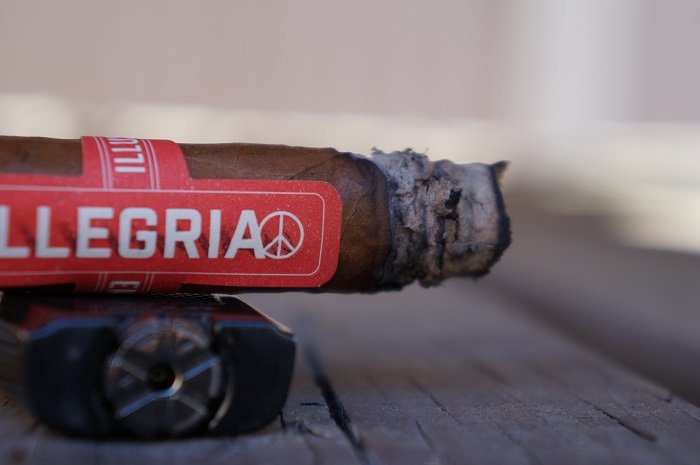 Aaron: The cigar began with toasted cedar and lights amounts of earth and black pepper. A light meatiness joined in a bit later. The second third saw some mustiness join in. The final third saw some pine bitterness join in near the end as the cigar warmed up. The Illusione Allegria Lonsdale had a nice flavor profile through the first two thirds and then dropped a level in the final third as the balance got off a bit. I’m curious if more time might smooth out the final third. I think this cigar is a good fit under the OneOff umbrella as I enjoyed it similarly to those releases. This carries a bit of a lower price point than those offerings, and I’d be interested in trying some of the other vitolas in this line. If you’re an Illusione fan, I’d suggest giving this one a try.
Seth: The Illusione Allegria Lonsdale does produce a profile that is stronger than OneOff, and more my cup of tea, but he still has other blends that I would go to that are similar in strength and body. I would rather spend a couple dollars more, and have a more elegant and refined smoking experience with another one of his blends. I know it is a blend that I would like in a larger format, while his more elegant stuff is better in smaller formats.
John: The Illusione Allegria Lonsdale came out of the gate with a promising combination of flavors. Those flavors became linear through the second and last thirds, and I can’t help but feel that was due to the re-lights. Three re-lights in all were required, twice in the second third and once in the last third. The draw was nearly perfect, slightly into the resistant spectrum. I would definitely try the Allegria Lonsdale again. I’m sure that the poor burn performance was bad luck and I’d like to see what the flavor delivery is on a good one. Total smoking time was 2 hours and 22 minutes.
Jiunn: It’s been a while since Illusione regained their steps. The Illusione Allegria Lonsdale is a big step in the right direction. The balanced and fullness in flavors definitely made a comeback, but it didn’t take the grand prize. Rather, it placed a bronze. Nonetheless, a win is a win and should be rightfully celebrated. Please keep this up.