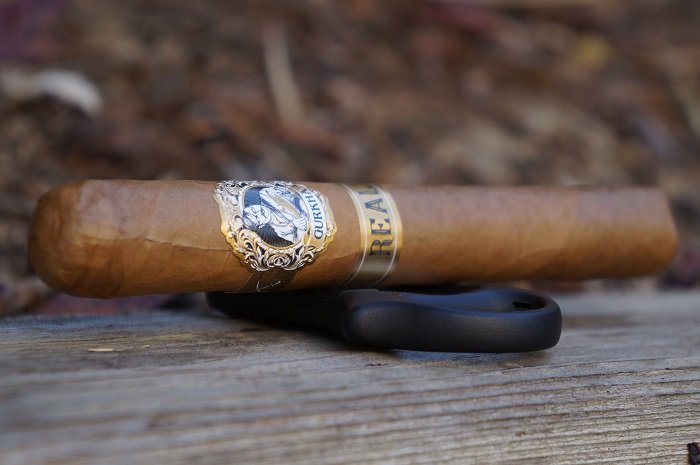 Aaron: The wrapper on the Gurkha Real Toro is two shades as the upper portion is a light golden brown and the lower is a light and dull brown. There are a few lightly raised veins present. The seams are smooth but easily visible due to the color variation while the head is finished off with a well applied set of caps. There are two bands with a color combination of gold, white and black and the primary having the company name and logo while the secondary strip band carries the line name. The aroma from the wrapper is dry hay while the foot brings a beef jerky like meatiness to it. The pre-light draw is an interesting combination of black tea and floral perfume.
John: The Gurkha Real Toro comes in cellophane, and has a UPC sticker with an integrated tear point that leaves it intact when the cellophane is opened. The cigar is also double banded, with the secondary band indicating ‘REAL’. For aromas, I was able to pick up on sweet bread and faint wood. From the foot, there was sweet tobacco, mild wood and barnyard. 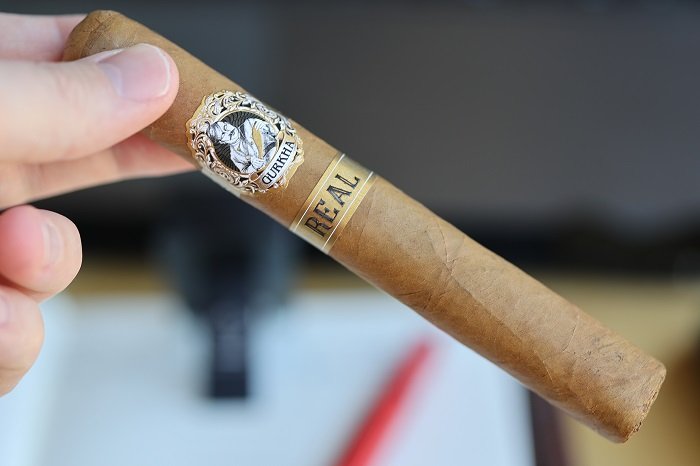 Aaron: The cigar begins with wood, light chalkiness and black pepper. At a half inch in, the wood gains a toasted note. At three quarters of an inch in, a floral note joins and pairs up with the chalkiness. The retrohale is a mix of wood and floral notes with some black pepper rushing in on the finish. As the third comes to a close, the toasted wood is up front with the black pepper right behind and the chalky floral note combination in the background. The pepper is irritating the back of my throat a bit. The strength in this third was slightly below medium.
John: The first third started with subdued notes of sweet bread and baking spices for the initial puffs. There were baking spices and wood through the retrohale. The bread started to push into the retrohale as the cigar progressed. Hay joins the middle of the profile, with wood accents as the cigar settled in. Some mild chocolate joined the profile by the 40 minute mark. 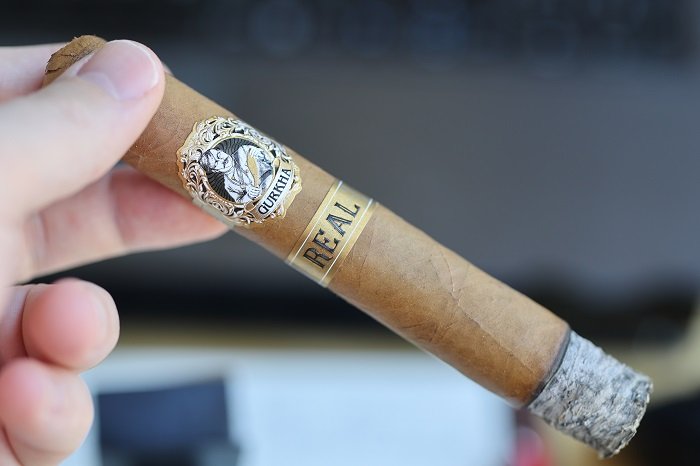 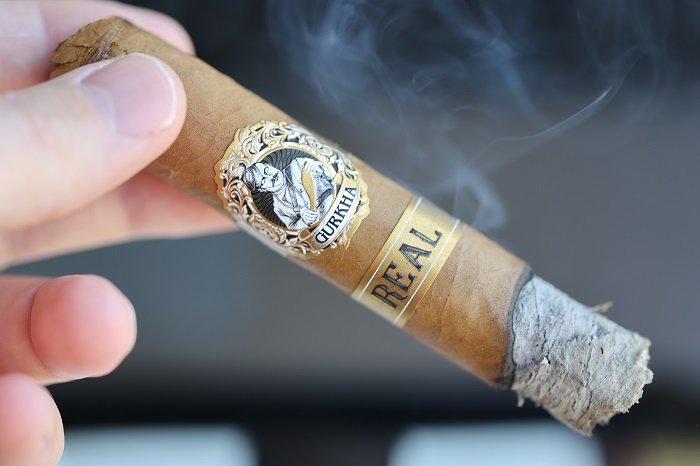 Aaron: As the final third begins, the toasted note transitions to a light char. At a half inch in, the charred wood has a slight lead over the black pepper while the chalkiness and floral note have departed. The retrohale is now just toasted wood. At an inch in, the char has increased as the black pepper has moved to the background. The strength in this third bumped up to slightly above medium.
John: The last third was a combination of chocolate, hay and a tannic wood to finish through the post draw. Some bitterness modifies the hay and steps up to medium strength as it progressed. Acrid earth joins at medium strength, as the profile became quite unbalanced. After purging the cigar several times, the bitter and acrid qualities reduce to light-plus strength. 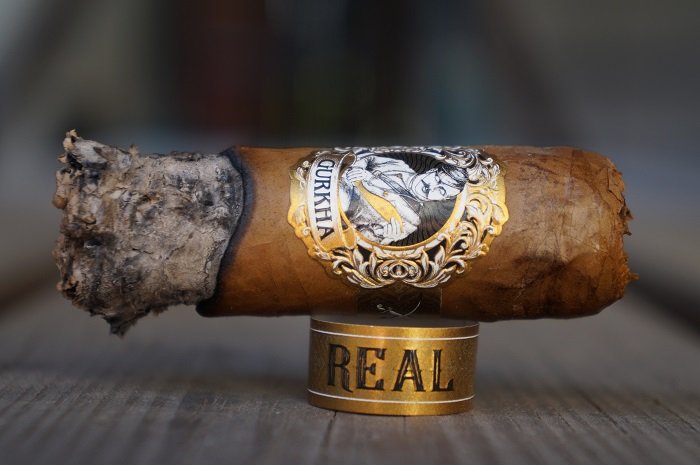 Aaron: The burn was a bit of an issue as a major touch-up and re-light were required in each of the first two thirds.
John: The burn was very straight with the ash holding on quite well up to two inches at times. 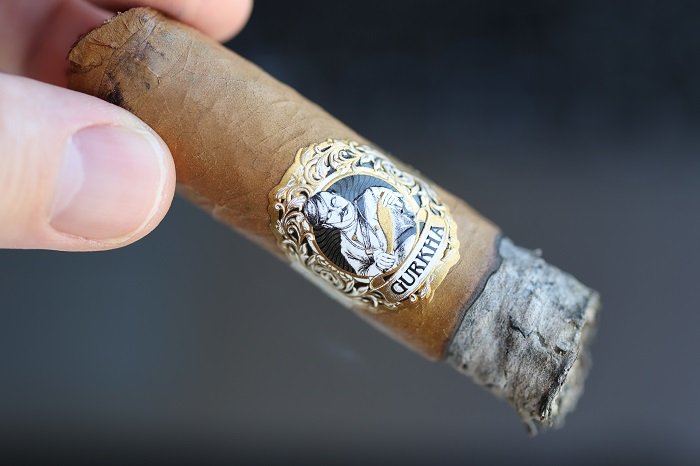 Aaron: The draw was slightly looser than I prefer, but didn’t cause any issues with the smoking experience.
John: The draw had a minor amount of resistance to it, at most one notch into the resistant spectrum which puts it in the ideal zone for draw.

Aaron: The cigar had an interesting combination of flavors to begin, but overall it was a bit average. It maintained that level into the final third when some components dropped out and some char joined in and built up. Through the first two thirds, the Gurkha Real Toro was a fairly easy smoking experience and would be something easily approachable to new and casual smokers. The final third was a bit of a downer as the profile fell off and wasn’t all that pleasant. I don’t see myself coming back to this, but as I mentioned, definitely an easily approachable cigar with an attractive price point.
John: The Gurkha Real Toro was a pleasant, albeit fairly average flavor experience throughout. The last third was unbalanced and did detract somewhat. The profile is quite light, and certainly fits for a more classic Connecticut profile, so would appeal to cigar smokers who only smoke in the lighter end of the spectrum. For me, this cigar didn’t do enough to differentiate from the other Connecticut offerings in the market. Burn and construction were flawless. Total smoking time was quite good at 2 hours and 1 minute.