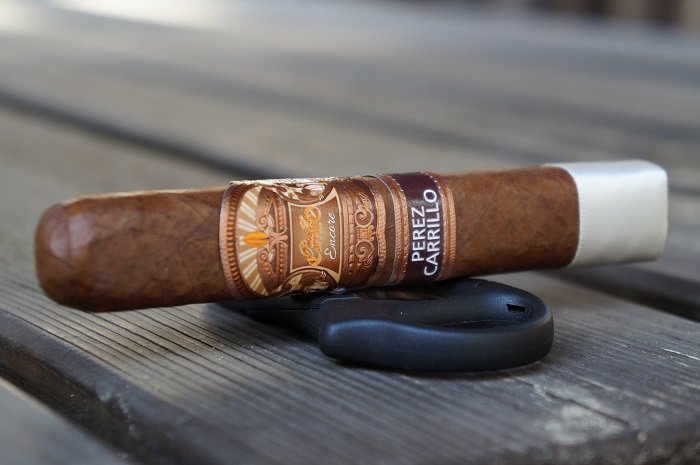 The wrapper that covers the rounded rectangle press is a marbled medium brown. There are some veins present but they are all well pressed and the seams are smooth and barely visible. The head is finished off with a well applied double cap. There are three bands, with the first two being primarily copper and burgundy. The primary has the brand and line name while the secondary has the blenders last name. The foot band is an ivory cloth band. The aroma from the wrapper is leather and hay while the foot brings more hay along with some stone fruit sweetness. The pre-light draw brings some sweet cedar along with a mild spiciness to my lips. 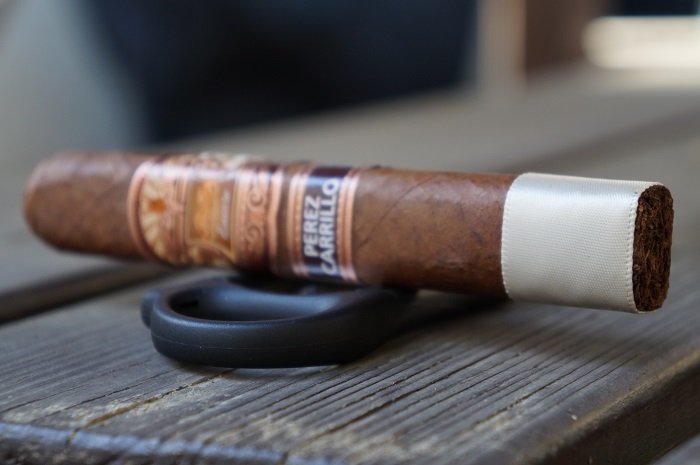 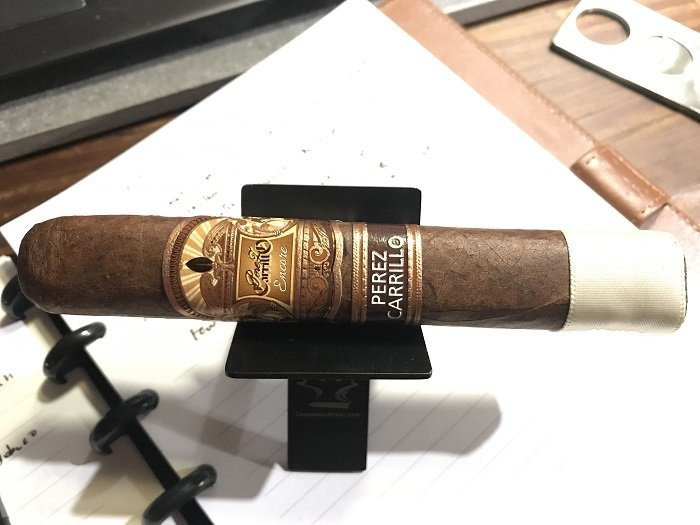 The cigar has a gorgeous dark Colorado wrapper and is pressed beautifully. There is a great triple cap applied and the wrapper sports few veins that are medium in size. It is an oily wrapper in texture and the wrapper is sporting aromas of leather, tobacco, barnyard and rich earth. With that, the foot is showing an aroma of rich earth, soft chocolate, leather and warm spices. 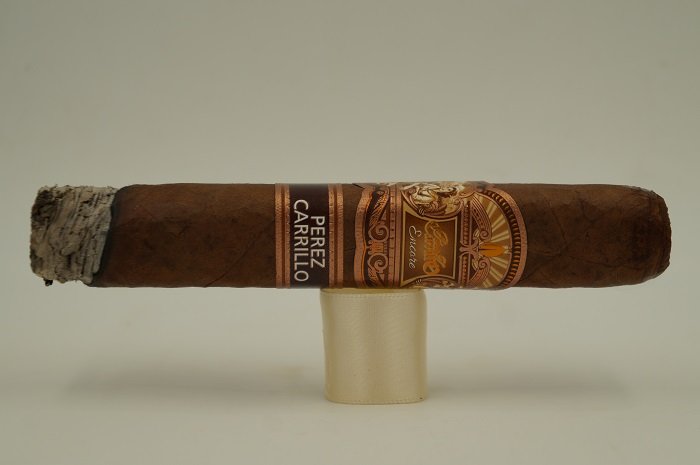 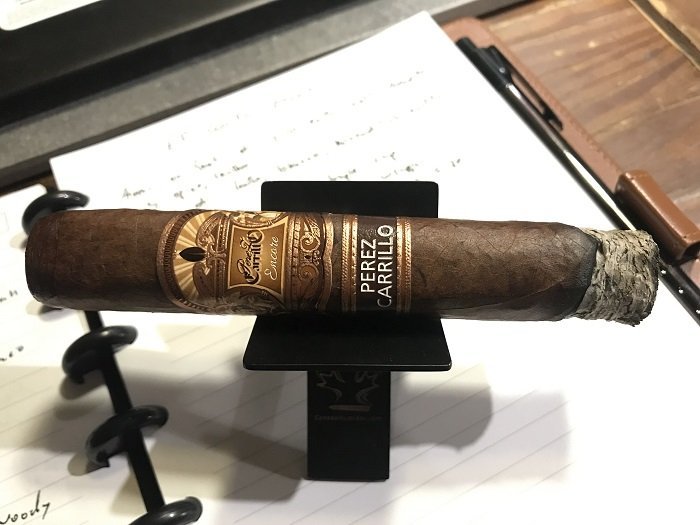 The first third starts out very rich and it is meaty and full of black pepper notes. I am picking up some dark chocolate notes and there are some espresso and rocky earth qualities on top of that. I would consider the cigar medium-full to full in body and strength and it is a flavorful first third. 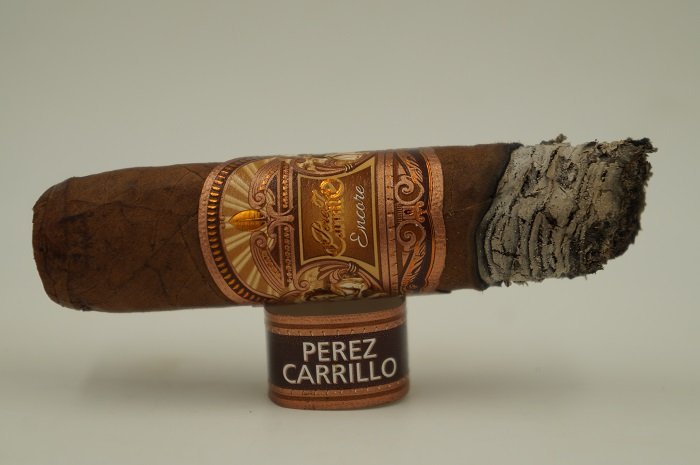 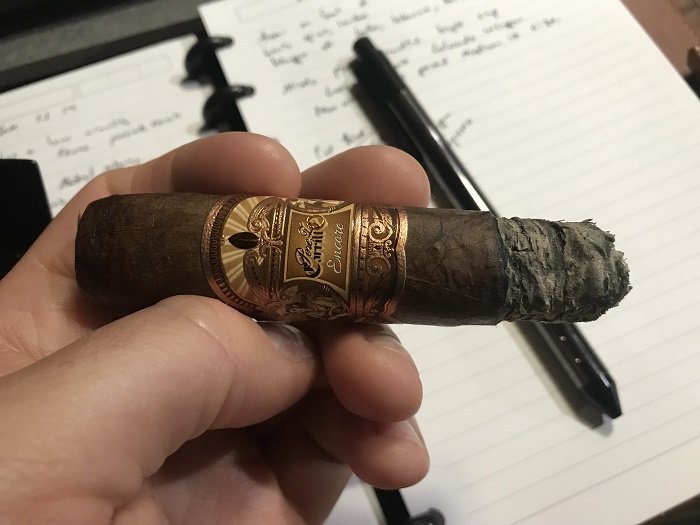 As I enter into the second third, I find the strength and body die down some, and it is at a medium-full level. The flavors diminish slightly as well and there has been some transitioning overall. I am still getting some warm spice and pepper notes, and it is paired with that rocky earth and this new crunchy chocolate cookie quality. It is not as rich as the first third. 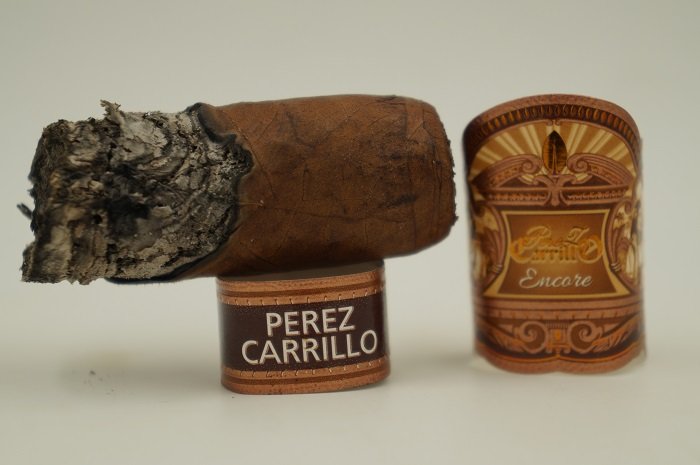 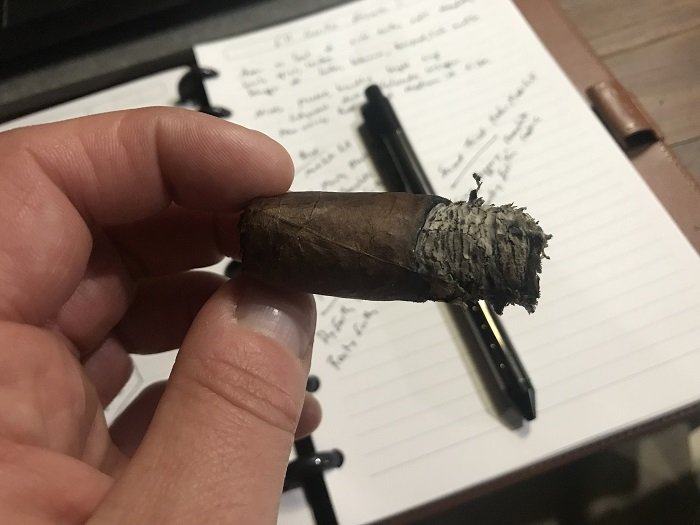 I am in the final third now and picking up some dry earth, peppery spice and some rocky/mineral qualities. The flavor profile has diminished from the first and second third and like the second third, it is dryer and not as rich as the first. I would also say that the strength and body have come down some and it is more at a medium to medium-full level.

The burn line was slightly wavy but never needed any attention. The ash held on through each third. 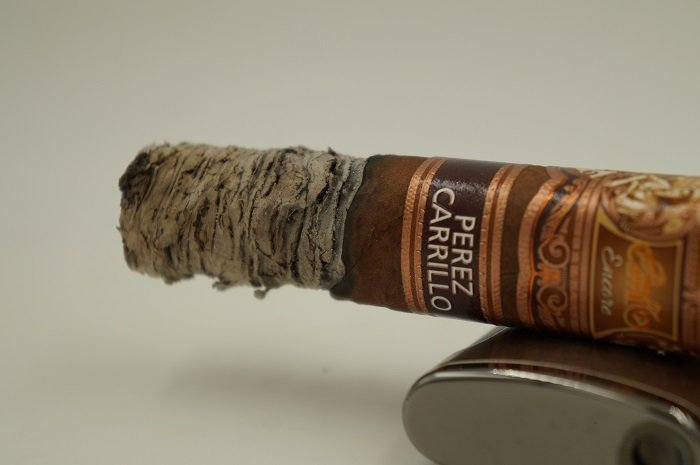 The cigar opened up with a slightly uneven burn line but it quickly corrected itself. From there it improved greatly and produced a nice burn line throughout. It was not razor sharp, but far from being wavy and producing problems. The ash produced held on well and it was a dark charcoal, sometimes dark brown/black colored ash.

The flavor profile of the E.P. Carrillo Encore Majestic consisted of cedar, sweet cream and baking spice later transitioning to charred wood and then a pine note. The cream lost its sweetness as it went along and some mustiness joined in during the second half. Construction was great and allowed me to focus just on flavor. The strength never built up past medium. This was a very nice cigar from EPC and one I could see doing very well for them. It’s a cigar approachable to any level smoker and could be enjoyable at any time of day. I could see myself smoking more of these and would have no problem steering others towards it.

I have smoked the Encore pre-release, at the show and once it hit the shelves of stores. I can say that in that time it has gotten better as a cigar. I personally believe it was too young when it was initially released, but some may disagree. With that, the cigar had a great first third and solid second third. I think it lost some qualities in the final third, but overall a really enjoyable cigar. If the cigar smoked like it did in the first third throughout, this cigar would be phenomenal. All that said, a good Nicaraguan puro from Ernie.