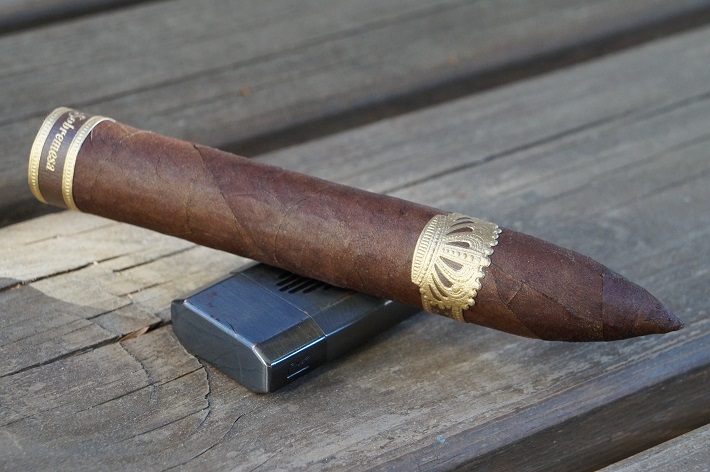 The wrapper is a nice deep reddish brown and looks very rustic. The wrap lines are easily visible and there are a few decent sized veins running across the wrapper. The Torpedo caps are very nicely applied. The primary band and foot band work very well on the cigar as the brown that is used is very close to the wrapper color and almost makes it looks as if the gold parts are floating around the cigar. The aroma from the wrapper is a mix of leather and hay. The aroma from the foot is a very sweet hay with a very slight bit of graham cracker. The pre-light draw gives a dry leather component with a mild sweet hay. There is a fair bit of spicy tingle on my lips. 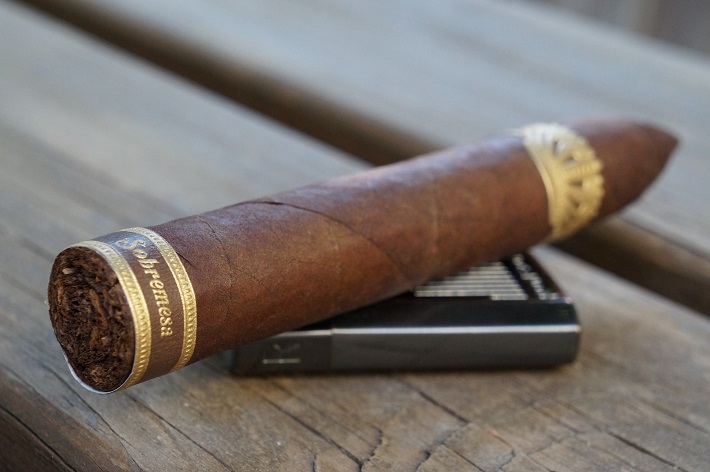 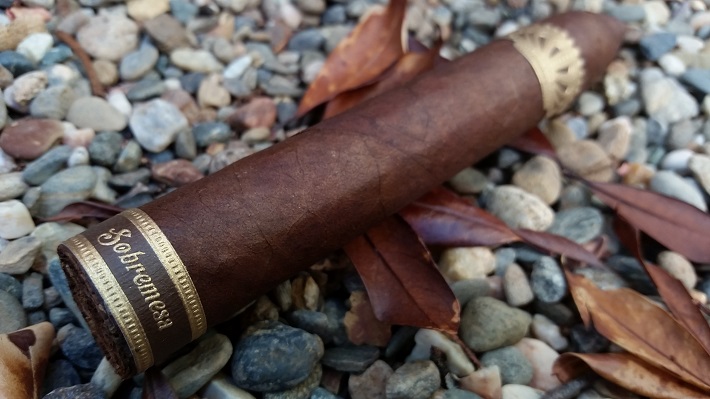 The Sobremesa Torpedo Tiempo is a natural darker medium brown. The hearty wrapper looks oily in the sunlight and feels oily on the finger tips. The veins and seams look great as they are well pressed and seamless (respectively). The cigar feels well constructed as there are no soft spots felt and the sharp tapered head has a nice give. The gold and brown colored bands are a great match against the wrapper, making the cigar appear luxurious and classy. Pre-light wrapper aromas consist of barnyard, cedar and slight flowers. Nosing the foot tells sweet natural tobacco notes, chocolate, tingly white pepper spice and cedar. Cold draw tells gritty earth, cedar and cardboard. On the lips, the same tingly white pepper is realized (same spice as nosing the foot).

On initial light, I get a nice dose of cinnamon, closer to the sweet candy variety like a Red-Hot. After a few draws, the sweetness mellows and comes more to the actual spice of cinnamon. The retrohale brings a creamy version of the same cinnamon level. A quarter inch in, an oakiness comes in as a background flavor to support the cinnamon. At about half an inch in, the cinnamon, oak and some cream really come together well to create a nice flavor profile. A little further along and the cinnamon is now in the background with the oak taking over. There is still a little cream in the mix as well. The retrohale still holds on to the cinnamon, but the cream has been replaced by a woodiness. About an inch and a half in, the oak is joined by some char and some black pepper that is hitting me towards the back of the tongue. As the third comes to a close, the oak is slightly charred and the retrohale is woody with some cinnamon still in the background. The strength in this third was right at medium. 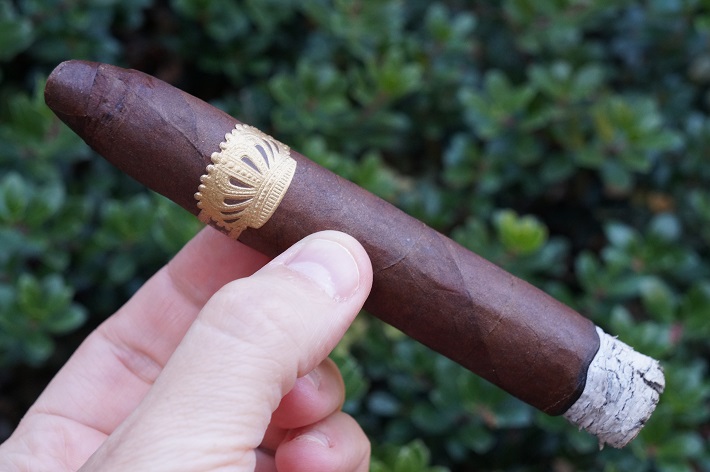 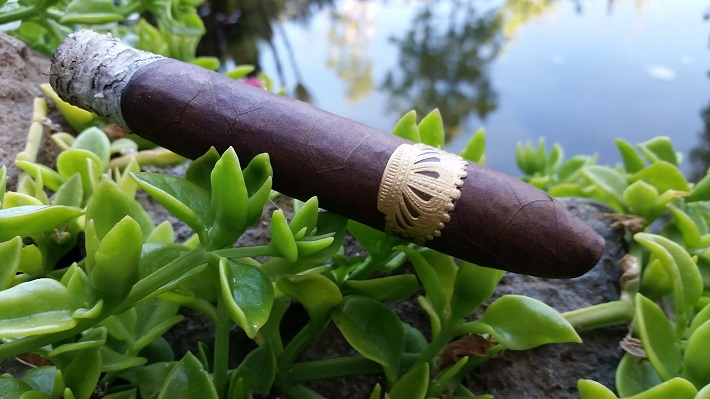 This third begins much the same way the previous finished. Slightly charred oak with the retrohale being primarily woody with some cinnamon. The mouth flavor does have the addition of some cream again. A quarter inch in, the char backs off of the oak, but the cream remains. The retrohale still carries a nice bit of the cinnamon spice. About three quarters of an inch in, the char comes back and the cream has left. The cinnamon has now departed from the retrohale which is now creamy wood. An inch and a half in and the char has gone away again. There is a slight bit of cinnamon that has returned to mix with the oak. The retrohale has increased the cream level as well. Nearing the end of the third, the cinnamon increases some more to mix with the oak which provides a nice sensation on my tongue. The strength continues to hover right at medium. 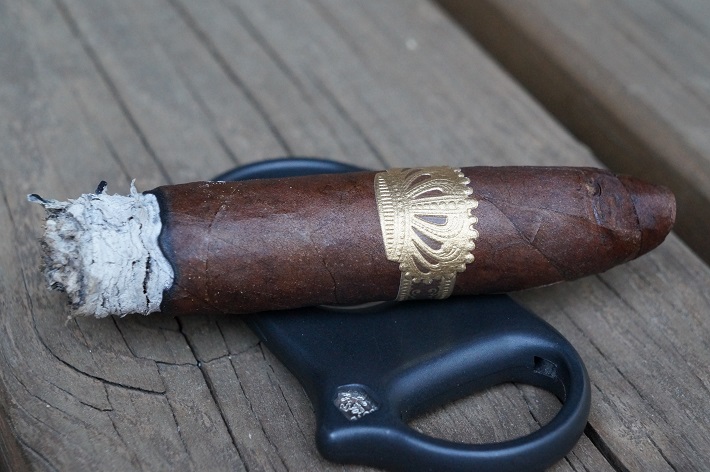 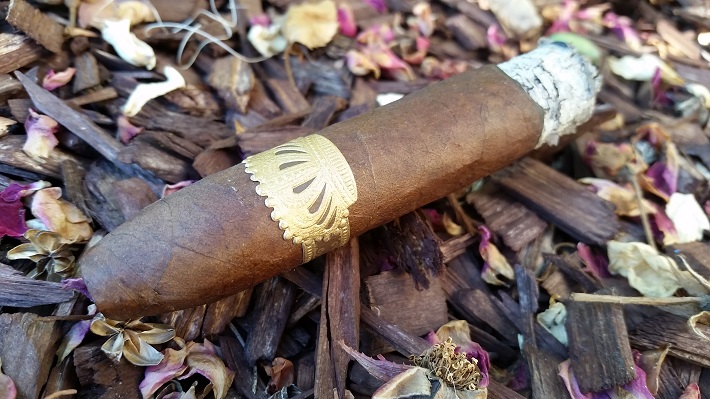 The second thirds flavor profile stays relatively similar to the first thirds flavor profile. Still gritty earth, dry cocoa, medium bodied sweet cream and new cedar. The cinnamon and black pepper spice are noticeably intensified. On the retrohale, sharper and deeper notes of cedar, dry cocoa and black pepper. The finish cakes my mouth with full tannins providing cinnamon up front, gritty earth, slight cedar and black pepper layered throughout the palate. Strength since the beginning of the second third creeps to a medium full, giving my head a slight buzz, while body stays at a consistent medium.

As this third begins, the cinnamon has gone away and I’m getting a little bitterness to go along with the oak. A little further in, the oak flavor is morphing into a very fresh oak flavor, exhibiting a bit of greenness. About a half inch in and the oak transitions to cedar. There is still some bitterness hanging around. After a few draws, the dry oak returns and the bitterness goes away. The retrohale is also the identical dry oak. About halfway into the third, I begin to get a non-sweet cocoa powder to go along with the oak. Not really any flavor changes for the remainder of the third, just dry oak with some of the cocoa powder in the background. The strength remained at medium. 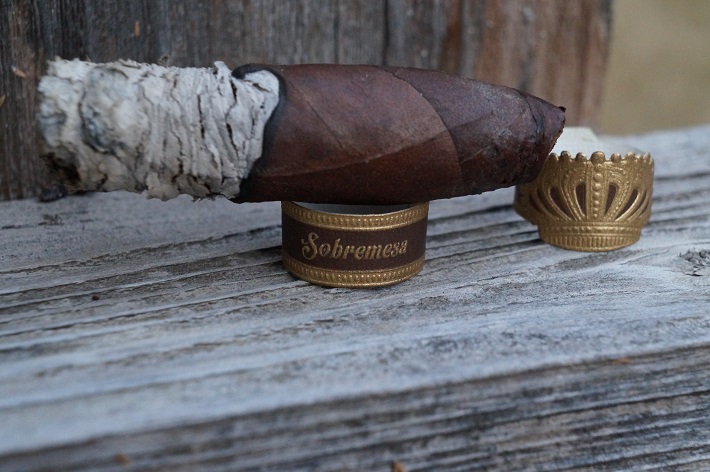 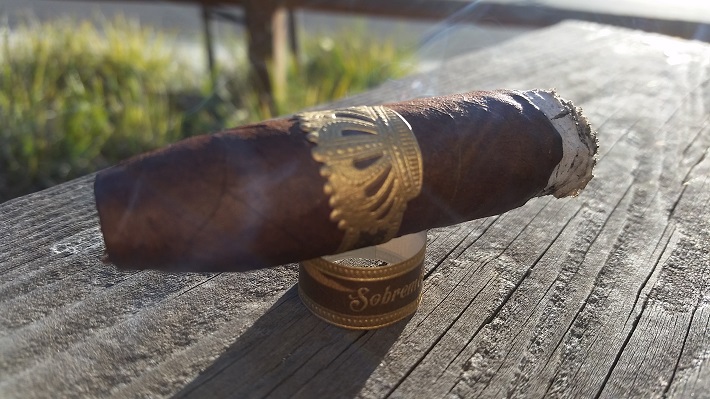 The burn was a bit wavy in the first third but straightened out for the remainder of the cigar. The ash held in nice inch and a half segments. 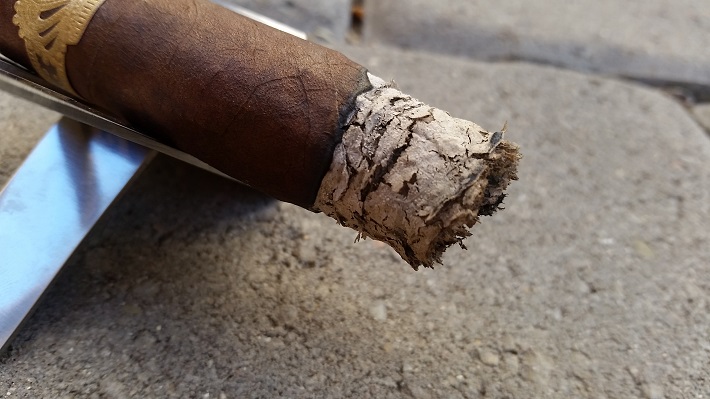 The draw was a bit tight and got slightly tighter as the cigar went along. It didn’t seem to effect the performance of the cigar though.

Flavors were pretty good through the first two thirds and then became average in the final third with a bit of bitterness and a drop in transitions. The cinnamon is a great flavor in this cigar and line overall. This vitola isn’t the best representation of the blend in my opinion, but the Torpedo is still a good cigar. I would say that this cigar is approachable to any level cigar smoker as the strength is right at medium and the flavors are desirable. There will be some nuances that the retrohale will bring out, so don;t miss out on that aspect. I also thing that a wide range of drink pairing will also go along with this cigar such as tea, coffee or brown spirits.

The draw was as good as it gets. Just enough tightness to taste all the subtle nuances of the cigar.

Initially, it was hard for me to smoke this cigar without having preconceived notions. I expect the cigar to look and taste like a Liga 9. I’m happy to say, all that is thrown out the window and I now associate Saka with Dunbarton Tobacco & Trust. This was a great opener for Saka. A cigar with near flawless construction, full, distinctive, and nuanced flavors. Well worth at least picking up a fiver and if your budget allows, go for the box (you’ll actually want the box because it’s a beaut all by itself).