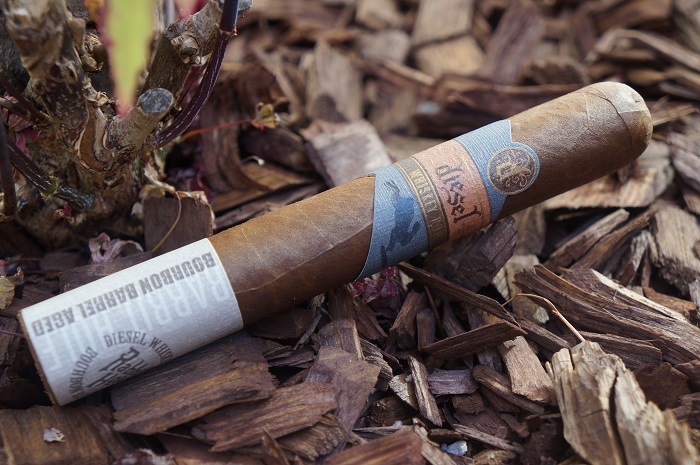 The wrapper is a dull, medium brown color. There are a few veins visible but they are all pressed very smooth. The seams are also visible but smooth while the head is finished off with a well applied double cap. There are two bands with the first being in orange, blue and brown pastels displaying the Diesel logo along with a rabbit. The foot band is light gray and white and denotes the company that paired up for the infusion of the bourbon. The aroma from the wrapper is a mix of creamy leather and wood while the foot brings wood and a very faint floral note. The pre-light draw is just wood with a very mild spice present. 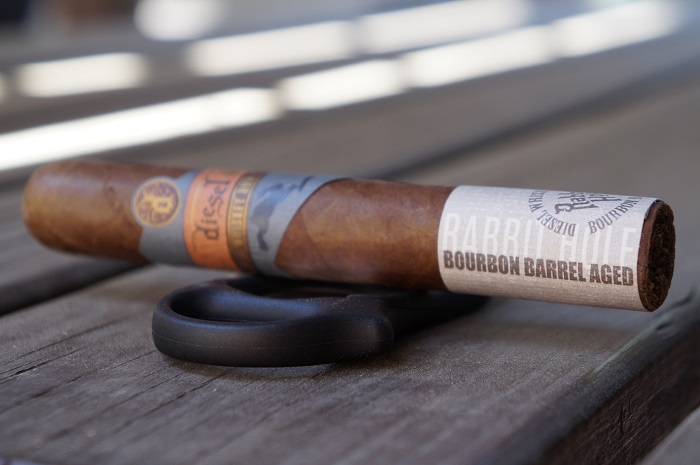 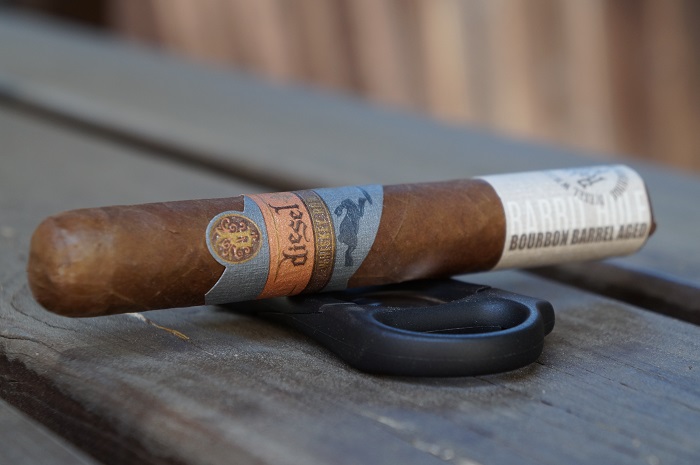 The cigar begins with a smooth mixture of creamy oak and a mild spiciness. At an inch in, the spice level has increased slightly and the profile of creamy oak and spiciness also extends to the retrohale. As the third comes to a close, the oak becomes a bit fuller, taking a lead over the cream while the spiciness is at an equal level to the cream. The strength in this third is slightly below medium. 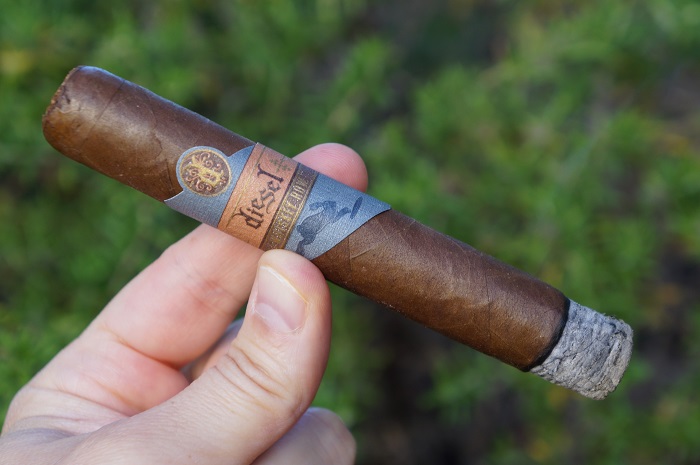 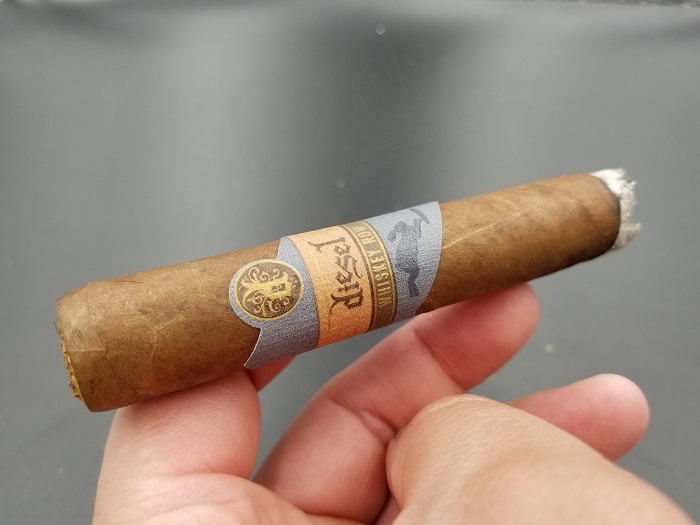 The second third is a continuation of the first, oak up front with cream and spice in the background. At a half inch in, a dry dirt/earthiness joins the profile. At an inch and a quarter, some bitterness joins the profile of oak, cream, spice and earthiness. The retrohale is oak and a slight amount of bitterness. As the third comes to a close, the flavor profile has maintained itself. The strength in this third bumped up to medium. 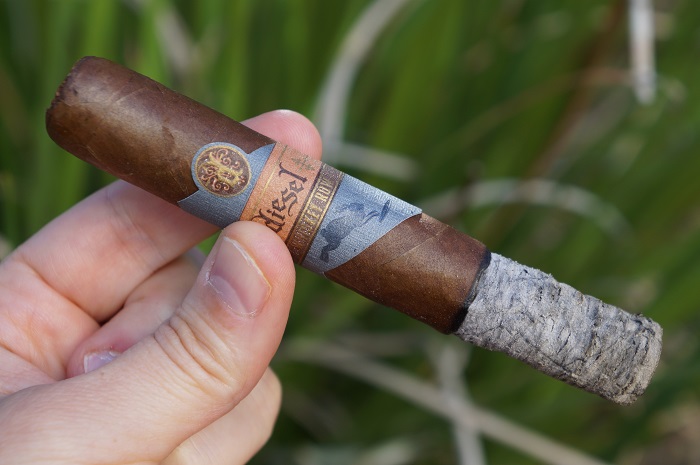 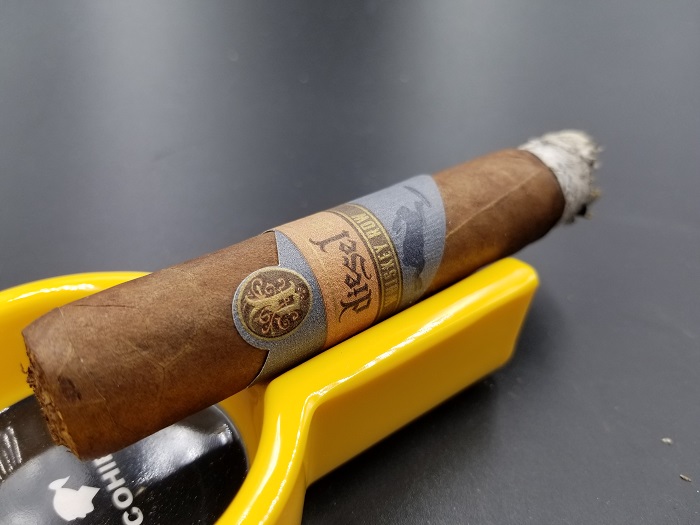 The second third shows the sweetness backing off and is now a profile that is of bread, gritty earth and a faint wood bitterness. Retrohaling is still where the spice can be found. The finish also picks up the slight wood bitterness along with dry wood and soft black pepper. Strength and body maintains at medium. 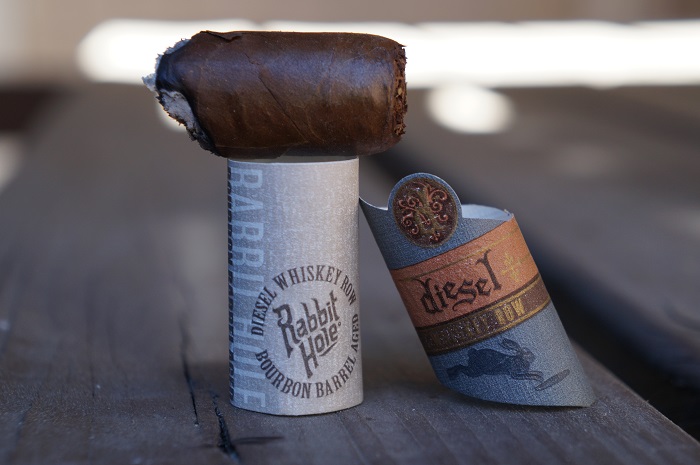 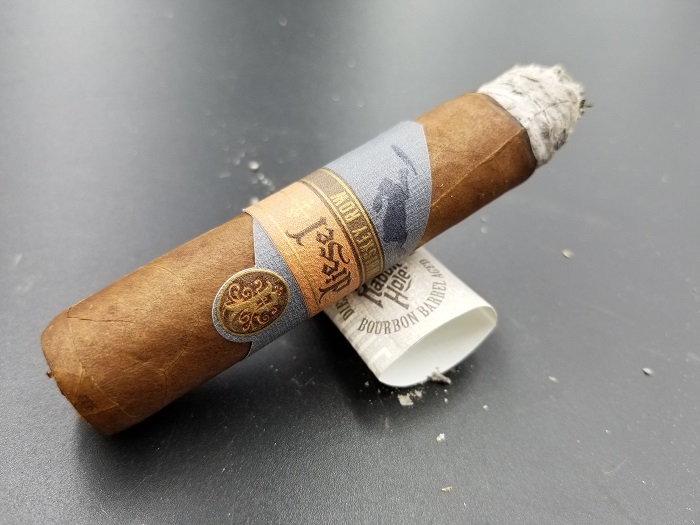 The last third is very similar to the second third. The only notable difference is the wood bitterness showing its face a bit more. Other than that, the profile is still bread and gritty earth with spice mainly showing up on the retrohale. Strength and body finishes medium.

The burn was perfect as it was razor sharp the entire way. The ash held on through each third. 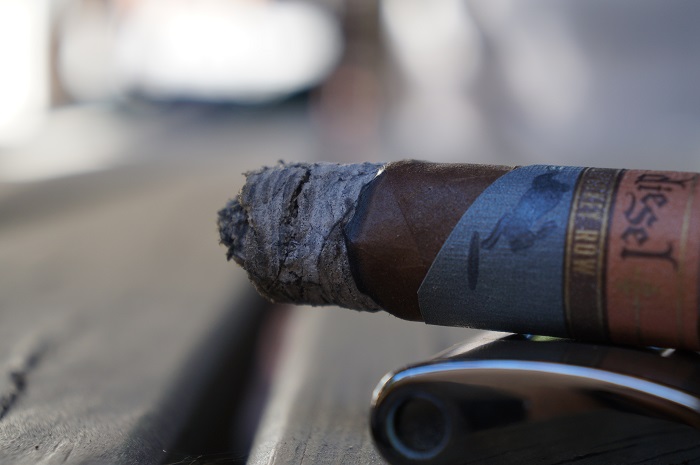 The draw was also perfect with just the right amount of resistance that I prefer.

The flavor profile was pretty simple with oak, cream and spice. There were some additions of earthiness and bitterness along the way. Construction was perfect and required no attention. I have two opinions on this cigar. As a cigar enthusiast, this is another cigar that touts the imparting of spirit notes, but I wasn’t able to detect anything of the sort. There are many cigars that try to do this and I haven’t come across one that I feel has done it successfully. For the casual cigar smoker/bourbon fan, this cigar is a good one. The flavor profile is very much in line with the profile that would compliment pairing with a whiskey or bourbon. The strength level isn’t much more than medium, so someone wouldn’t be overpowered by it and it wouldn’t overpower the spirit. Based on my experience, this would be a great cigar to pair with a drink, but on it’s own, it’s a fairly average offering. I could see this cigar doing well with the casual smoker/spirit enthusiast.

The draw was perfect, striking the best medium between air flow and tightness.

I’ll sum this up by discussing my expectations and the actual results based on, of course, the smoking experience. When I hear of tobacco aged in bourbon barrels, my expectations are a bit like smoking bourbon if you will. Sweetness in vanilla, honey, caramel, wood notes focused on oak, spice from cinnamon, black pepper, nutmeg and for extra bonus, fruit notes of apple, pear, berries. Based on smoking a couple samples of the Whiskey Row, no doubt the cigar hit sweetness (although not really defined by the sweetness in bourbon) and some spice (black pepper). But the notes were not focused enough and ultimately sort of just tasted like smoking a non bourbon influenced cigar. The cigar in itself I would smoke again so there wasn’t anything off-putting by it. But it’s difficult to call it a bourbon influenced cigar.