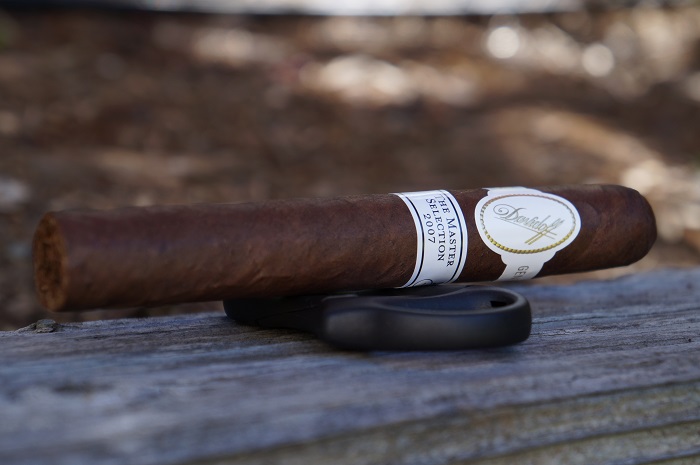 The wrapper is medium brown with a couple of slightly raised veins present. The seams are smooth but easily visible due to the wrapper color being slightly darker towards the foot. The head is finished off with a well applied triple cap. There are two bands, with the primary being the traditional white label and the secondary strip band denoting the year for this line. The aroma from the wrapper is a mellow barnyard note while the foot has a sweet wood note. The pre-light draw brings more of the sweet wood that I got from the foot aroma along with a mild white pepper on my lips and tongue. 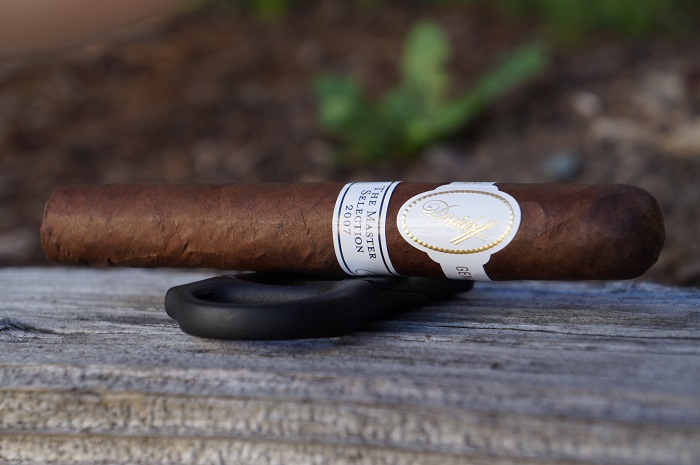 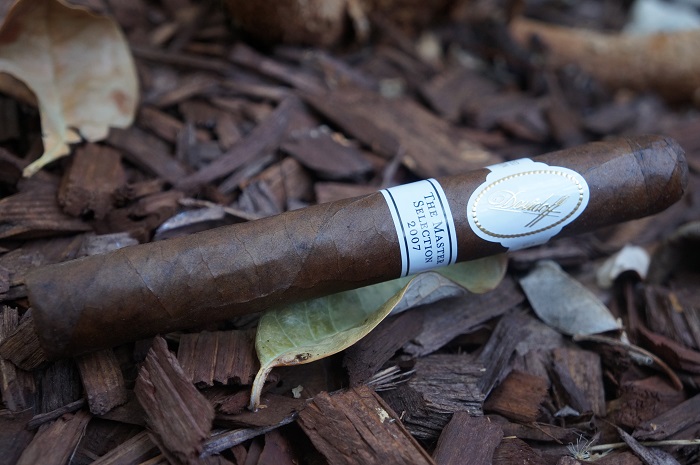 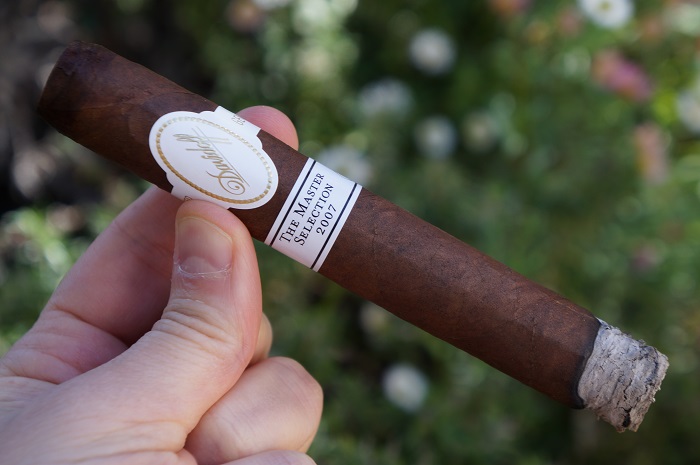 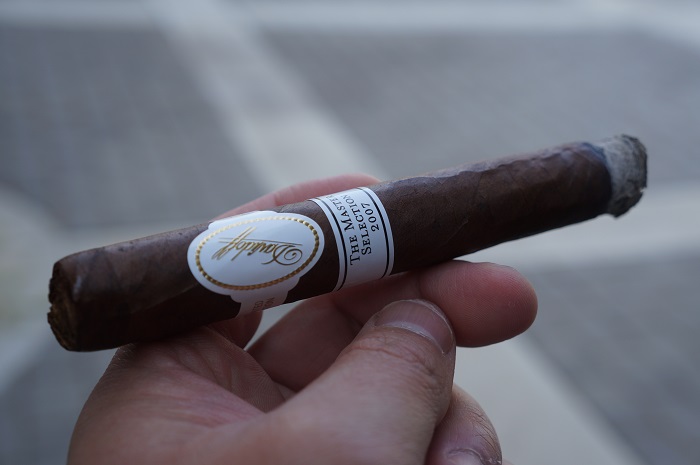 As the second third begins, the cream picks up and is the primary note over the spicy cedar while the black pepper is now very faint in the background. At a half inch in, the cream moves back to even with the spicy cedar. At an inch in, the cream and spicy cedar have kept jockeying for position at the front while the black pepper has completely left the profile. The retrohale is creamy cedar without the spice. At an inch and a half the spiciness picks up a bit and the cedar becomes fuller as the cream is now a supporting note. The strength in this third remained at slightly above medium. 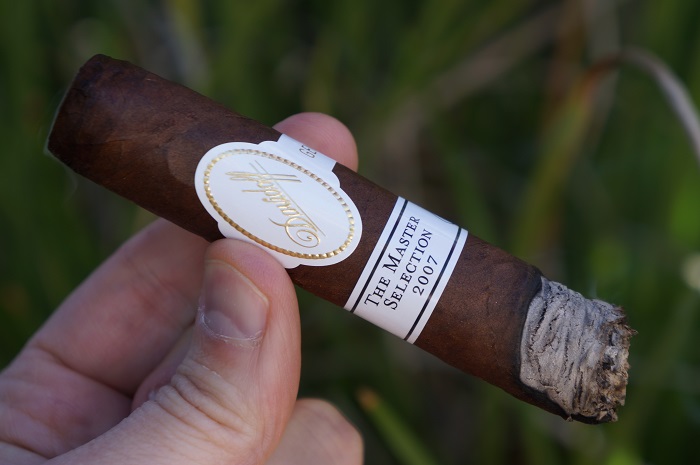 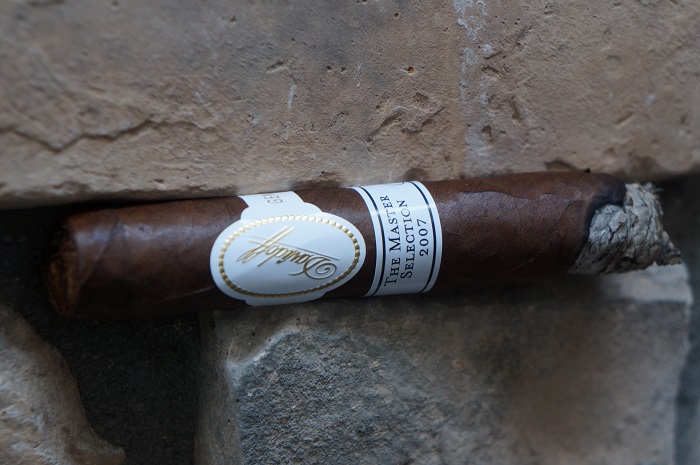 As the final third begins, the cedar transitions to a slightly charred oak with a slight amount of cream in the background. At three quarters of an inch in, some mintiness joins in to the profile of slightly charred oak and cream. The same profile carries over to the retrohale. At an inch in, the char begins to pick up on the oak and the mintiness is quite full while the cream has gone away. As the cigar comes to a close, it begins to heat up which adds a toasted note to the charred oak and mintiness. The strength in this third bumped up to medium-full. 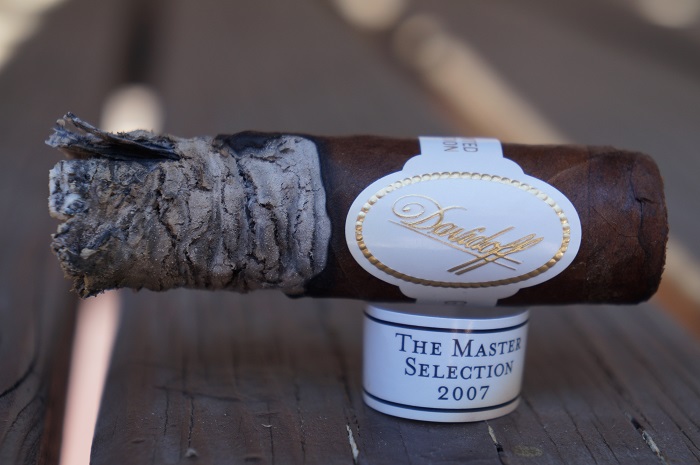 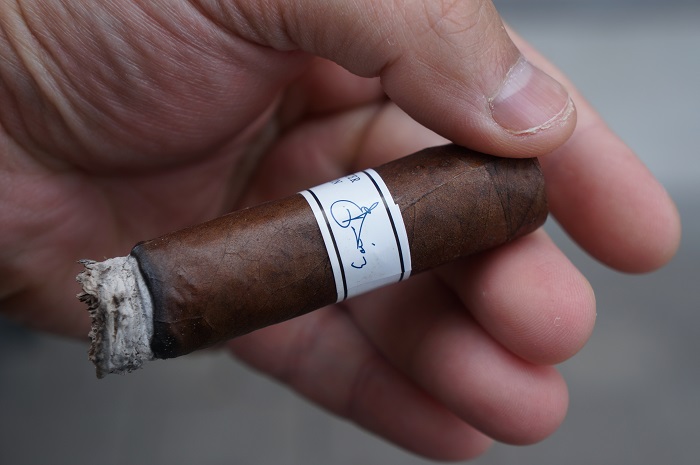 The last third shifts into a profile that is more mineral based, showing a pencil lead flavor. Because of this, especially the citrus and bread notes takes a back step, while white pepper and cedar are still prevalent. Retrohaling however still maintains the citrus and elevated white pepper and toasted bread. Strength nears medium-full while body finishes medium.

The burn was a bit of an adventure as it required a few touch-ups where the burn got far off and the cigar seemed to want to go out. The ash held on in inch and a quarter increments. 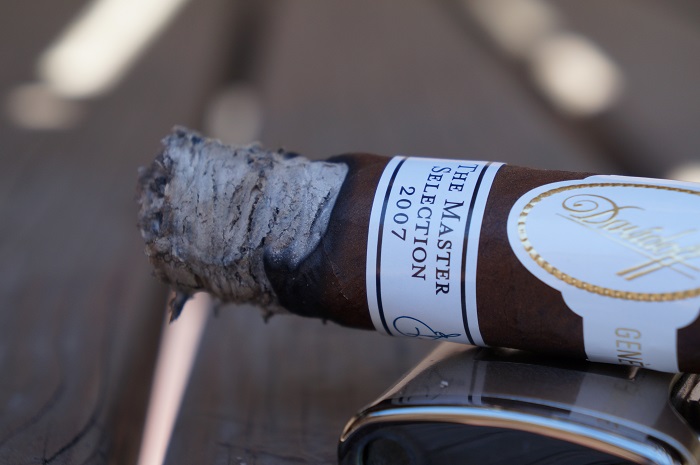 Burn was overall good but had its set backs. The negatives were the uneven burn which lead to a few touch-ups. Other than that, burn was great with a cool burning temperature, sturdy ashes and good smoke production.

As with the other The Master Selections, the cigar presents a good flavor profile centered around spicy cedar and cream. The final third dropped down in enjoyment. The burn was something I did have to babysit which I didn’t find in the others, but I expect this will be a one-off compared to the other reviewers experiences. This probably wouldn’t be the one in the line that I gravitate to, but I’m sure others may find this equally enjoyable to the others. It is a good cigar and if you’re willing to take on the price point, you will have an enjoyable experience.

Draw was perfect giving the ideal resistance and air flow.

This being the third Davidoff Master Selection reviewed (first two being 2008 and 2010), the way I see it (so far) is, all the Master Selection series deliver a supreme level of nuances, transitions and fairly complex flavors. Is this 2007 version as good as the other two? It is by no means better than 2010 (after all, that was the cigar of the year for me in 2017). I can’t say it is better than the 2008 either. This 2007 had moments of greatness, especially halfway through, but it is just as good as the 2008. A good cigar to celebrate with if budget allows.