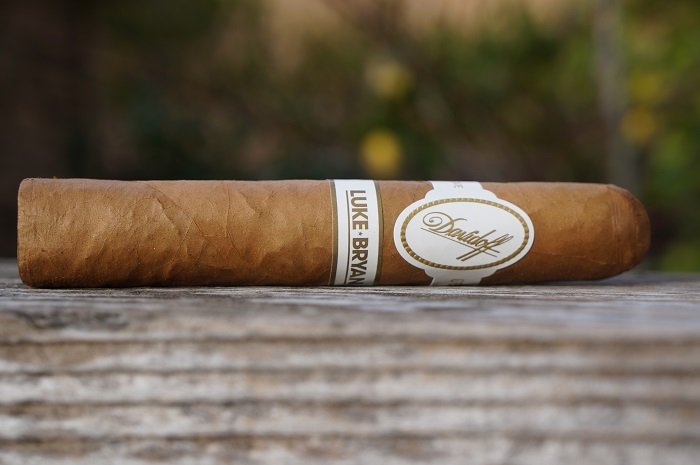 The wrapper on the Davidoff Luke Bryan is a light golden brown with a couple of slightly raised veins and some lumpiness underneath. The seams are smooth but easily detectable on the light wrapper while the head is finished off with a well applied triple cap. There are two bands with the primary being the traditional gold on white company band. The secondary strip band denotes the edition of this cigar and carries the same color combination. The aroma from the wrapper is a mix of hay and barnyard mustiness while the foot brings sweet hay and light wood. The pre-light draw is a dry cedar. 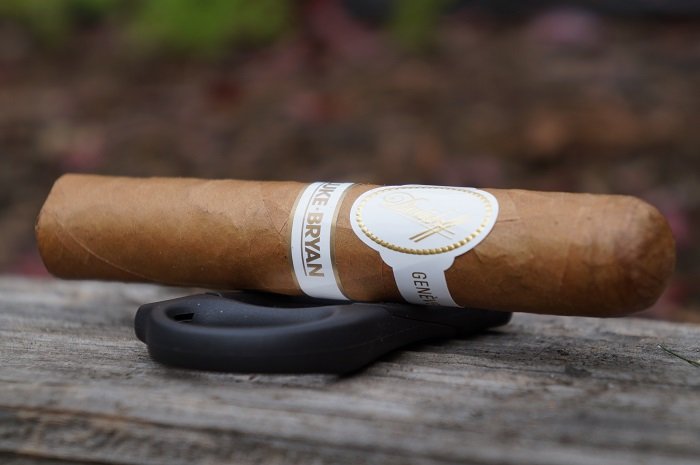 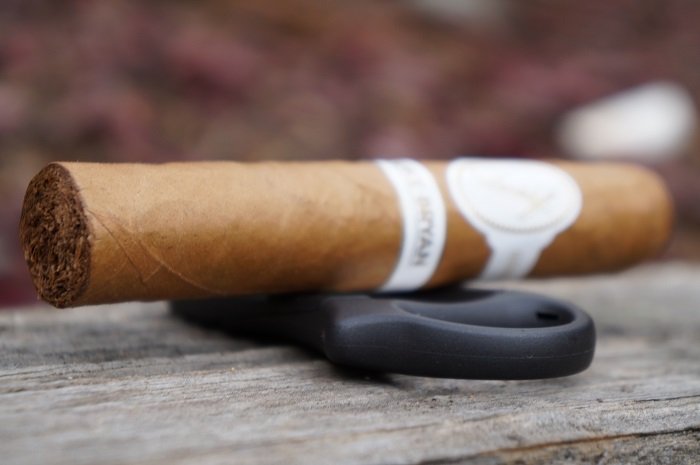 The Davidoff Luke Bryan has a Colorado Claro shade very similar to caramel. Veins are well pressed, seams tight, bunch and roll even without soft spots and head finished off with a deep triple cap. Aromas from the wrapper give classic hay, cedar and barnyard. Aromas from the foot give cedar, white pepper and mustiness. Cold draw tells faint cedar, hay and soft white pepper spice.

The cigar begins with a mix of cedar and hay along with a dull black pepper. At a half inch in, some mustiness joins the profile as the dull black pepper becomes pretty faint. At three quarters of an inch in, a slight creaminess joins in with the mustiness while the cedar and hay are up front. The retrohale is a bit black pepper forward with some hay and mustiness behind it. At an inch and a quarter, I’m getting these random notes of butter every few draws or so. The strength in this third was mild-medium. 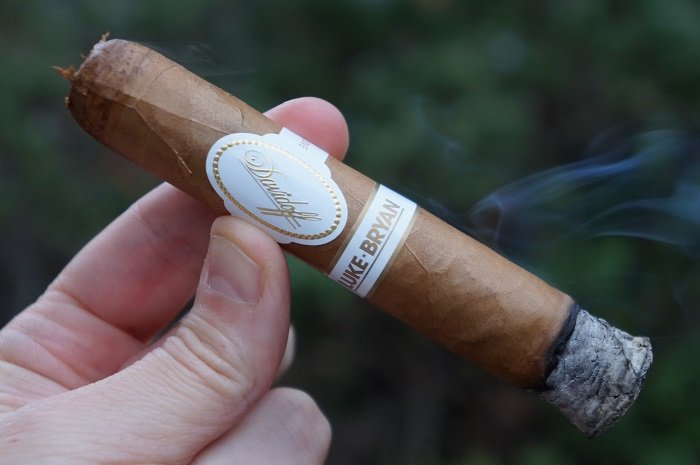 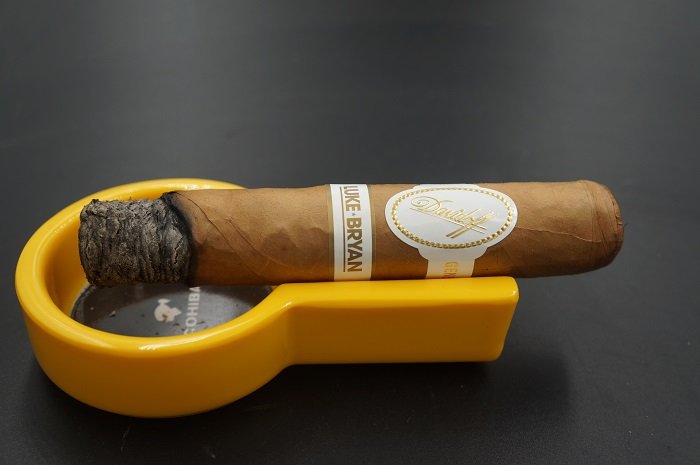 The first third is very well balanced with flavors of bread, cream, white/red pepper spice, cedar, hay and a tinge of mustiness derived from mushrooms. Retrohaling as typically expected increases spices and provides a bright cherry note. The finish is clean with bread and soft cedar. Strength and body is medium.

As the second third begins, the cedar gains a toasted component and is up front while the hay and mustiness are behind it and the cream has dropped out. At three quarters of an inch in, the hay increases to become even with the toasted cedar while the mustiness is right behind them. The retrohale still has a bit of pepper bite up front with the musty hay following it. As the third comes to a close, the toasted cedar has the lead to itself while the hay and mustiness are in the background. The strength in this third bumped up to slightly below medium. 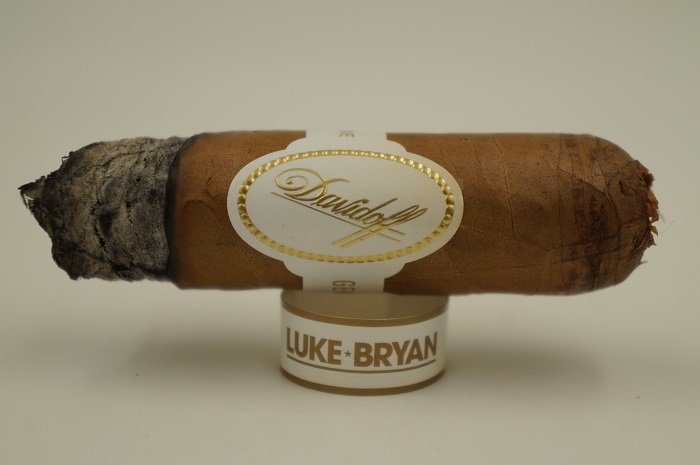 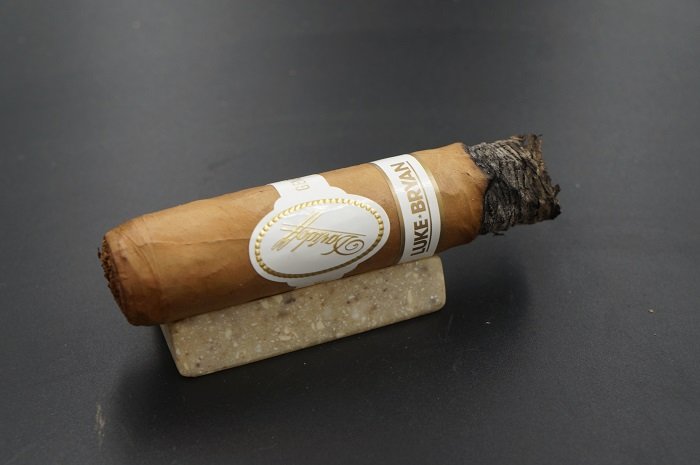 The second third builds off the first third quite nicely. The cherry note as well as an introduction of minerals now comes through. I’m still getting the same bread, cream, white/red pepper spice, cedar, hay and hint of mushroom like mustiness. The finish is still incredibly clean with a lingering bread and soft cedar. Strength and body is still medium.

As the final third begins, the cedar transitions to more of a generic light wood but maintains the toasted component. The hay and mustiness remain behind it. At a half inch in, the retrohale has dropped the pepper and carries a fuller version of the toasted wood, hay and mustiness. At three quarters of an inch in, a bread note pairs up with the wood and the toast seems to span them both while the mustiness is right behind them. The cigar maintains this same profile as it wraps up. The strength in this third remained at slightly below medium. 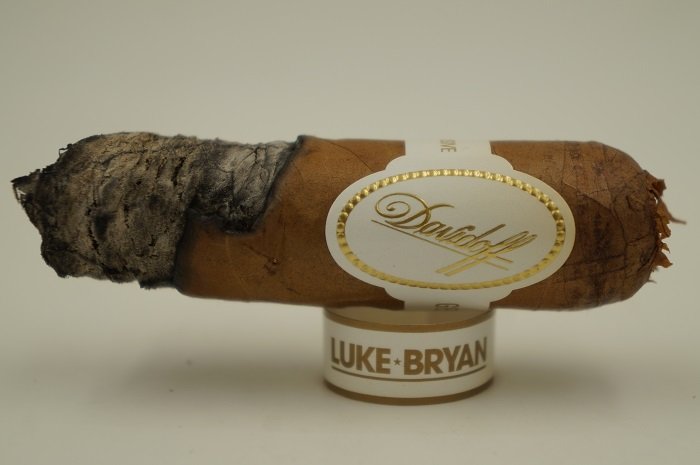 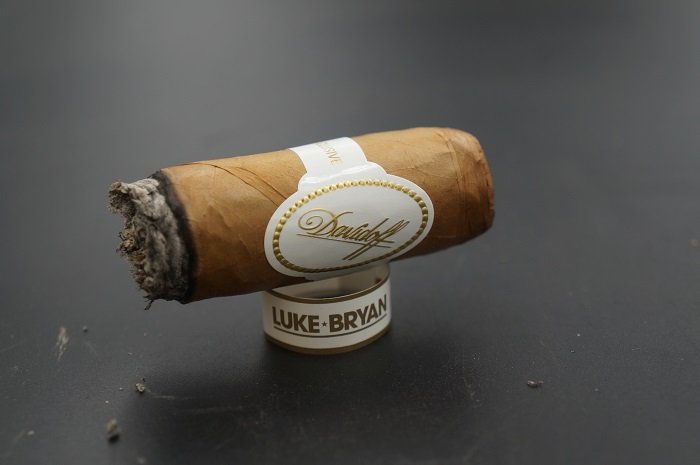 The last third transitions into a creamier profile with bread and milky creaminess amplified with a nice backdrop of minerals and soft white/red pepper spices. The profile still has the cedar, hay and mustiness intact. Strength is reaching towards medium-full while body finishes medium.

The burn was a bit wavy throughout. The cigar went out once in each of the first two thirds. The ash held on in three quarter inch increments. 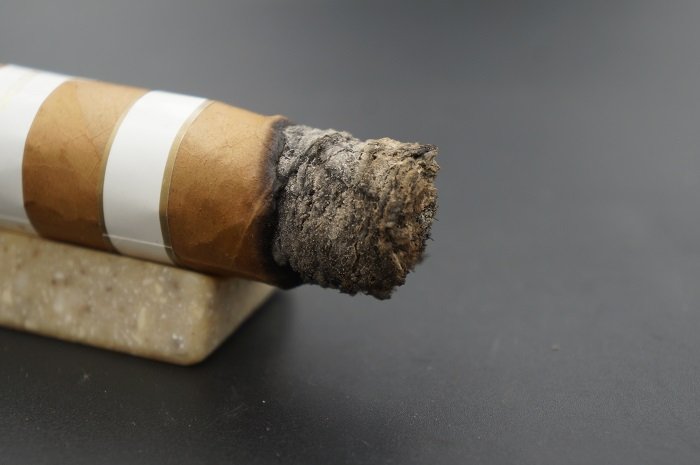 Aside from a re-light within the last third, the burn performance was great. Nice tight dirty gray ashes, fairly even burn, cool burning temperature at all times.

The cigar began with cedar hay and some dull black pepper. As it progressed, the cedar became toasted and some mustiness joined in as the pepper faded away. Strength never grew above slightly below medium. The burn was a bit of an issue with the cigar going out twice, but the draw was perfect. With the Davidoff Luke Bryan being an edition for a Country music singer, I can see the low strength being a draw to reach fans who may not be regular smokers and not wanting something too full. Overall, the cigar was pretty typical of other Davidoff white labels. The price point is quite high for this vitola, but for its audience, I think the cigar is probably a good fit. Not something I’ll likely return to, but if you’re a fan of the white labels or the singer, it might be something you want to try.

Striking the best balance of resistance and air flow, the draw was perfect.

The Davidoff Luke Bryan was a very pleasurable smoking experience. A well balanced delivery of bread, cream, white/red pepper spice, cedar, hay and a tinge of mustiness derived from mushrooms. Not only did it deliver great balance, the profile was also transitional bringing in more minerals and pronounced cherries within the second third and a distinct milk creaminess within the final third. The only true let down is the $32 MSRP price tag. But even with such a high price point, it is well worth experiencing for yourself.