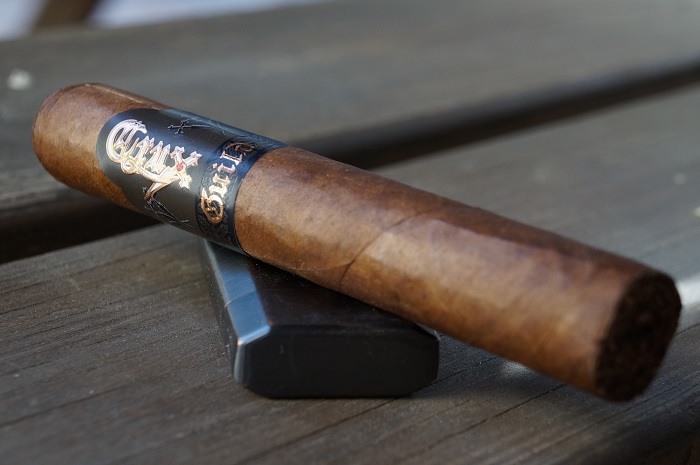 The wrapper is medium brown with some variations in color. There are a few small veins that criss-cross the wrapper. The seams are very smooth, but still visible due to the wrapper color variations. The two caps are neatly applied. The band is fairly nice with the brand and name outlined in a rose gold. The dark brown and black background makes the gold pop and works well with the wrapper color. The aroma from the wrapper is a faint barnyard. The foot aroma is fairly sweet. The pre-light draw brings that same sweetness from the foot along with leather and slight spicy tingle on the lips. 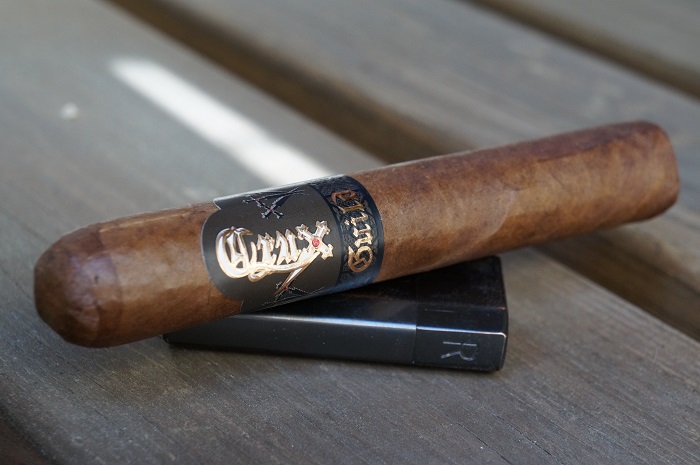 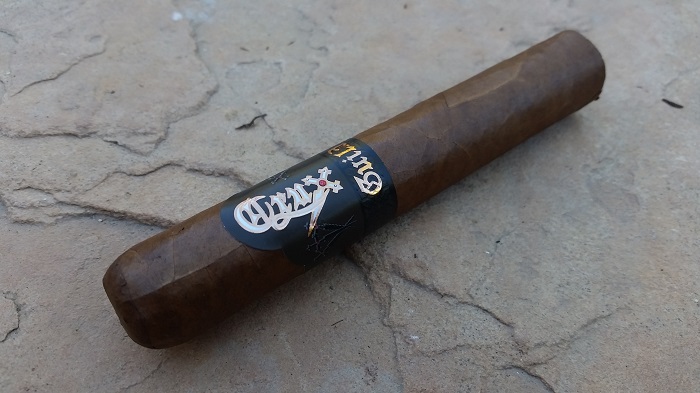 Upon lighting, there is a big dose of baking spice in the mouth and on the retrohale. At about a quarter inch in, the wall of spice mellows out to reveal a creamy woodiness. The spice is still around as it is now a complimentary note in the background. A little further in, I am getting a bit of a coffee/cocoa mixture that joins the creamy woodiness. At an inch in, all of the flavors are really coming together. The coffee/cocoa mixture is very creamy with a woody finish. The retrohale is also smooth, but really only consists of the creamy woodiness. A little further in, the cocoa goes away and the profile is creamy coffee and wood. As the third comes to a close, the coffee begins to makes its way into the retrohale so that the mouth flavor and retrohale are very similar. The strength in this third is medium. 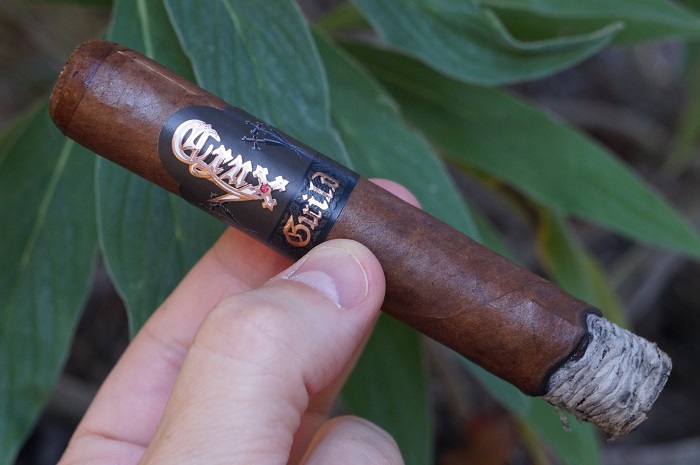 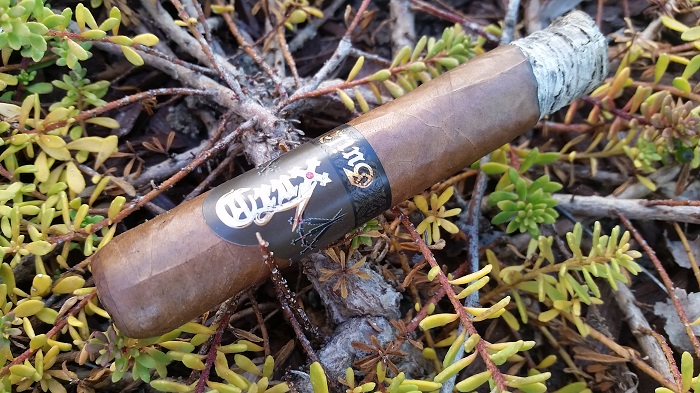 As this third begins, there is a bit of sweetness joining the profile of cream, coffee and woodiness. At a quarter inch in, the woodiness becomes a little brighter/younger. The coffee also fades away and the profile is now the bright wood and cream. At a half inch in, the woodiness goes backs to its prior state of not being bright and young. At three quarters of an inch in, the woodiness becomes more defined as oak. The cigar continues with a similar profile of creamy oak in the mouth and on the retrohale. A little further in, the oak gains a little char. Nearing the end of the third, some minerality comes in to mix with the charred oak and cream. The strength in this third is slightly above medium. 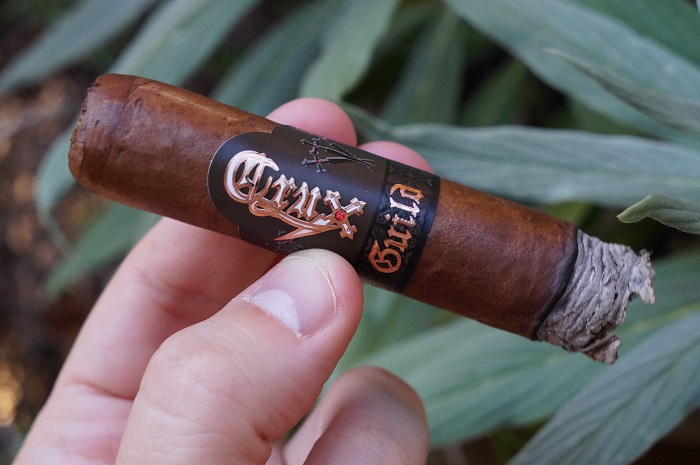 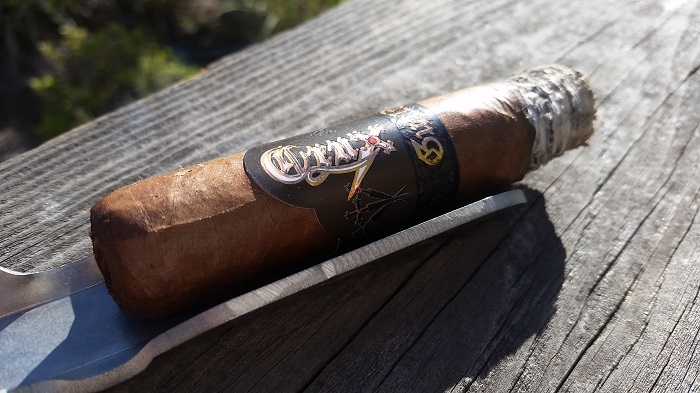 Second thirds flavor profile initially starts quite similar to the first thirds flavor profile. A cedar that is no longer sharp, increased creamy bread and the same medium bodied sweet cream. The oily red chili slightly dies down but is still considered a dominating note. A new earthy note of bitterness mixes in, playing off the charred wood quite well. At the halfway mark, the oily red chili again decreases, allowing the creamy, sweet bread to move up front. There is also a slick and “zing,” associated namely with the red chili, creating some nice tannins. On the retrohale, still the same fierce white pepper spice and slight bread creaminess. On the finish, charred wood mixing in with the oily red chili. Since the beginning of the second third, both body and strength ramps up to a medium full. 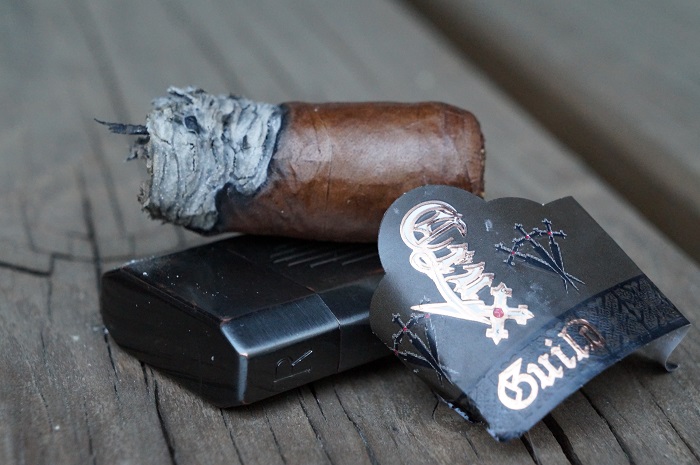 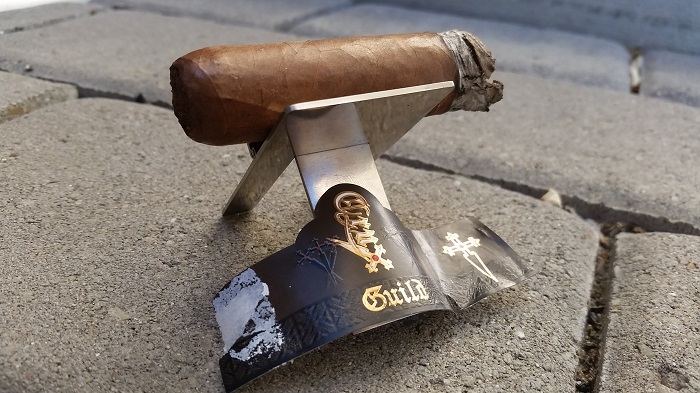 Last third of the cigar yields largely bitter charred wood and oily red chili (50% less than the first third) that is primarily on the mid and rear palate. Further, bread, slightly sweet medium bodied cream and intermittent baking spice. On the retrohale, the potent white pepper spice has slightly decreased but still a main player, followed by the same slight bread creaminess. On the finish, bitter charred wood and dry black pepper spice (moving away from the oily red chili). Body and strength continues to be at a medium full.

The burn was fairly wavy in the first and final third and very straight in the middle third. It never required a touch up though. Ash held on in 1.5+ inch segments. 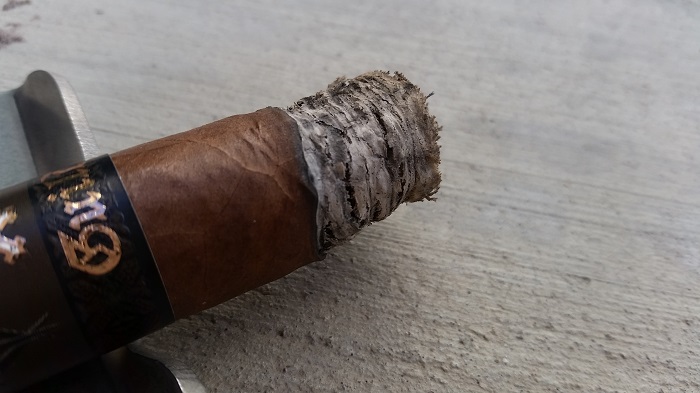 The cigar gave relentless smoke production, even when undrawn. The burn rate was good as the cigar burned fairly even and cool for 135 minutes. Ash marks held on tight in 1.5 inch increments.

The draw started off a little tighter than I prefer and slowly got tighter as the cigar progressed. It might have reduced smoke production a little, but nothing drastic.

The cigar has some good flavors, but nothing that really stood out. If the body was a bit fuller, it would have increased the enjoyment that much more. Also, the flavors were pretty linear outside of the first third, so nothing that really maintained my attention. A cigar that would be approachable by any smoker due to the flavor and strength levels. The performance was OK. Nothing that required attention, but it could have been better. I’m not sure that I would revisit this cigar, but it is worthwhile in trying one to see if it fits your profile.

The draw was a bit snug, even after cutting near the end of the cap. But not so snug that it took my attention away from the flavors.

This was a well executed version of an Ecuadorian Habano wrapper. The sweet, creamy, spicy and earthy notes were all spot on. A well made Crux on the fuller side of the spectrum. I appreciated the strength gradually building as opposed to slapping me upside the head. Another winner from Crux!