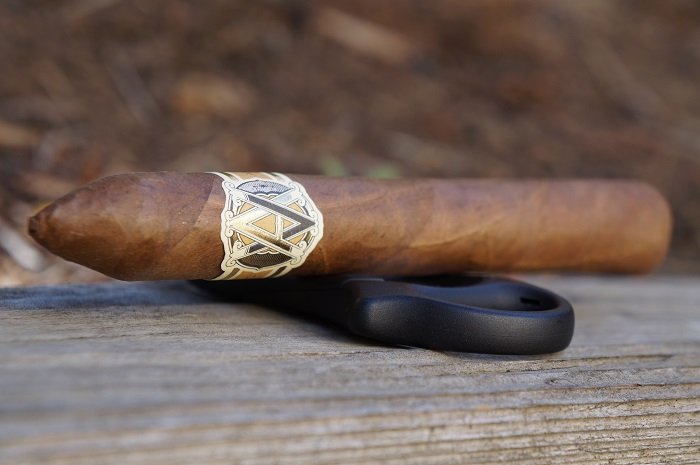 Aaron: The wrapper on the AVO Classic Belicoso is light brown with some darker marbling and has some slightly raised and knotty veins. The seams are extremely smooth while the tapered head has a bit of wrinkling to the caps. The band is the traditional brand design with a white, gold, peach and dark grey color combination. The aroma from the wrapper is a musty and hay forward barnyard funk while the foot brings cedar with some added sweetness. The pre-light draw brings musty cedar along with a mild spiciness on my lips.
Seth: Nice firmness with a solid tapered head, the AVO Classic Belicoso sports a wrapper that is Colorado in coloring. It is silky with a slight bit of oils present on the wrapper. There are medium sized veins throughout, and the wrapper has soft spice notes with tobacco, wood and leather. The foot is delivering notes of tobacco, cherries, raisins and rich earth.
John: The AVO Classic Belicoso is cellophaned, and like most cigars from Davidoff it has a UPC sticker with an integrated tear point. Aromas from the cigar included vegetal notes, sweet hay and light wood. From the foot, I could pick out sweet tobacco and more vegetal.
Jiunn: The AVO Classic Belicoso has an even Colorado Claro wrapper shade. Veins are well pressed, seams tight, bunch and roll even and the tapered head is well wrapped. Aromas from the wrapper give hay, barnyard and cedar. Aromas from the foot tell of hay and white pepper. Cold draw reveals over-ripe plums and hay. 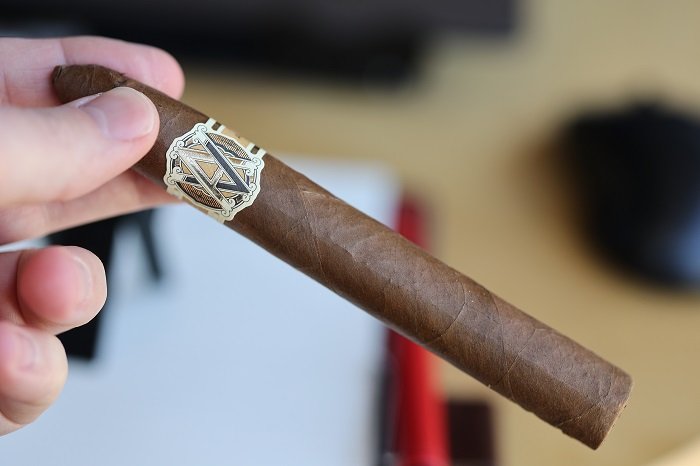 Aaron: The cigar begins with a very musty, aged cedar along with a mellow floral note. At a half inch in, the floral note is very faint while the mustiness has lightened up and the aged cedar is a bit dry. At an inch in, the floral note picks back up. The retrohale is musty cedar and the floral note. At an inch and a half in, a light chalkiness joins the profile. The strength in this third was mild-medium.
Seth: The first third begins with some lovely lemon pepper notes. There are some tropical fruit flavors present as well, they have a nice sweetness, and it is paired with some cream and hay qualities on the finish. It is incredibly smooth, and it has a long finish. I would classify the cigar as being medium to medium-full in strength and body.
John: The first third opened with wood, hay and delayed sweetness with sweet wood into the post draw. The vegetal from the aromas comes through on the retrohale after a few puffs. As the cigar progresses, a mustiness moved into the middle, eventually establishing itself in the center of the profile.
Jiunn: The first third has a blend of hay, citrus and stale wood. Retrohaling introduces minor raw cedar spice as well as brings out more citrus. The finish is lengthy but not in the right ways, giving dry and tannin filled bitter wood. Strength and body is medium. 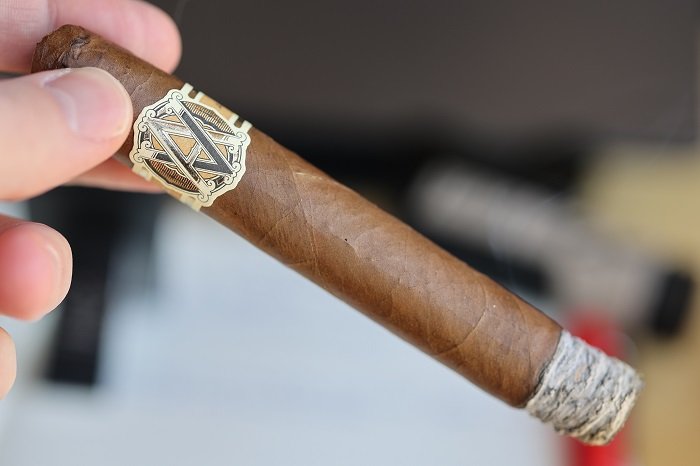 Aaron: As the second third begins, the musty cedar is up front with the chalkiness and floral notes right behind. At an inch in, the chalkiness is now even with the musty cedar while the floral note is light in the background. The retrohale remains musty cedar and the floral note. At an inch and a half, the cedar gains a slight toast. The strength in this third remains at mild-medium.
Seth: The second third begins by delivering flavors of Christmas spices, cream, earth and stone fruit notes. There are some wine and oak flavors as well. The finish is of hay and grass, and it is an easy and smooth finish. I would classify the cigar as being medium in strength and body.
John: Musty wood takes the Classic Belicoso into the second third. Dry wood settles into the post draw. There are no other transitions or evolution of flavors through the second third.
Jiunn: The second third’s finish is the most impactful part of the cigar. The dryness and tannin filled bitter wood ramps up. Other than that, there’s still the same hay and citrus, but not as much given the bitter wood taste. Strength and body remains medium. 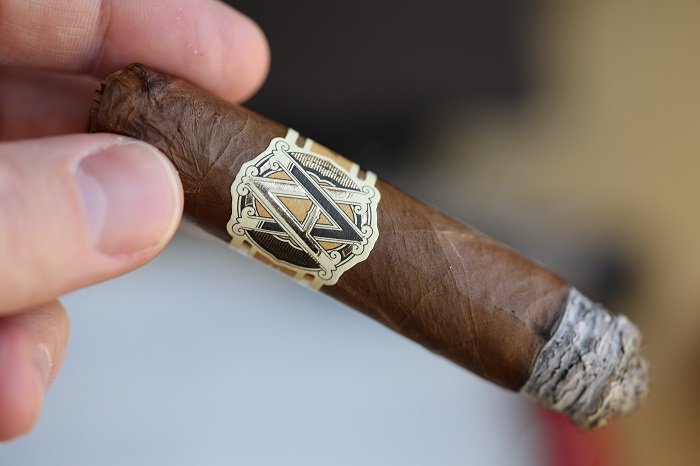 Aaron: As the final third begins, the toast increases and a light bitterness joins the profile. The retrohale is now just musty, toasted cedar. At three quarters of an inch in, the profile is musty and toasted cedar up front, with chalkiness in the middle and light bitterness in the background. The strength in this third bumped up to slightly below medium.
Seth: The final third shows a slight continuation of the second, but with some first third qualities present as well. I am picking up this cream profile that has wood and pepper notes. There is a slight bitter lemon profile as well, and the finish is that of hay and barnyard qualities. It is medium in strength and body, and it is smooth till the end.
John: Like the second third, musty wood carried the cigar into the last third, with a dry, slightly tannic wood on the post draw. As was the case with the first third, hay settled into the middle of the profile.
Jiunn: Unfortunately, there’s nothing new to say for the final third. It’s still the same flavors of dry, tannin filled bitter wood, hay and citrus. Strength and body finishes the same medium as well. 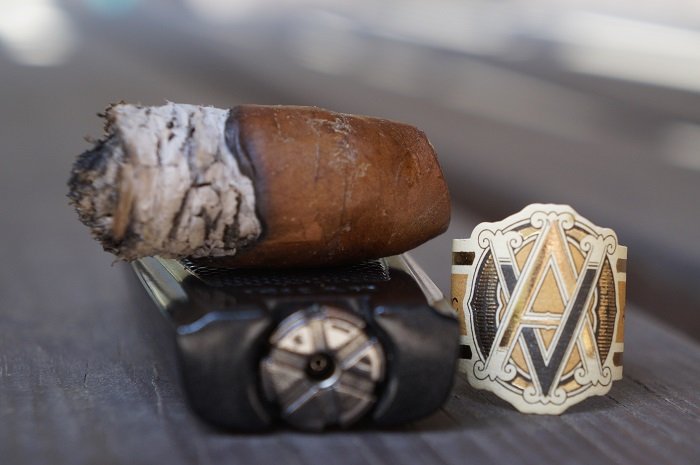 Aaron: The burn was straight the entire way. The ash held on in inch and a half increments.
Seth: The Belicoso burned wonderfully from start to finish.
John: The burn was razor sharp and had an ash that held on up to 1-1/2 inches at several points.
Jiunn: Burn performance was flawless. Even burn, tight ashes, cool burning temperature and ample smoke production. 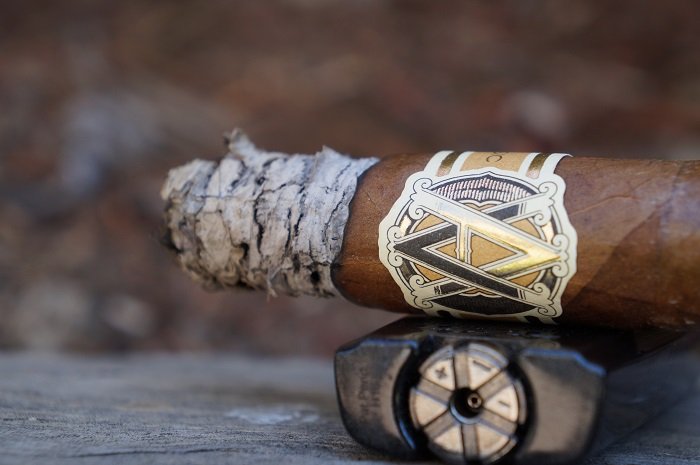 Aaron: The draw was perfect, with just the right amount of resistance I prefer.
Seth: Draw was perfect from beginning to end.
John: Initially, the draw started out well into the resistant spectrum, approximately 3-1/2 to 4 notches. As the first third settled in, the cigar opened to 2-1/2 to 3 notches towards the resistant spectrum.
Jiunn: The draw was also fantastic, providing the ideal air flow.

Aaron: The cigar had a nice beginning with the musty, aged cedar and floral note, but once the chalkiness joined in, it started degrading the profile. The bitterness and loss of the floral note in the final third took things down a bit more. I really wanted the first inch of the AVO Classic Belicoso to just keep going, and if that had happened, this would have been quite enjoyable, but the chalkiness just put a damper on things. I might come back to this to see if that chalkiness isn’t persistent.
Seth: I am not one of those guys that is crazy about the Avo Classic line. I really do not care for it and would smoke many other offerings from AVO over that line. However, the AVO Classic Belicoso is lightyears better than the other vitolas in the line and I would revisit quite frequently. You typically do not look at a Belicoso offering being the highlight of a line, but that is the case with this release. The smaller ring gauge lets you get more wrapper, and the tapered head helps to slow down the smoke time and concentrates the flavors on the palate. There is complexity, depth and transitioning throughout. Great to see them bring back this cigar, even if it is for a short time.
John: The AVO Classic Belicoso was a pleasant, albeit prosaic release. At no point during the review experience was I engaged with the cigar, or did I find myself particularly excited to continue. While the relatively mild nature of the cigar would likely appeal to a broad spectrum of smokers, I would expect the price point would have them reaching for something more rewarding in the flavor department. The burn was flawless, and the draw had some resistance to it. I would not be likely to smoke this cigar again as there are a long list of offerings at a similar or lower price point I would find more appealing. Total smoking time was 1 hour and 26 minutes.
Jiunn: Not the best showing of AVO by any extent. I found the AVO Classic Belicoso to be entirely average, driven primarily by dryness and tannin filled bitter wood with trailing hay and citrus. It’s probably not something I’d return to anytime soon, but also feel that I need to give it another fair shake down the road to see how it has evolved. But for now, this is a pass.