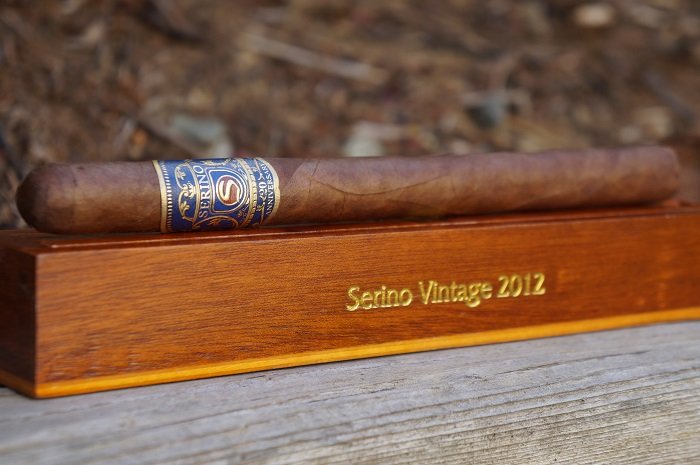 The wrapper on the Serino Vintage 2012 A is marbled medium brown and has some lightly raised veins present throughout. The seams are very smooth and really only visible due to the color variation of the wrapper. The head is finished off with what appears to be four caps and the foot is covered with folded over excess wrapper. The aroma from the wrapper is lightly damp wood and dry hay and is pretty much what I get from the covered foot. The pre-light draw consists of cedar and plum like sweetness. There is a mild spiciness on my lips as well. 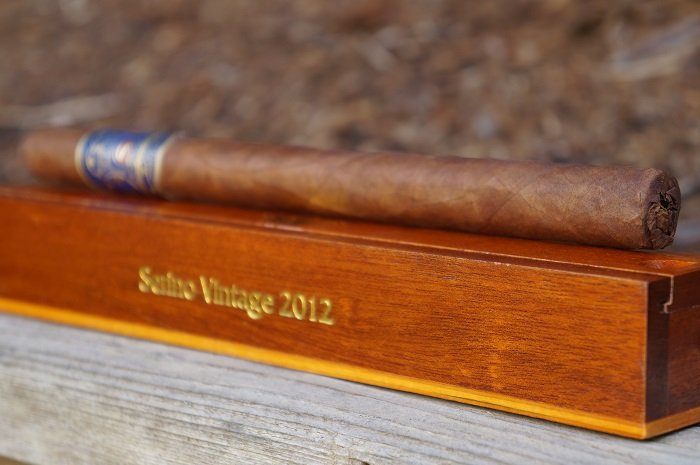 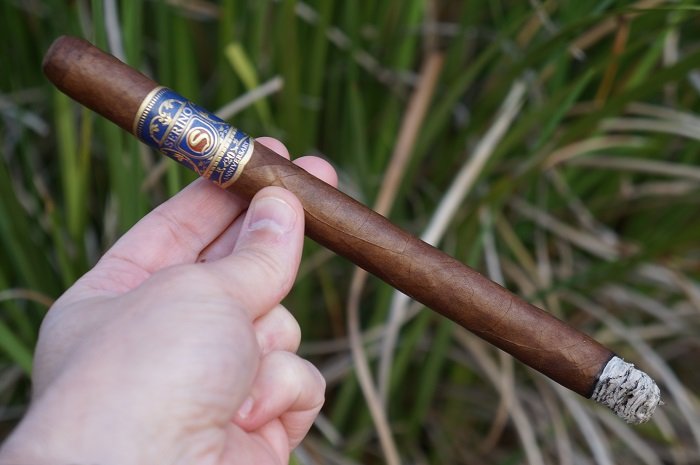 As the second third begins, the cedar has a heavier toast to it. At a half inch in, the baking spice is now very light. The retrohale is now just musty and toasted cedar. At an inch and a half in, the toast lightens back up. At two inches in, the light toast is replaced with light char. As the third comes to a close, the char picks up a bit with the cedar while the mustiness is right behind with some baking spice faint in the background. The strength in this third remained at medium. 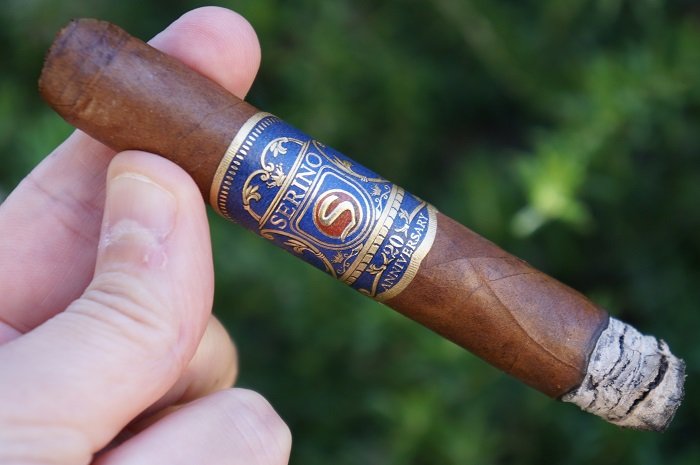 As the final third begins, the char has increased and some bitterness is now present while the baking spice has departed. At an inch in, the bitterness is quite faint while the charred and musty cedar remains the core of the profile. The retrohale is musty cedar with light char. The cigar wraps up with decently charred cedar and mustiness and a faint bitterness. The strength in this third bumped up to slightly above medium. 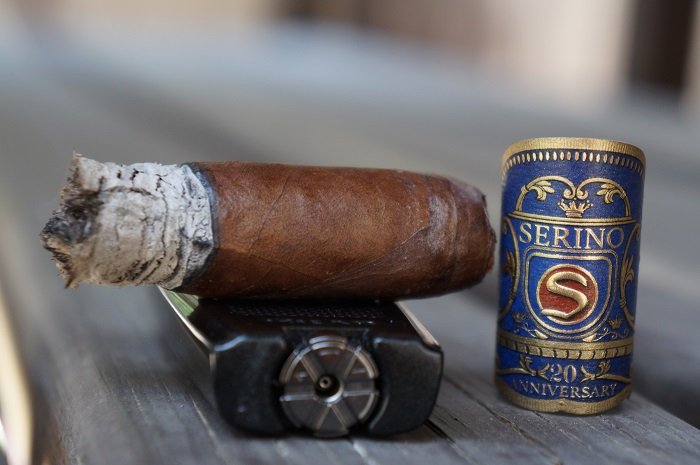 The burn line was straight the entire way. The ash varied in length from an inch at a time to an inch and a half. 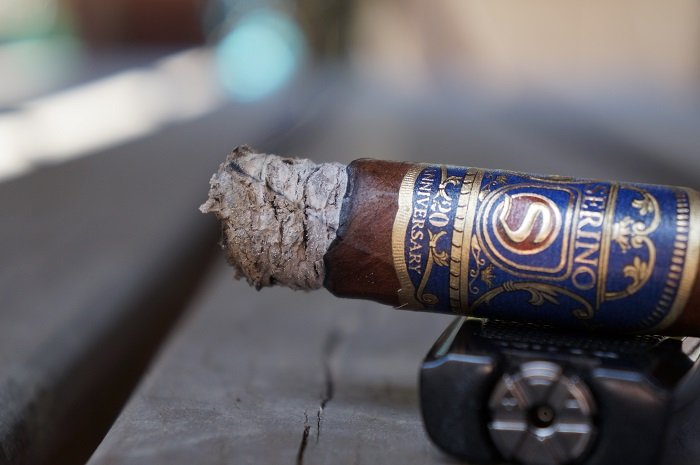 The draw was fairly snug. Even with a slight second cut, it didn’t open things up.

The cigar began with musty cedar and light baking spice. A toasted note joined in about halfway through. The second third saw the toast replaced by char. In the final third, the baking spice dropped out and the char increased as a light bitterness joined in. The construction was great aside from a tight draw and strength was medium most of the way. The Serino Vintage 2012 A had a good start with a nice combination of flavors that worked well together, but by the second third, the profile became less dynamic and finished out with a fair amount of char. This is a commitment to smoke, and with the profile being average from the second third on, I don’t think it provides enough of a good time to warrant that commitment. I’d be open to smoking this in a smaller vitola, but likely won’t return to this one.