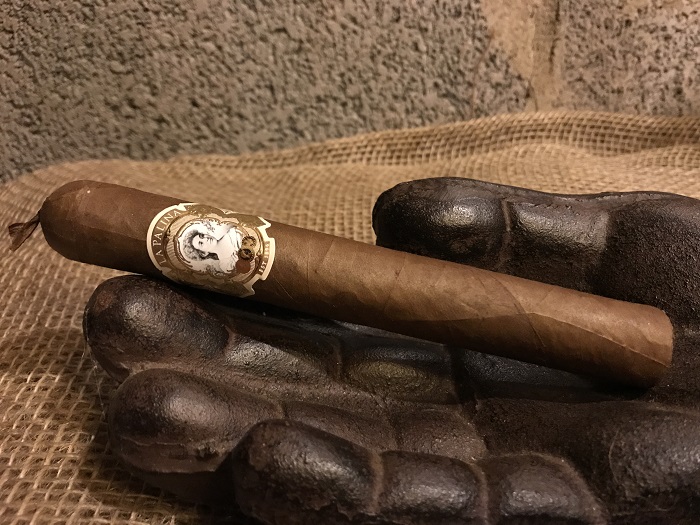 With any Goldie, the first thing you notice is the fan cap. It is a lovely fan and there is a nice triple cap with that. The final cap is quite large, but there are no construction issues. The cigar has a nice firmness throughout and is smooth and silky to touch. There are a few veins here and there, but most are small or medium in size. The cigar has a solid Natural coloring to it, slight bit of Colorado present and is medium brown in coloring. The aroma at the foot of the cigar is that of fruit, spices, leather and hay, while the wrapper is giving off natural tobacco and barnyard notes. The cigar has an easy cold draw and it is giving off strong cedar notes with some hay qualities as well. 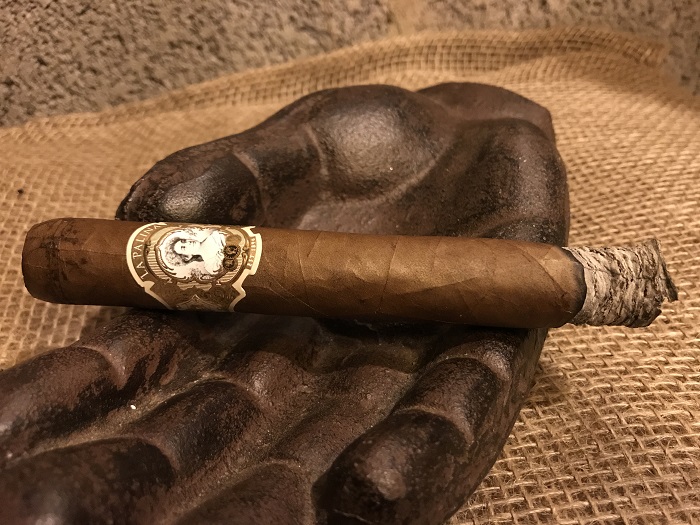 The cigar opens up by delivering some pepper and wood notes but quickly becomes more complex. It is like this sudden burst of pepper and cedar. From there, I begin to pick up some cinnamon and clove qualities with a subtle bit of pepper fruit bread notes. There is a nice barnyard profile with that and it is showing some cedar, hay and earthy qualities on the finish. I am getting touches of leather, but nothing major. I would classify the cigar as being medium-full in body and it is delivering similar flavor and strength characteristics. The draw is cool and easy, and with that is a nice bit of smoke production. The burn line is nearly razor sharp and with that is a firm ash that is holding on well. 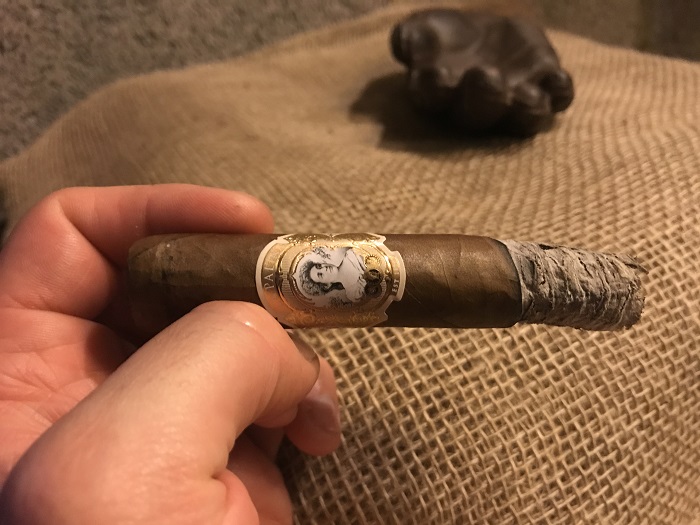 As I enter into the second third, the complexity in the cigar seems to come down a notch. I am still picking up those Asian spice notes, bits of cinnamon with cloves and pepper, but it is not showing that fruit bread flavor from before. There is some sweetness present though and it is pairing with the cedar, hay and barnyard like flavors. It really has that classic El Titan de Bronze flavor going for it and I like it. It has that Miami and old school Cuban flavor profile going for it. In terms of body, strength and flavors the cigar is remaining at that medium-full level and the construction and draw are dead on. The draw is perfect, cool while producing a great bit of smoke and the burn line is razor sharp. 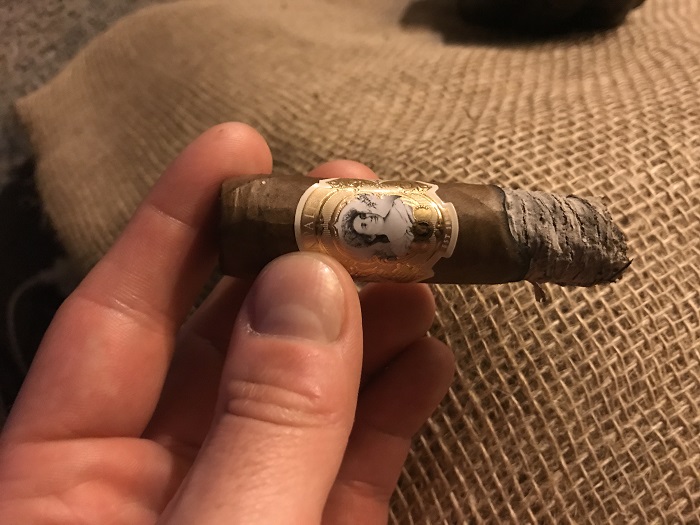 Similar to the second third, the final third lacks some of the flavors that were present in the first third. It could be the youth of the cigar, could be the blend itself, but the flavors are less present and complex from before. I am getting toast, wood and pepper notes, but that is about it. It is smoking cool, just not delivering an abundance of flavors. It is remaining at that medium-full level though and smokes cool all the way to the end. The construction remains top notch with an even burn line and a nice bit of smoke being produced. 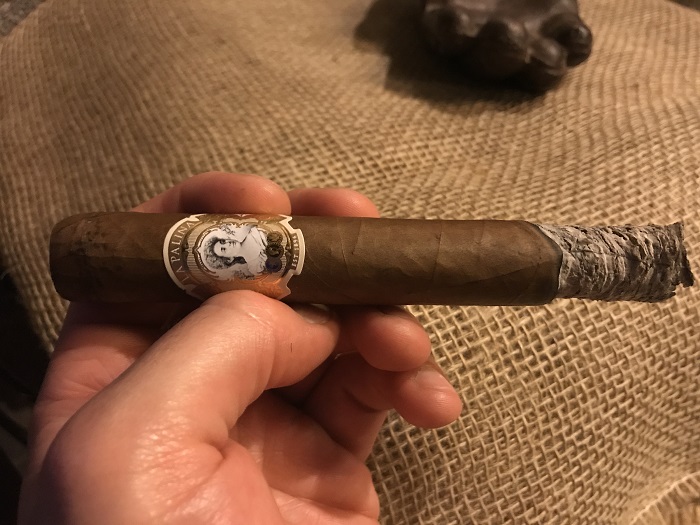 Like any cigar coming out of El Titan de Bronze, the cigar presented no problems and it had an even burn line from beginning to end. There was never a razor sharp burn line, but it was never wavy and the ash was holding on firmly to the end. The ash produced this solid light charcoal coloring and it was a solid color throughout. Overall, no problems and great construction from a factory where I expect great construction.

As I said with burn and construction, I never expect any problems with cigars coming out of El Titan de Bronze. The draw on this Goldie was solid and was not too loose or tight. I personally prefer the draw to be a little bit more snug, but that is me and I know more people prefer a more open draw. Once again, no complains and this was a well made cigar.

This was a solid Goldie and I think it will do well with consumers, mostly because of the size, but it is not my favorite of the Goldies. The Goldie itself has changed over the years, which I expect with any annual releases, but the wrapper itself has changed from the first two years. It was once lighter and thinner and is now darker and thicker. The flavors delivered are not what they once were. I think it has lost some of the complexity but it is still a solid cigar. It’s one of those things where the cigar is really good, and is better than a lot on the market, but it is not as good as it once was or some of the first releases. I think age will help the cigar, that has been the case with the past couple releases , but like most Goldie releases when it comes to four+ years of aging, the cigar goes downhill. I am disappointed that the size is more of an American size and not a traditional Cuban size, but that is me once again who has been a Goldie guy from the beginning. With time, the flavors will develop in the second and final third, knock on wood, and that will help the cigar in terms of flavors. With that being said, the draw and construction were great and a majority of cigar smokers will truly enjoy.