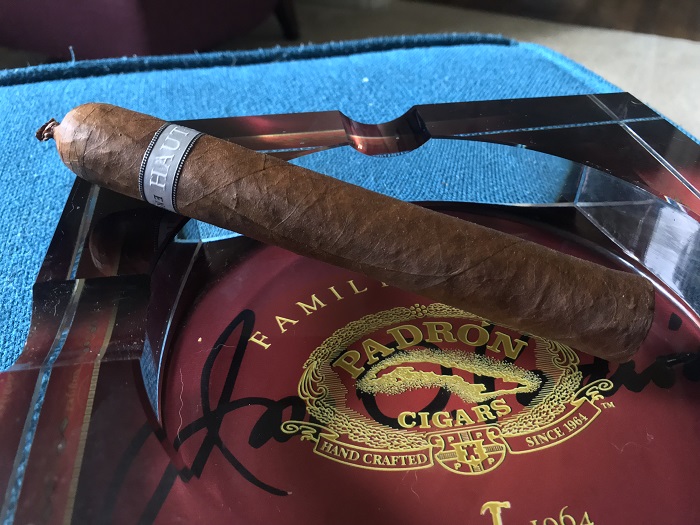 The Illusione Haut 10 Gordo is firm throughout and is finished with a lovely triple cap and fantail. It has a nice darkened clay coloring to it, really dark red and brown and it is a beautiful Colorado wrapper. The foot of the cigar is giving off an aroma of chocolate, rich earth and fruit yard while the wrapper is showing some barnyard and rich earth notes. 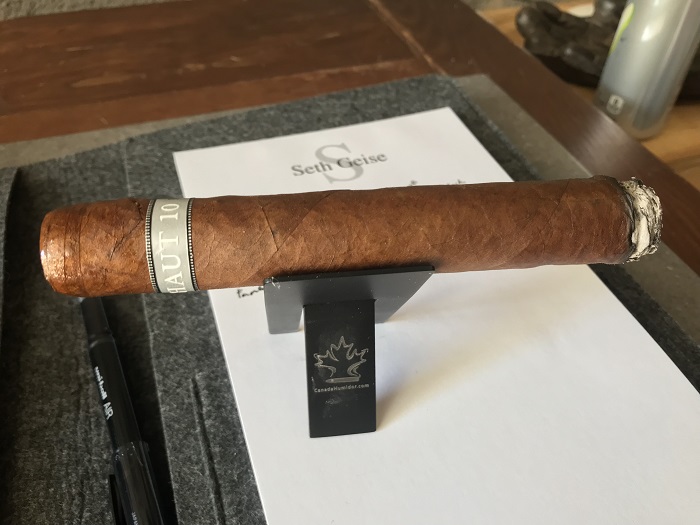 The first third has a great flavor profile and it is showing lots of milk chocolate, hazelnuts and red pepper. There is a creaminess present as well and it has some rich earth and oaky qualities. 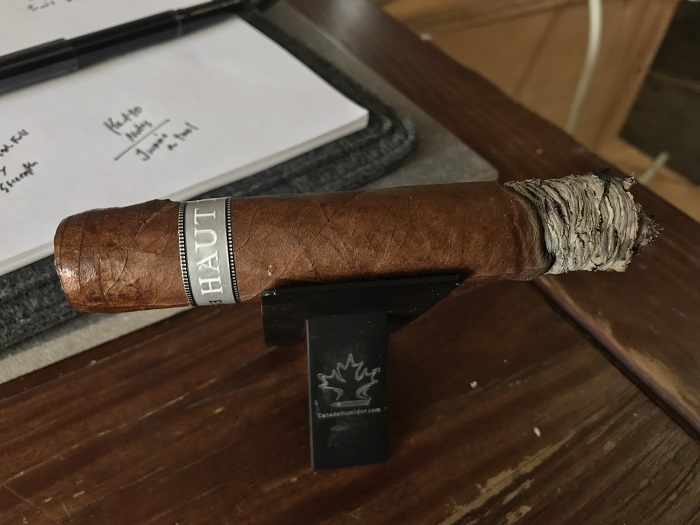 I find the second third shows a lot of transitioning, but at the same time lost some of the great flavors present in the first third. I am getting a meaty profile now and it has that leather, wood and dry earth profile as well. There is some soft spiciness present also, and it is a big transition. 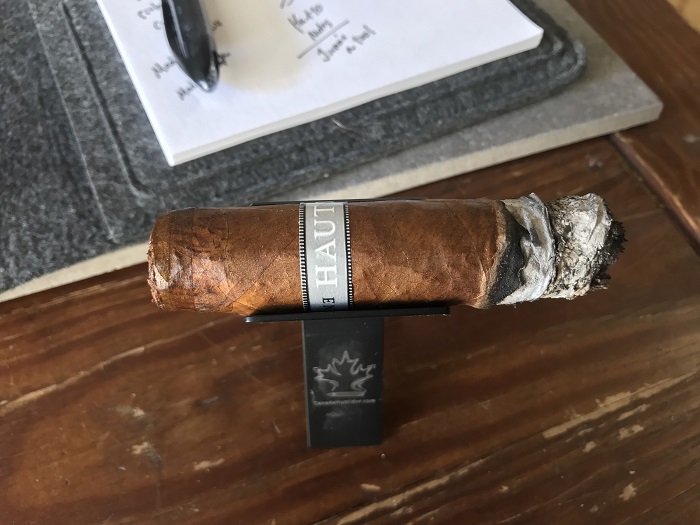 The final third is similar to that of the second third and it is delivering that leather, wood and dry earth quality. There is a soft barnyard quality present as well with some spices and cream, but it’s just lacking some great flavors from the get go. 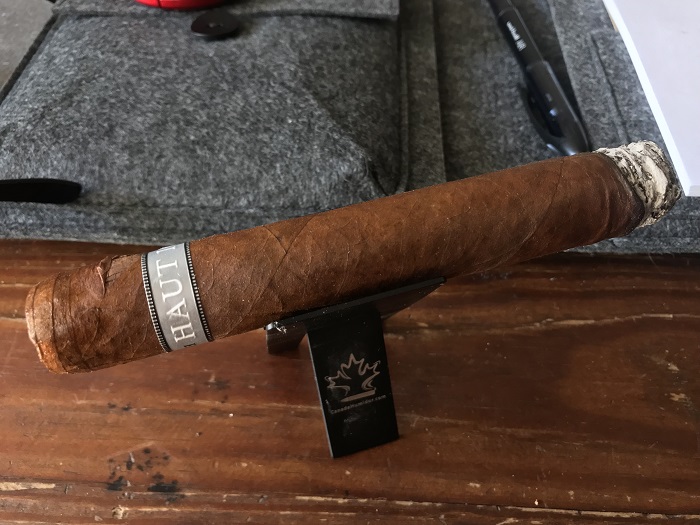 The burn was off on the cigar throughout and it required touch-ups quite frequently. The ash had a light gray and at times white coloring, but it just didn’t burn well from start to finish.

The draw was great throughout the cigar. The first and second third had a perfect draw for the size and the final third delivered well also. It got a little soft in the final third, which messed with the draw, but it was not major.

I was a huge fan of the Haut 10 when it was released as a limited release. When they announced new vitolas, I was eager to smoke those as well. I have not smoked the Churchill, which I hear is phenomenal, but the Gordo is not what the original was and I am sure not what the Churchill is. The flavor profile really declines past the first third, you could make the case for the second third and it just lacked an enjoyable smoking experience. It is a medium to medium-full smoke in terms of body and strength and I would say the flavors start at that level and go down to a medium in the end. I smoked quite a few samples for this review and found it to be consistently disappointing. To say I was incredibly disappointed would be accurate and for an Illusione release, I would say it is a bust.