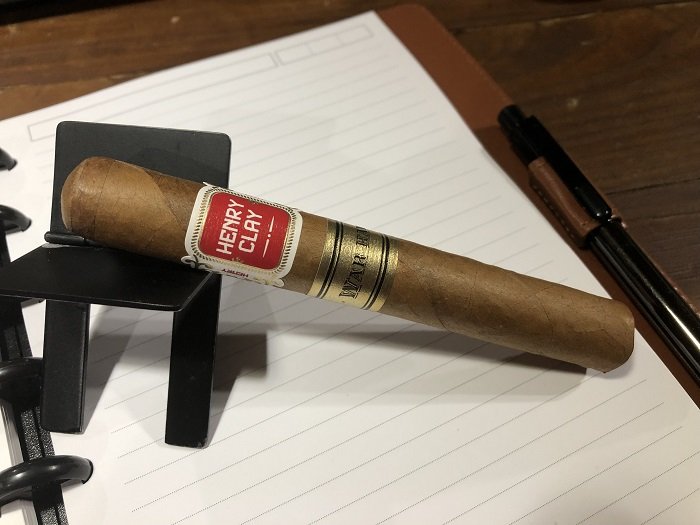 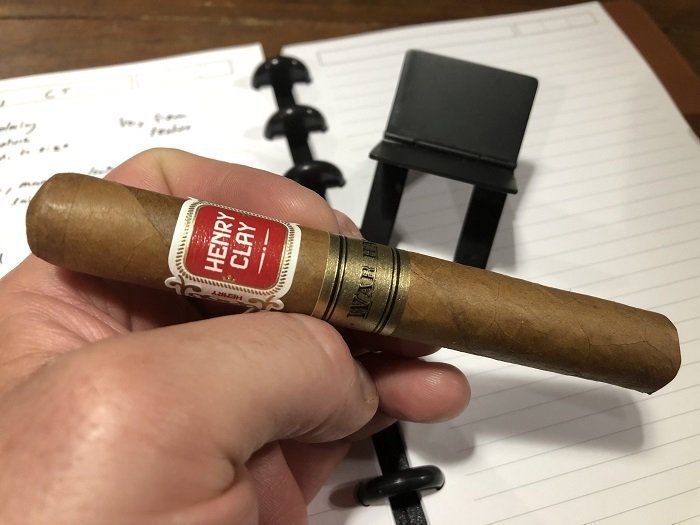 The Henry Clay War Hawk Corona is beautiful in hand. it is fairly smooth throughout and sports some small sized veins that are somewhat noticeable throughout the wrapper. It has a golden hay coloring and is a combination of Natural and light Colorado in my opinion. The foot is showing aromas of hay, cream and honey, and there are also some toast and berry jam like qualities with that. The wrapper itself is showing some leather, wood, hay and earth, and it is a great combination. 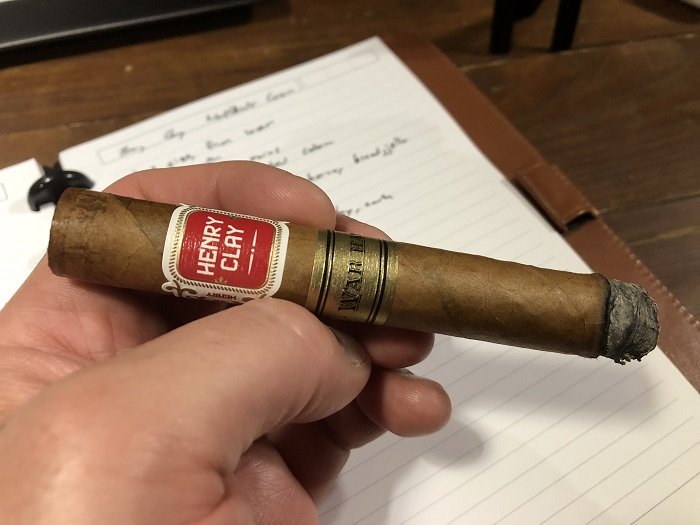 The first third opens up by delivering a lot of spice notes and it has a prominent red pepper quality. I am picking up some cream, earth and wood notes with that, and the finish has this almond and soft licorice quality that is very enjoyable. In my opinion, the cigar is smoking at a medium level in body, and the strength is just south of that. 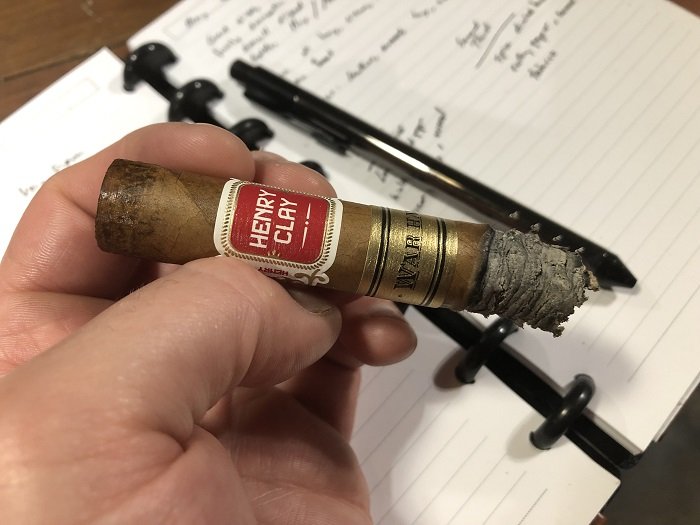 I am in the second third of the cigar now and the spice has dialed back some. The pepper flavor profile is still present, but it is more of an earthy and creamy pepper quality that is not as sharp as the red pepper from the first third. In some ways it has this pepper gravy quality to it. There are some tobacco flavors present with that, strong tobacco qualities, and the finish is of wood, cream and almonds. Like before, the cigar profile is smoking just south of medium all around. 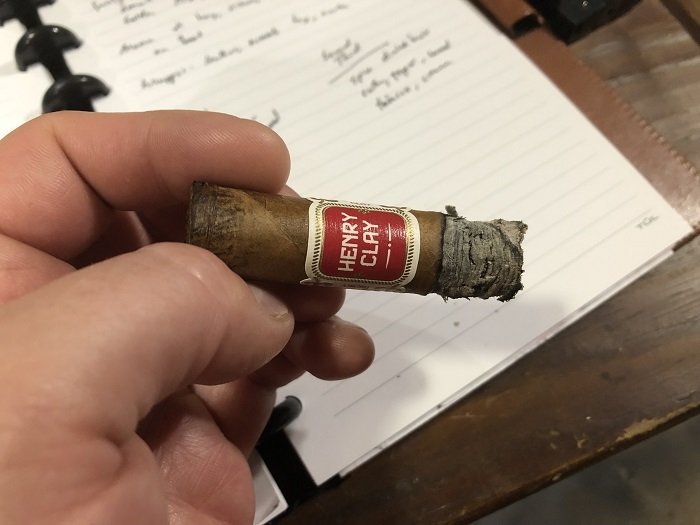 I am in the final third of the cigar now and finding a nice finish to the flavors and the cigar. It has that nice red pepper spice quality that was present in the first third, and it is paired with this sweet and creamy almond and cashew profile. There are some rich earth and seasoned wood notes, and the finish is showing some more cream and toasty notes. Similar to the second third, the cigar is just south of medium in strength and body. 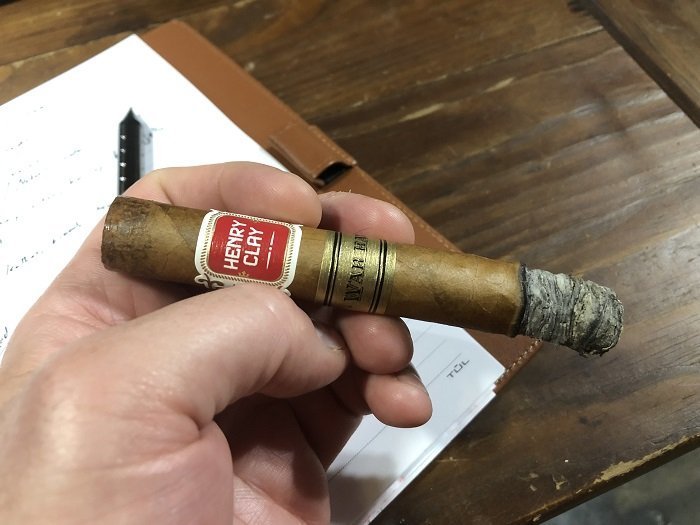 Throughout the cigar, the Henry Clay War Hawk smoked really well. I am not surprised. If this cigar smoked poorly, that would have been more shocking. Nearly perfect burn line, ash held on firmly and it had a lovely dark charcoal coloring.

The draw was perfect on this Corona. Amazing smoking experience that lasted a good bit of time for the size.

The Henry Clay War Hawk Corona was a very enjoyable cigar and one of my favorite Ecuadorian Connecticut offerings this year. I love the use of the Broadleaf binder and the Honduran tobacco in the filler. Henry Clay just shouts Broadleaf, so even though this is not your typical old school Henry Clay, it keeps with the tradition of using the tobacco in the blend. It is like Royal Agio with Brazilian tobacco and I love that. As a Connecticut offering, it is enjoyable and captures that quality which I look for in a cigar of this nature. Smooth, not overly strong in strength and body but complex and flavorful at the same time. I think Altadis U.S.A. is doing a great job with the Henry Clay brand. While the Pete Johnson Henry Clay release helped them resurrect the brand in some ways, it is far from the best Henry Clay cigar they have done. Since Stalk Cut, they have had some great releases with the Henry Clay name. I think the Rustic Cheroot was fantastic. Back to the War Hawk, the cigar has a great price and winning qualities. The Henry Clay brand is a brand more cigar smokers and retailers should pay attention to and tryout.