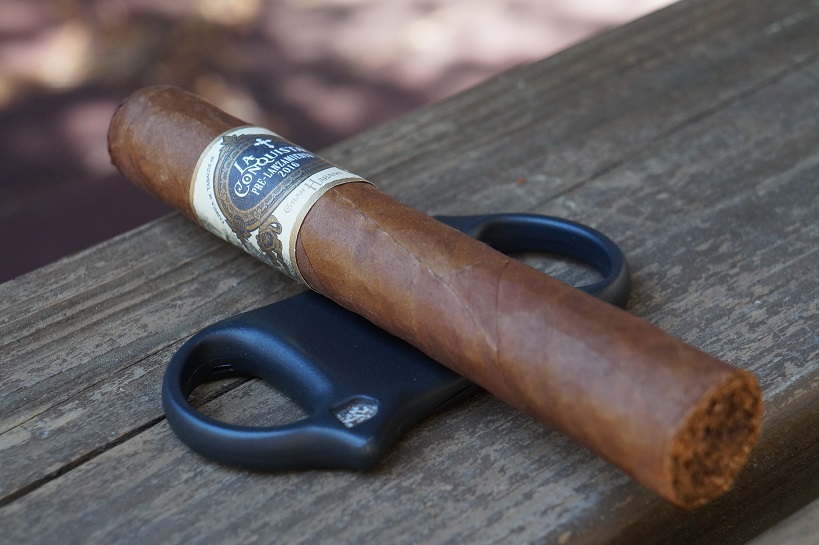 The wrapper is medium to dark brown with a nice sheen to it. There are a couple of prominent veins visible. The seams are barely visible and lay nice and flat. The caps are applied nicely, but there is a vein that protrudes right near the cap that I’m hoping doesn’t become an irritant while I have the cigar in my mouth. Since this is a pre-release, not much is expected from the band, but it is not just a basic printed band, there is some gold bordering along the top and bottom with some nice printing on it. Nothing spectacular, but also not a band printed from a label or laser printer. The aroma from the wrapper is a light sweet hay. The foot gives a much sweeter, somewhat fruity aroma, maybe cherry. The pre-light draw brings some of that same cherry sweetness along with a bit of cardboard. 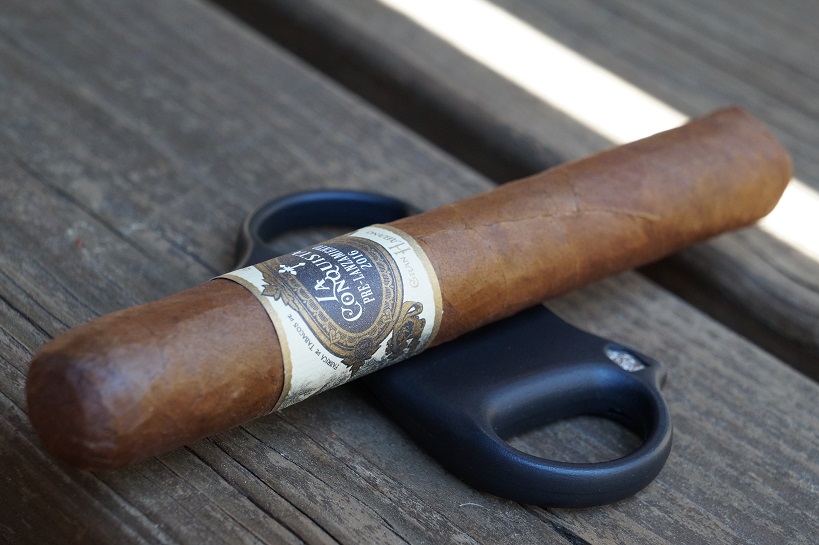 Upon lighting, I’m getting a subtle sweet spice with a little bit of pepper on the back of my tongue. The retrohale is a creamy wood with a bit of sweetness. A few more draws in and the retrohale is more defined now as slightly spicy cedar with a bit of cream. The spice in the mouth has gone away, but the subtle sweetness remains. I can’t pinpoint what the sweetness is associated with except for maybe a very light wood. About half an inch in, the sweetness backs off a bit and the light wood enhances into more of a light oakiness. The retrohale has also lost its sweetness and is now a mellow pepper with a bit of cream. An inch in and a pleasant mustiness mixes in with the flavors and on the retrohale. At an inch and a half the flavors are all mixing together very well with a creamy, musty oak and then the retrohale has a creamy, musty pepper. The cigar maintains this nice mix of flavors for the remainder of the third. The strength level is between mild-medium and medium. 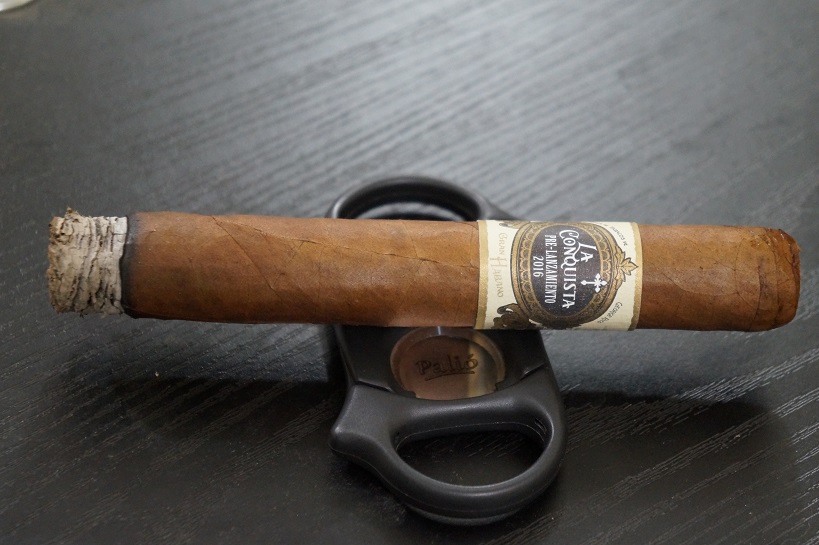 The mix of flavors from the first third continues here, but with the addition of a bit of graham cracker on the retrohale. An oily pepper is bringing a light coating to my tongue to go along with the creamy oak. The creaminess begins to ramp up a bit and is the primary flavor over the oak. The mustiness has left but is still present on the retrohale. After the ash dropped at about 3/4 of an inch into the third, the oakiness transitioned to the primary flavor with the cream moving back to a supporting role. An inch and a half in, a little bit of nuttiness makes itself present in the background with the oak still up front. Nearing the end of the third, the nutty flavor went away and a bit of minerality appeared on the retrohale. The strength in this third remained between mild-medium and medium. 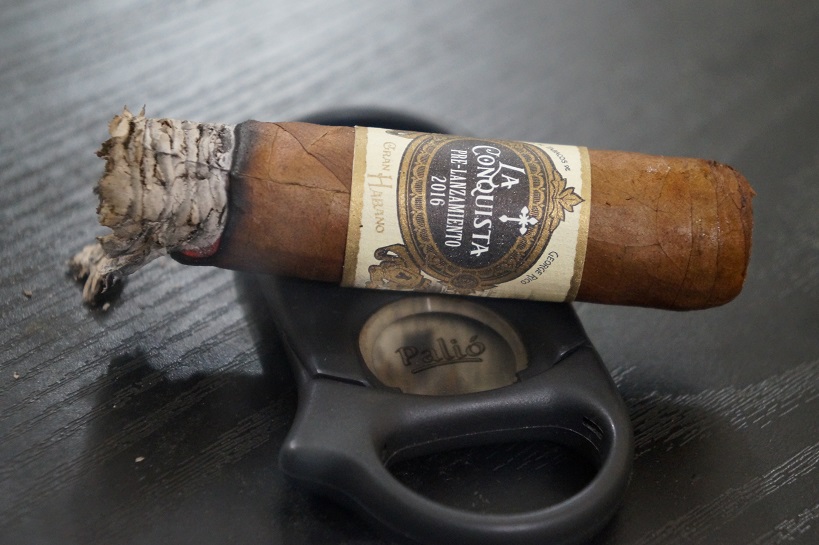 As this third begins, the minerality is now present in the mouth as well as the retrohale. The oak is transitioning back to cedar and on the retrohale, there is a bit of an ashiness mixing in. About a half inch in, the creaminess really dials back. The cedar has transitioned back to oak and it is a bit drying on my palate. About an inch in, there is now a bit of pine flavor coming through which brings a brightness to the flavor. After a half dozen or so draws, the pine flavor goes away and char comes in to mix with the oak. The retrohale is now just a creamy oak. The cigar finishes with the slightly charred oak and some cream along with the creamy oak on the retrohale. The strength in this third was a solid medium. 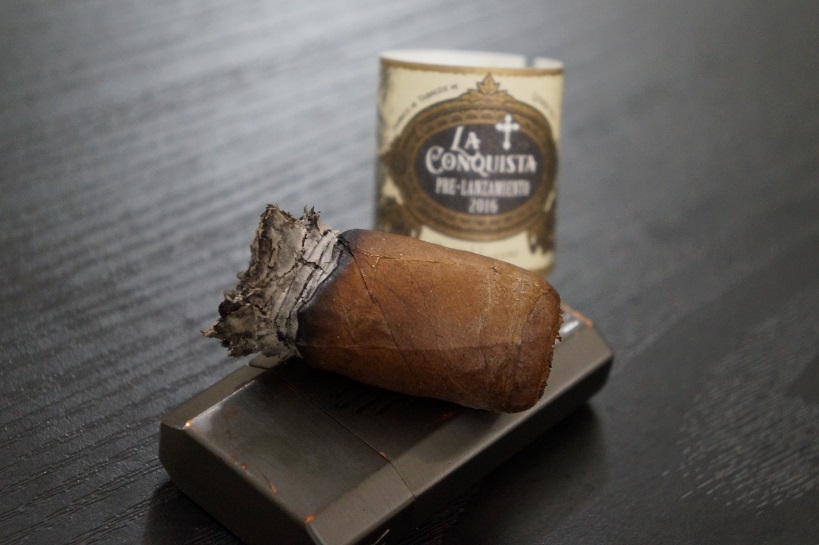 The burn was very good. There was one point in the second third where the wrapper skewed a bit but it caught itself up without any intervention and then maintained a straight burn the rest of the way. The ash held on in one and a half inch segments. 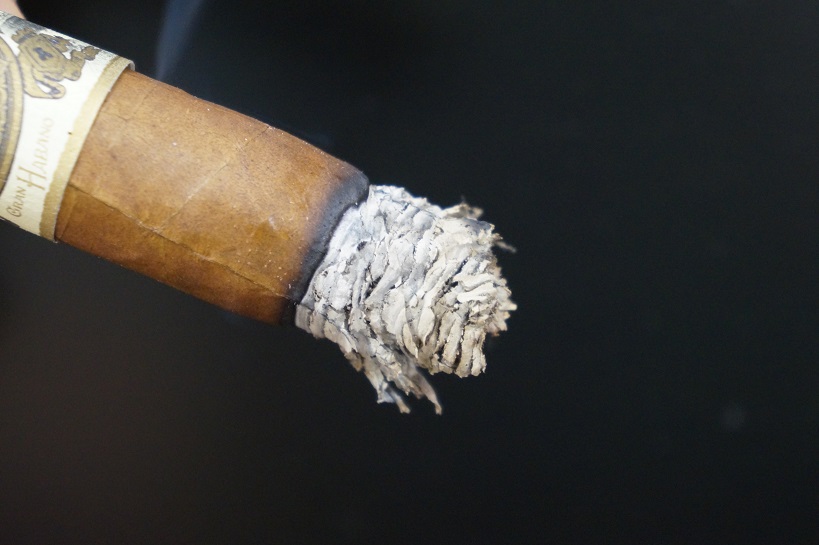 The draw was a bit loose. In combination with the larger ring gauge, I didn’t feel like I had as much control as I wanted on the draws.

I enjoyed this cigar. The flavors it presented were interesting and kept me engaged. The volume of smoke was good even though I didn’t have the draw control I prefer. For it being a pre-release, I hope the final product stays at this level or becomes better with the increased time that these cigars will have. I think this cigar would pair very well with coffee and could be easily enjoyed in the morning or any time of day. I would also say that it would be a good fit for any smoker. I’d recommend keeping an eye on this release and picking some up once they are available.