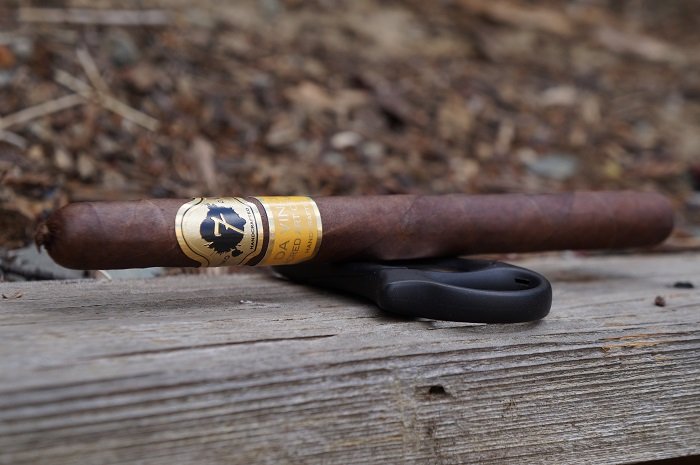 The wrapper on the El Septimo Sacred Arts Collection Da Vinci is medium brown and has some lightly raised veins present. The seams are slightly raised and head is well finished with a small twisted flag. There are two bands, with the primary being gold and black and carrying the company logo. The secondary band is yellow and gold and designates the line and sub-line. The aroma from the wrapper is a very mellow wood note while the foot brings stewed fruit and wood. The pre-light draw brings more of the stewed fruit and wood along with a mild spiciness on my lips. 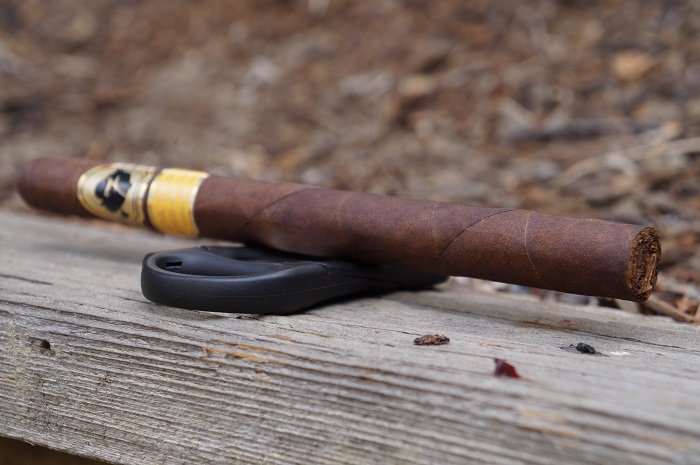 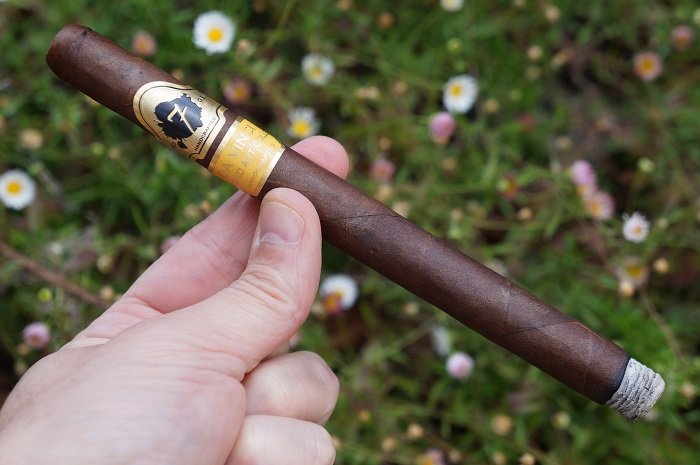 As the second third begins, a faint nuttiness becomes present. At a half inch in, some light earthiness joins the profile as the nuttiness has gone away. The retrohale is slightly musty, toasted cedar, earth and mild black pepper. At two inches in, the musty, toasted cedar is just ahead of the dry earth with the black pepper a fair distance behind. As the third comes to a close, the toast level has increased. The strength remains at medium. 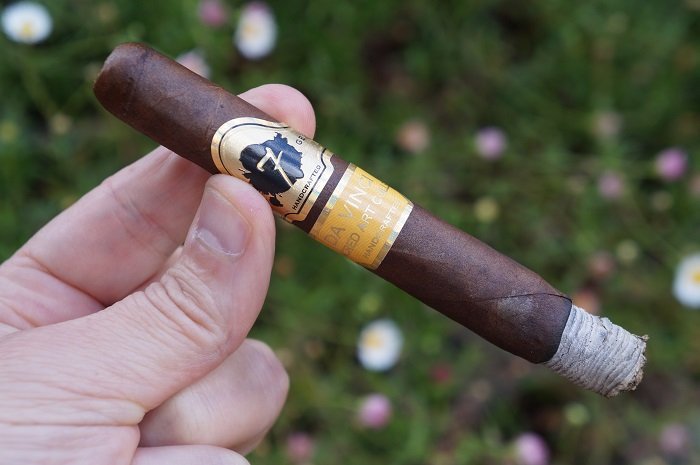 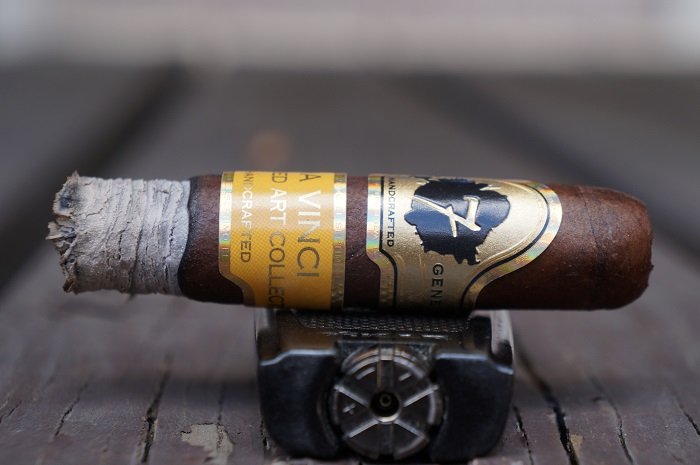 The burn was straight throughout, but the cigar did go out once in the middle third, requiring a re-light. The ash held on in inch and a half increments. 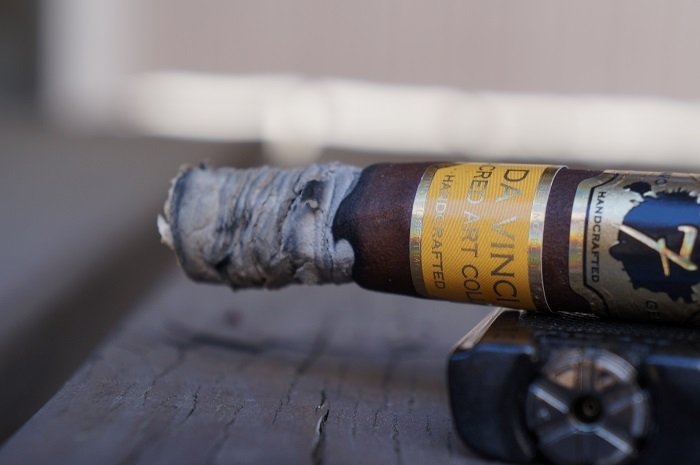 The draw was fairly snug and a draw tool brought no relief.

The cigar began with toasted cedar and mild baking spice. The baking spice later transitioned to black pepper and some mustiness joined a bit later. The second third saw some nuttiness join for a little bit. The final third saw the black pepper depart and a vegetal note join. The El Septimo Sacred Arts Collection Da Vinci was enjoyable for the first inch and a half or so, and then after that, it became a bit monotonous. It was very toasted cedar and dry earth focused with none of the other components really adding anything to elevate it. All of the cigars in the series are quite pricey, so I wouldn’t see myself coming back to this one, but would be up for trying some of the the offerings.