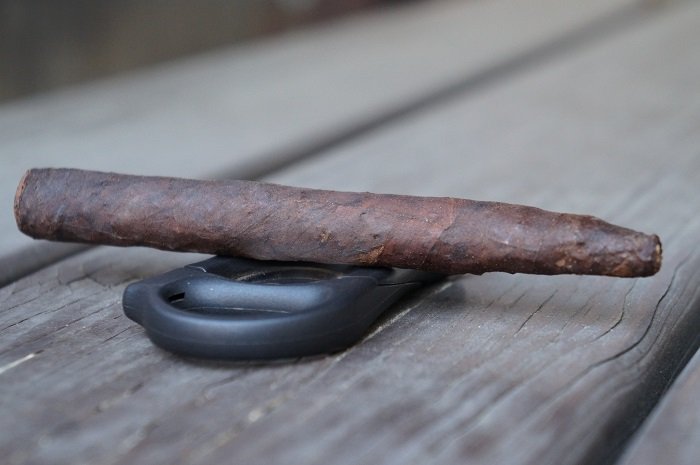 The wrapper on the El Artista Fugly is dark reddish brown with some lighter marbling. There is a fair amount of texture with the raised veins and wrinkles. The seams are slightly visible due to some darkness on the edges of the leaf. The head doesn’t carry any caps as it is finished with a taper but still open. There is no band on the cigar. The aroma from the wrapper and foot is a mix of light wood and tobacco sweetness. The pre-light draw is exactly the same but does carry a mild spiciness on my lips. 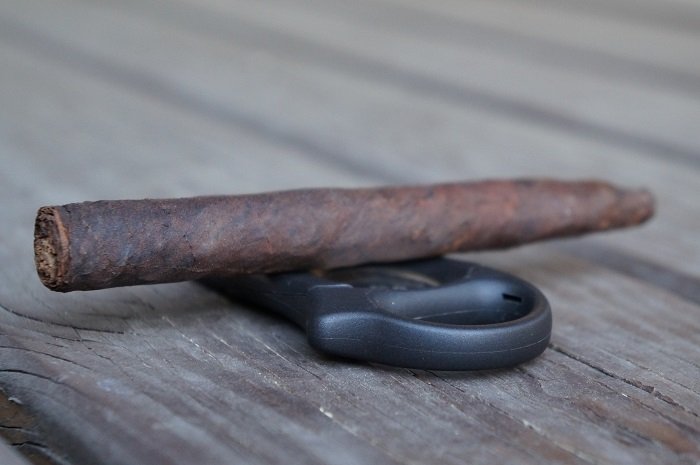 The cigar begins with charred oak, some mustiness and a mild cinnamon. At a quarter inch in, some earthiness joins the profile. At three quarters of an inch in, the charred oak is still up front with some musty earth behind it. The cinnamon is faint but present on my tongue long after the draw has finished. The retrohale is an even mix of the charred oak and musty earth. At an inch and a quarter, the cinnamon has picked up as all of the components are now at an equal level. The strength in this third was slightly above medium. 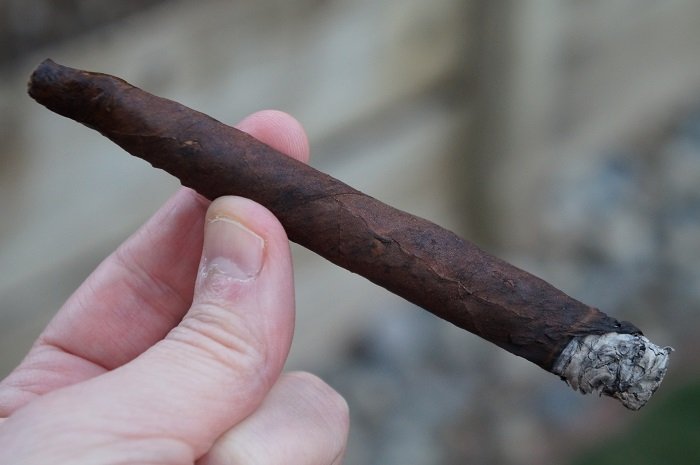 As the second third begins, the charred oak and mustiness are up front as the earthiness and cinnamon are in the background. As the third has progressed, there haven’t really been any changes. The retrohale has the charred oak up front with some mustiness right behind it. The strength in this third remained at slightly above medium. 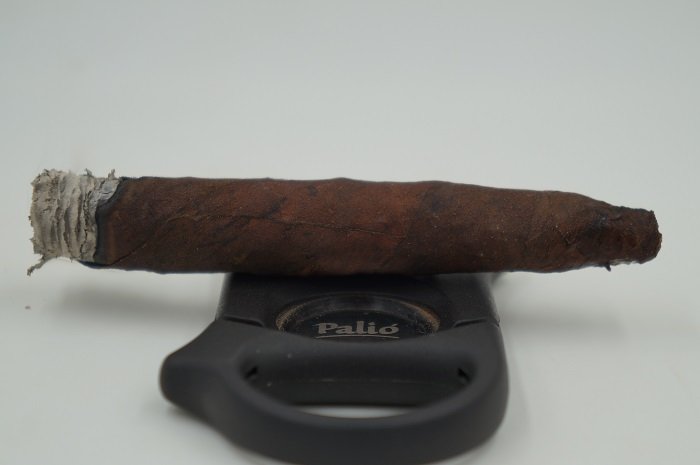 As the final third begins, the charred oak and mustiness are even. The earthiness and cinnamon have left the profile. At a half inch in, the cigar begins to warm up and brings some mintiness to the profile. The retrohale is a musty oak. The cigar finishes out with the charred and musty oak with a slight amount of mintiness and floral notes. The strength remained at slightly above medium. 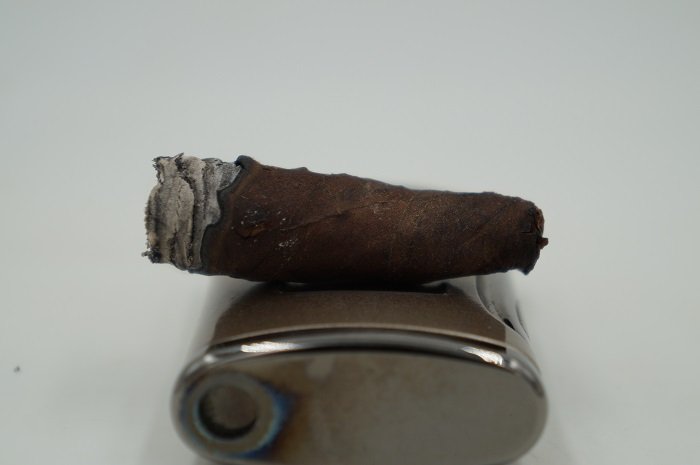 The burn was a bit wavy through the first half of the cigar and then straightened out. It did go out once in the first third and required re-light. The ash held on in about three quarter inch increments. 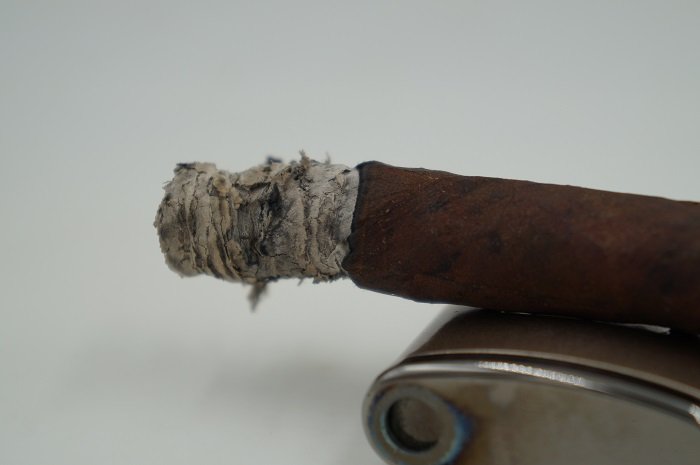 The cigar began with charred oak, mustiness and cinnamon with some earthiness joining fairly quickly. That profile held on most of the way until the final third when it lost the earthiness and cinnamon. The burn was a bit wavy but the draw was perfect. The strength was slightly above medium the whole way. For a cheroot, the El Artista Fugly smoked pretty well. The flavors were pretty average, but for this price point, it’s got some good value. I’d have no problem smoking this as a kick around cigar when I’m looking for decent flavor but not able to pay much attention to it.