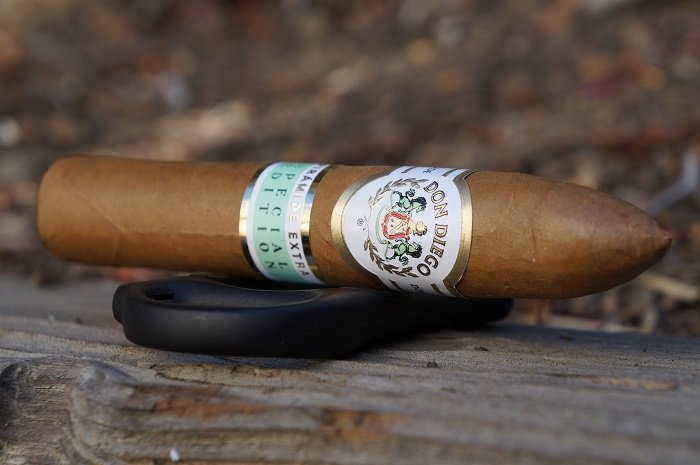 The wrapper on the Don Diego Special Edition Pirámide Extra is medium tan and has a couple of decently raised veins present. The seams are fairly smooth and the tapered head is very well finished. There are two bands, with the primary being white and gold with a crest and the brand name in front, with the sides denoting the country of manufacture. The secondary band is white, gold and aqua green and denotes the name of the line. The aroma from the wrapper is a light mix of dry hay and dry cedar while the foot brings a freshly cut cedar and mild spice. The pre-light draw brings a slightly young/green cedar note. 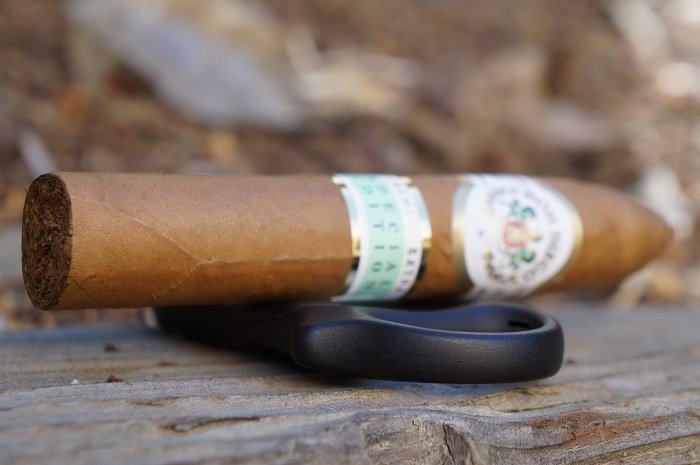 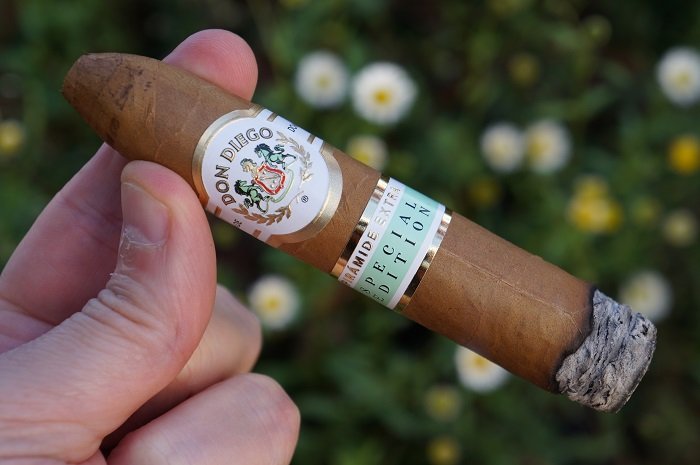 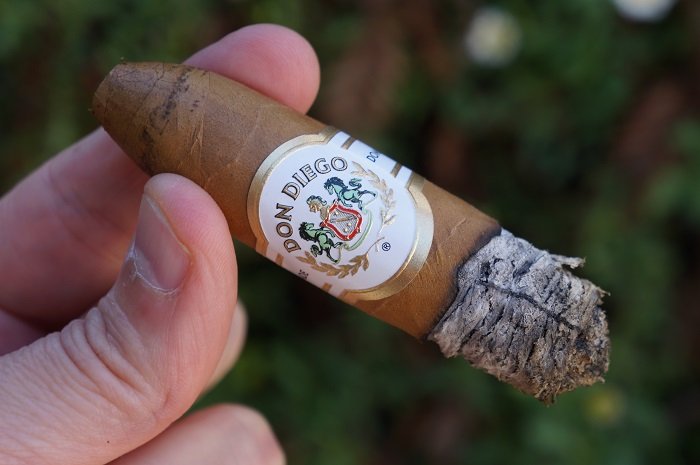 As the final third begins, the toast level increases a bit. At a half inch in, the baking spice is really faint. The retrohale is now musty, toasted cedar with a light burning paper note. The cigar wrapped up with musty, toasted cedar up front, the burning paper a bit further behind than it was earlier in the third and a faint baking spice in the background. The strength remained at slightly below medium. 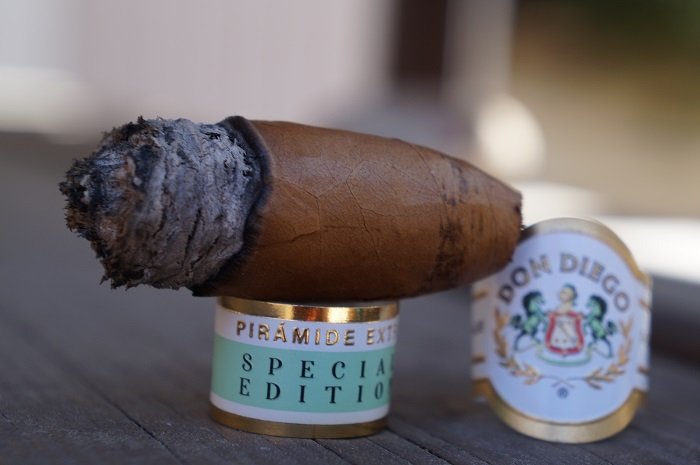 The burn was perfect throughout and the ash held on in inch and a quarter increments. 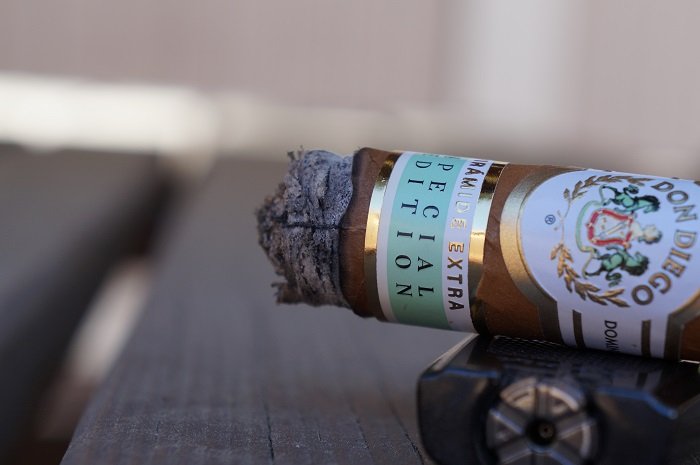 The cigar began with lightly toasted cedar and a light burning paper note. Some creaminess joined in fairly quickly and then a mild baking spice a bit later. The second third saw the creaminess transition to mustiness and maintained that profile through to the end. Construction was great aside from a slightly tighter draw than I prefer. The Don Diego Special Edition Pirámide Extra had an average flavor profile throughout. The burning paper note is something that can easily torpedo a flavor profile, but this profile did a good job of not letting it get out of hand. Still not a great component to have, and even without it, I’m not sure that the profile would be elevated. The price point is fair for the experience, but there are plenty of other Connecticut shade cigars I’d reach for before coming back to this one.